#1. Where is Machu Picchu located? Machu Picchu is nestled high in the cloud forest on the edge of the Peruvian Amazon. Its mountainous terrain is situated comfortably above the Urubamba River and is only about 50 miles northwest of Cusco – what was once the capital of the Inca Empire. #2. Machu Picchu is located more than 7,000 ft (2,430 meters) above sea level! #3. In 1983, Machu Picchu was declared a UNESCO World Heritage Site. And since 2007, Machu Picchu has been recognized as One of the New Seven Wonders of the World. #4. When was Machuu Picchu built? Machu Picchu means “Old Peak” in the native Quechua language. The name is fitting because Machu Picchu is said to be built in the 14th century – sometime around 1450. 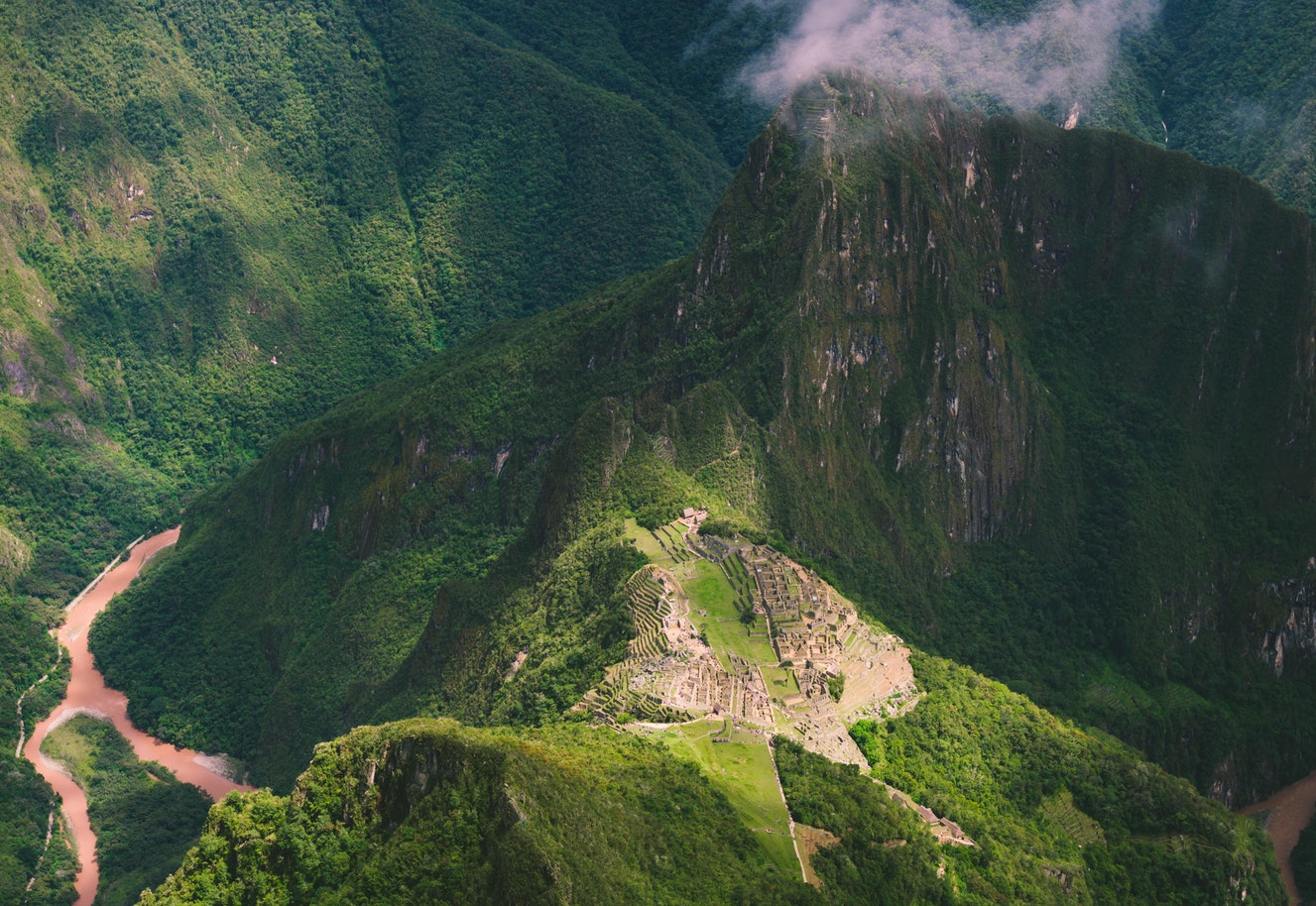 Keep reading! There are more facts about Machu Picchu!

#5. The ruins are spread across a 5-mile distance. More than 3,000 stone steps link its many different levels and there are about 150 buildings ranging from baths and houses to temples and sanctuaries! #6. Archeologists suggest that 60% of the construction was underground, indicated by deep building foundations and crushed rock for drainage. #7. It is said that each stone used to build the structures weighed approximately 50 pounds, and no wheels were used to transport these rocks up to the mountain! #8.When was Machu Picchu discovered? The site was once one of Peru’s best-kept secrets. It was only until 1911 when an American archaeologist named Hiram Bingham discovered Machu Picchu. Up until then, Machu Picchu was only known to the people living in the region. 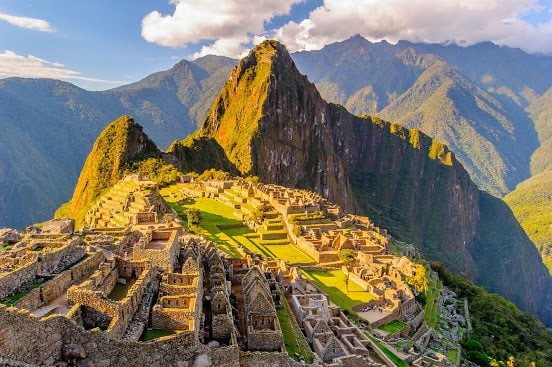 #9. #9 on our list of Machu Picchu Facts is…After his discovery, Bingham wrote a book called “The Lost City of the Incas” based on his findings. His book was a hit and spread like wildfire across the world. In time, the beauty of Machu Picchu described by Bingham began to inspire travelers to explore the site via the famous Inca Trail. #10. The stone structures were built with a technique called Ashlar (stones that are cut to fit together without the help of mortar). The terraced fields and the irrigation system of the site are a true testimony to the Incan masons. #11. Why was Machu Picchu built? Many theories exist about the purpose of Machu Picchu. Some believe that Machu Picchu served as a royal estate for Incan emperors while others believe that it was a religious and sacred site. Other theories suggest it was an ancient trade center while others say it was used as a prison. Which theory do you believe? #12. Next up on our list of Machu Picchu Facts is…Archaeologists suggest that the ruins comprise various sections such as a farming zone, a residential area, a royal district and a sacred area. 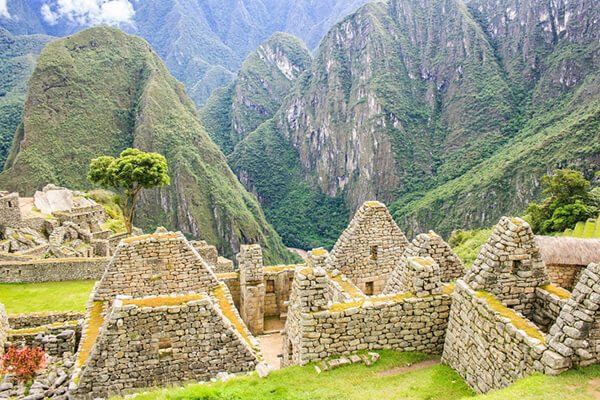 But wait, there are more Machu Picchu Facts to discover!

#13. The Temple of the Sun and the Intihuatana stone (a sculpted granite rock) is believed to have functioned as a “solar clock” or calendar for the empire. #14. During the two equinoxes, the sun stands directly above the Intihuatana stone, resulting in no shadow. The four sides of the Intihuatana stone represent the 4 directions (North, Sou, h, East and West). It was used as a sundial or as an astrological stone back then. #15. The reason for the abandonment of Machu Picchu is still unknown, but the lack of water or an epidemic may have been key factors. However, there are no signs of intervention by the Spanish or German Empire. #16. There was a long dispute between Yale and the Peruvian Government over the artifacts collected by Bingham during his expedition. 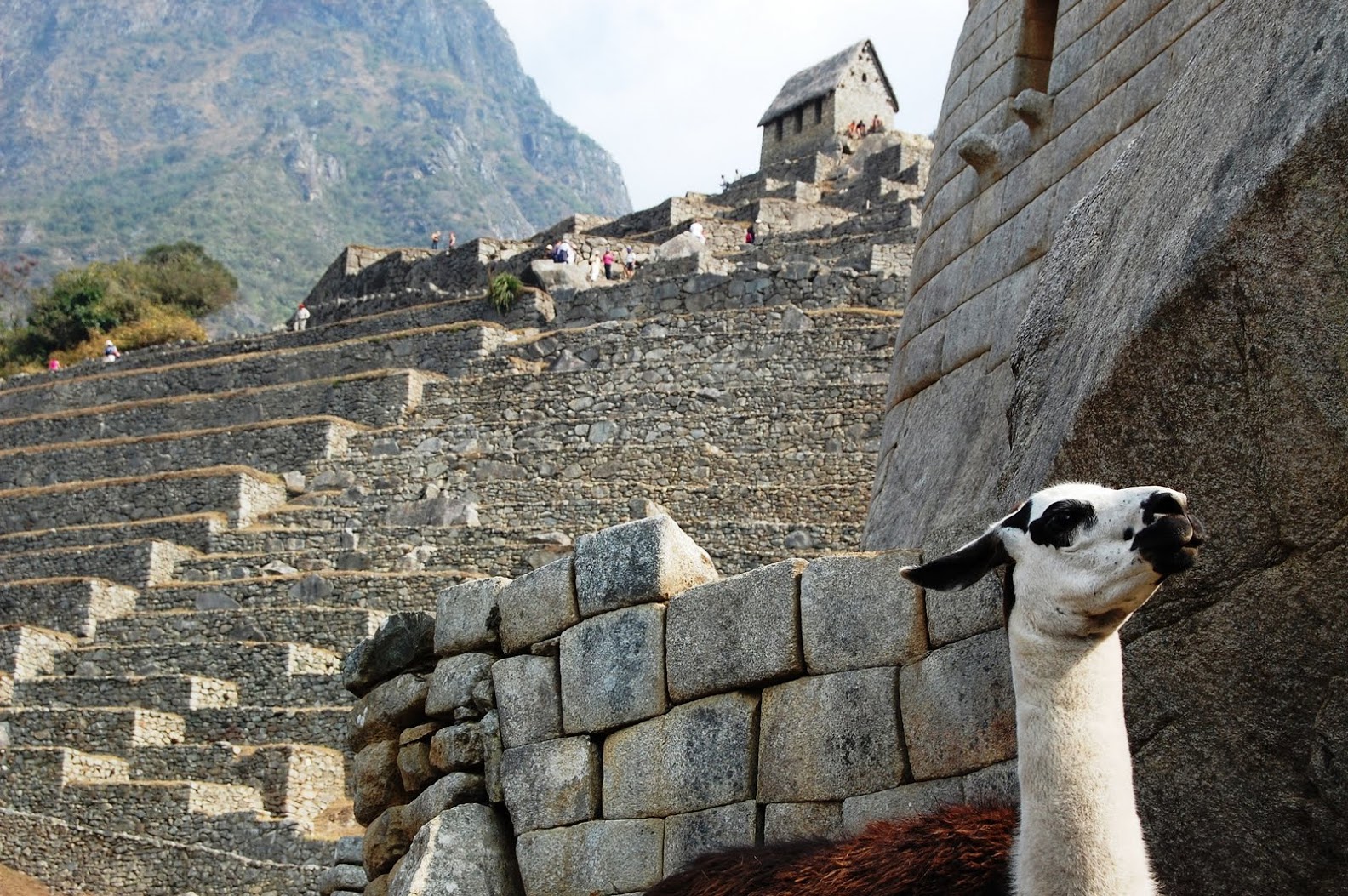 #17. Most cities built by the Inca civilization were destroyed by the Spanish conquest. Why did Machu Picchu survive? Because of its extraordinary height! The mighty mountain and its stone structures were invisible to the Spanish and hence not destroyed. #18. Machu Picchu is an earthquake survivor! The architecture is so strong that it has survived numerous earthquakes ever since its creation. Peru is said to be an earthquake-prone country. #19. Over 30% of Machu Picchu has been reconstructed since its rediscovery. ** We didn’t even know this Machu Picchu Fact until we wrote this article. #20. There are many things still to be found! Due to the climatic and geographical conditions such as elevation, fog, and rain, not everything has been discovered. Watch out for a new discovery on your trip to Machu Picchu!

Want To Plan Your Own Dream Machu Picchu Tour?

Send Us An Email Or Give Us A Call Today And Plan Your Trip To Macchu Picchu!