An Amazon Jungle Boat Cruise on the Motor Yacht Tucano

A Journey Through the Amazon Rainforest

Is there anything more enticing than an Amazon Jungle Boat Cruise? On the heels of Michael Palin’s new book on Brazil and his forthcoming BBC TV series on Brazil, we want to encourage those interested in Brazil to consider an Amazon Jungle Boat Cruise on the Motor Yacht Tucano. This Amazon River cruise boat is one of the most authentic ways to travel deep into the Amazon Rainforest and enjoy the sights and sounds that the Brazilian Rainforest has to offer. 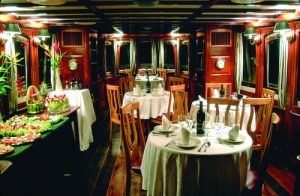 Authenticity and Elegance on the Motor Yacht Tucano

The Motor Yacht Tucano takes the Amazon Jungle Boat Cruise experience to a whole other level than other typical Amazon cruise boats. A Tucano cruise boat is smaller than most cruise boats, making it easier for the Tucano to explore smaller tributaries and islets, and for passengers to spot a variety of flora and fauna. The Tucano yacht was crafted in the traditional 19th-century Steamer style, with wood beams and comfortable cabins. All cabins are equipped with lots of windows, air conditioning, and private bathrooms. There are viewing decks and an elegant dining room, all to make the river cruise as relaxing and enjoyable as possible. All meals are served aboard the ship, in the elegant dining room. Your guides will explain the variety of fruits and vegetables from the area, many with exotic tastes and textures. There are also many American style dishes to choose from.

Early Bird Gets the Worm Also, explorations on Tucano cruises begin very early in the morning, the best time for birdwatching and for hearing the jungle awake with the dawn. Throughout the day, you’ll have the opportunity to disembark – at least 4 times a day – and explore the forest beyond the river. And with the Tucano, you’ll have plenty more opportunities for explorations than the typical Amazon jungle boat cruise. Be awed by the flurry of macaws as they pass overhead. Small Groups With a Tucano jungle boat cruise, there are only 9 cabins with a capacity for 18 passengers, so you are guaranteed a small group with personal, professional guides who can teach you how to look for wildlife and answer your questions about the ecology of the rainforest. Also in a small group, you have a better chance at spotting wildlife. You may see capybara, peccary, caiman, pink river dolphins, river otters, monkeys, hoatzin, parrots, parakeets, harpy eagles, butterflies, and more. 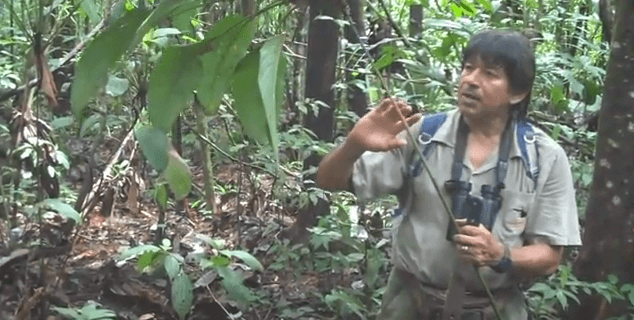 Skilled Guides The guides on the Tucano are skilled naturalists, who have grown up in Brazil and know the rainforest well. They not only can tell you about the science behind the rainforest, but also tell you stories about encounters with the animals, traditions and culture of the local communities, and the importance of conservation and preservation efforts in the Amazon. A typical 8 Day Amazon Jungle Boat Cruise on the Motor Yacht Tucano would go something like this: Day 1: Arrive in Manaus, Brazil, and Embark on the Tucano The Tucano Motor Yacht heads upstream on the Rio Negro, the second major river to the Rio Amazonas. Pass through the Anavilhanas Archipelago, the world’s largest river system, and soon you will find yourself far away from the bustling city of Manaus, and instead tangled among a network of rivers, tributaries, and streams. Once deep in the Igapo forest, it will be easier to spot wildlife such as pink river dolphins and macaws. Hop into outboard motor canoes to explore the rainforest more intimately. You may also want to go for a swim near one of the tranquil beaches, in some of the world’s most clean and refreshing waters. Then return to the boat and relax in a hammock or your cabin as the sounds of the jungle lull you to sleep. 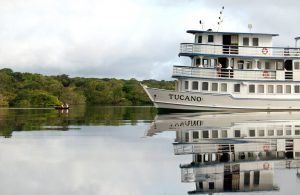 Day 2: Explore Rio Apuau and Lago Turia Early in the morning, before breakfast, slip into a canoe and glide along the water to catch sight of toucans, monkeys, and other early risers. After breakfast, stretch your legs and go for a nature hike through the forest. Your guide will teach you about the flora and fauna that you encounter. Around midday, return to the Tucano for lunch as the boat continues down the Rio Apuau, perhaps stopping to allow for some fishing or swimming. Eventually, you’ll come to Lago Turia, a giant lake surrounded by a river island. In the late afternoon, continue exploring the forest in the canoes, and listen to the sunset chorus of birds and frogs. Day 3: Continue exploring aboard the Tucano This morning, enjoy another early start with a hike or a canoe ride, keeping your eyes open for monkeys and birds.  Then return to the ship for breakfast, and then another exploration. In the afternoon, relax in a hammock or on one of the viewing decks aboard the ship, as it makes its way along the Rio Negro past Lago Buriti. In the evening, you may want to go on a night hike to experience the forest at night, when a noctural animals are wide awake. On these journeys, you may spot caiman, close relatives of the crocodile. Or enjoy looking at the night sky, speckled with stars. 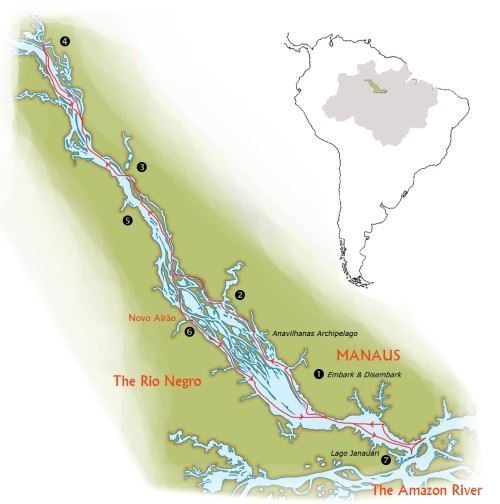 Day 4: Continue exploring aboard the Tucano The Tucano Amazon Jungle Boat Cruise will continue to make its way along the 200 miles or so towards Rio Jauaperi. The boat will stop along the way so that you can continue exploring the different parts of this true rainforest wilderness. This part of the rainforest is called the varzea, much thicker and richer than the terra firme or the Igapo types of forest. Spend the late afternoon exploring as animals come out to feed again, after the heat of the day. Then relax on the observation decks, enjoy hors-d’oeuvres as the sun sets. Day 5: Continue exploring aboard the Tucano Depart from the Rio Jauaperi region and head downstream on the Rio Negro, exploring a new variety of rainforest habitats. In the daytime, continue to scout for wildlife via canoe rides and walks in the forest, or try your hand at piranha fishing – nearly everyone can catch one! At night, continue the hunt for nocturnal wildlife. Day 6: Continue exploring aboard the Tucano Cross into the western section of the Rio Negro, exploring new habitats as you go along the river. Stop at the fishing and boat-building village of Novo Airao. There are a few villages dotting the river shores, but these are few and far between. You may have the chance to see how local tribes live in the Amazonas region. Tonight, the Tucano will go downstream and reach the confluence of the Rio Amazonas and the Rio Negro, called the “Meeting of the Waters.” By the next morning, you’ll be able to see the confluence, with the Rio Negro’s darker waters juxtaposed with the Amazonas’s lighter colored waters. Enjoy a caipirinha (Brazilian cocktail) and listen to samba music late into the evening.

Day 7: The Meeting of the Waters & the Lago Janauari Ecological Park Early this morning, explore the Lago Janauari Ecological Park, where a flooded forest thrives. This area is usually a very good place to observe wildlife. Around midday the vessel will travel to the “Encontra das Aguas,” or Meeting of the Waters, a several-mile-long line where two of the world’s largest rivers, the Amazon and the Negro, meet, but do not mix because of their different densities. In the afternoon, scout out one of the hidden streams in the area to try to see more of the Amazon’s beautiful and bizarre creatures. Tonight there will be a farewell dinner and time to prepare for an early departure tomorrow morning. Day 8: Return to Manaus Early this morning, after a hearty breakfast, you’ll reach the port of Manaus and will be greeted by a guide, who will take you to the airport for your flight home. Alternatively, you can spend an extra day in Manaus, taking a city tour to see this fascinating city in the Amazonas. Manaus became a booming city of over 1 million residents due to trade in rubber, timber, and other commodities. Interested in taking this Amazon Jungle Boat Cruise? Check out the full itinerary for the Tucano Amazon Cruise here. And watch this video to see what you might encounter on an Amazon River cruise: