Cable cars are reaching new heights in the southern hemisphere. Countless cities in South America rest along the mighty Andes Mountains, and no train or bus can navigate the steep hillsides. Therefore, cities have turned to the sky for a transportation solution. Though primarily used for tourism, cable cars are transforming the cityscape and reinventing the modern South American metropolis. There is no better way to see a city than from above. Hop aboard one of the following cable car systems and expect to see some of the best 360-degree views! 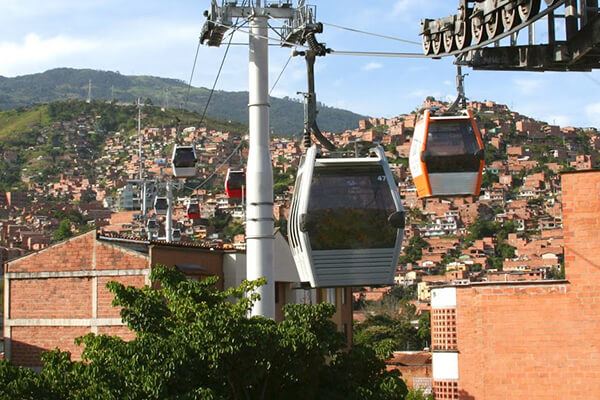 Medellín, the poster child of the 21st-century city in South America, was voted the most innovative city in the world in 2012 and for a good reason. The city’s urban planning and infrastructure reinvented itself and empowered its citizens. Medellín’s Metrocable system opened in 2004, as the first cable car system in the world used as a mass transit option. The cable car system seamlessly connects to the Medellín Metro. Citizens and guests can easily travel from the center of the city to the outlying areas lining the hills. Its success has spawned new lines. The newest line, Line H, opened in late 2016. Line L takes travelers to Arvi Park, perfect for escaping the hustle and bustle of the city. Since Medellín’s successful venture in aerial mass transit, Rio de Janeiro, La Paz, and Caracas have followed Medellín’s lead to build cable car based transportation networks. Read more >> A Great Reason for a Medellín Tour 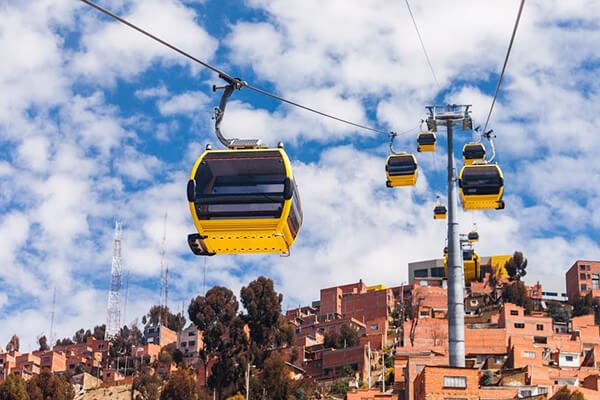 La Paz holds the title of the highest administrative capital in the world, and its urban growth has flown up the surrounding mountainsides. The city opened the Mi Teleferico system in 2014 to solve a mass transit and pollution problem plaguing the growing capital. The system’s primary goal was to link La Paz with the El Alto which sits 1,350 feet above the capital. Mi Teleferico’s three lines stretch over 6 miles, and more lines are currently in development. In 2015, Mi Teleferico saw terrific success with an annual ridership of 43 million people. Due to its popularity, the city plans to expand the system to 7 lines and increase the total distance to over 12 miles. With these changes, it will become the longest cable car network in the world. Read more >> Machu Picchu & La Paz City Tour 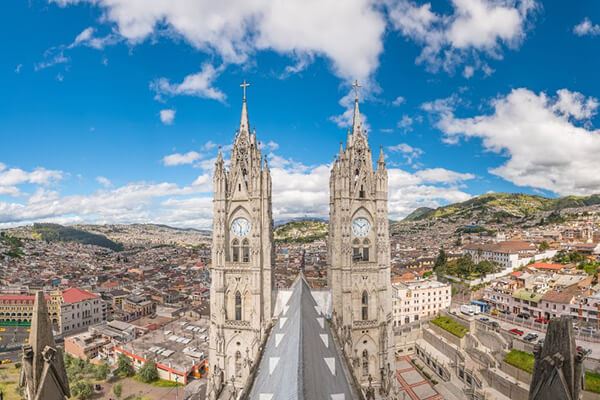 Quito’s Teleférico climbs the East side of Pichincha Volcano to Cruz Loma which sits 13,487 feet above sea level. Quito’s cable car opened in 2005 as a tourist attraction and transported visitors to the peak on a twenty-minute ride. On a bright day, you may see Cotopaxi, Cayambe, and Antisana Volcanoes looming in the distance. For adventurers acclimated to the high elevation, continue hiking for about three hours to the peak of Rucu Pichincha, about 1,500 feet above Cruz Loma. It has a beautiful view! Read more >> Quito, Cuenca, Avenue of the Volcanoes Tour 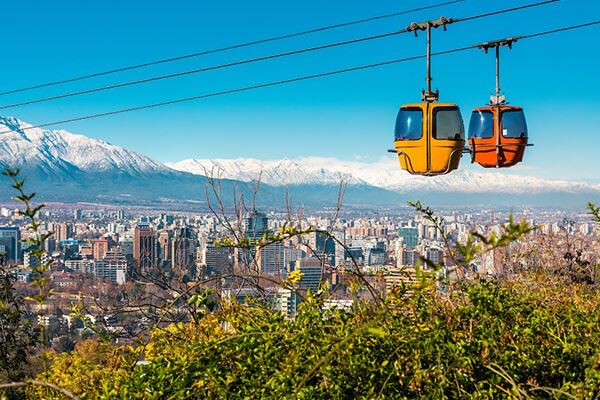 Santiago’s Teleférico Metropolitano whisks visitors up the slopes of San Cristobal Hill on a 3-mile journey to one of the city’s most prominent parks, Metropolitan Park. Metropolitan Park is the largest park in Chile and covers over 1,730 acres. Throughout the park, you will find walking and bicycle paths, the national zoo, a botanical garden, and numerous public pools. The system, created in 1980, was reopened with renovated cars in late 2016. Today, the cable car network consists of 46 cabins, 8 of which, have been specially designed to carry bicycles so you can bike throughout the park. Read more >> Santiago City Tour & Easter Island

Are you ready to view the South American continent via sky? Call us today and our expert Travel Consultants will help you customize the perfect South America tour for you! Incorporate city tours, where you can fully optimize your chance of soaring high in a cable car. The sooner you plan, the less stress you will feel, and the better your trip will be!