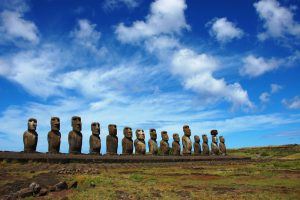 The Mystery of Easter Island

Easter Island was named by a Dutch explorer, who encountered the island in the early 18th century. At the time, the people of the island, called Rapa Nui, had built large moai statues that were scattered about the island. These moai, and the ahu altars they were built upon, carried religious significance for the islanders. But by the time of the arrival of the Europeans, the Rapa Nui were suffering from in-fighting, and many of the moai were toppled or defaced. Today, many of these moai are still visible, some restored and standing as they once were, while others lie just as they were when the Europeans arrived. 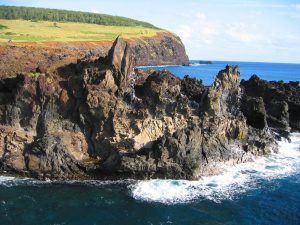 On an Easter Island and Machu Picchu Tour, you’ll spend several days exploring the island and the Rapa Nui National Park. You’ll see hundreds of moai statues, peer into extinct volcanoes, examine cave dwellings and ahus and petroglyphs, and relax on the white sandy beaches of this isolated Polynesian island. If you’re short on time, you can opt for the Santiago and Easter Island Tour, which leaves out the Peru portion of the trip and focuses on the Chilean capital of Santiago, the surounding Maipo River Valley and vineyards, and leaves plenty of time for exploring Easter Island.

The Mystery of Machu Picchu 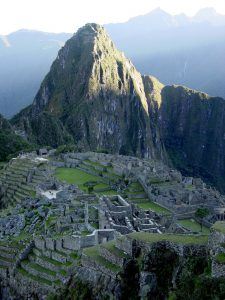 Part of the attraction of Machu Picchu is that this Inca city has an aura of mystery: why did the Incas built such a magnificent city in such a difficult-to-reach location in the first place? The Spanish conquistadors razed nearly every Inca site in Cusco and the Sacred Valley, but Machu Picchu was one of the few to go unscathed, most likely because the Spanish couldn’t find it. For centuries, it lay nearly forgotten until some local farmers showed it to an American explorer in 1912. Today, Machu Picchu has earned an international reputation as one of the most marvelous human-made wonders of the world. On an Easter Island and Machu Picchu Tour, you’ll have the opportunity to travel deep into the Peruvian cloud forest, stopping first in Lima, then in Cusco, and then taking the train through the Sacred Valley. Once you reach the edge of the cloud forest, where orchids and bromeliads and thick vegetation threaten to cover every corner of civilization, you’ll know you’re close to Machu Picchu. Spend the day with a professional guide, who can show you the important aspects of Machu Picchu and explain to you the history and significance of the this great Inca city.

Combine Easter Island and Machu Picchu in one ultimate vacation!

Interested in learning more about this Easter Island and Machu Picchu Tour? Contact our team of travel consultants for more info.