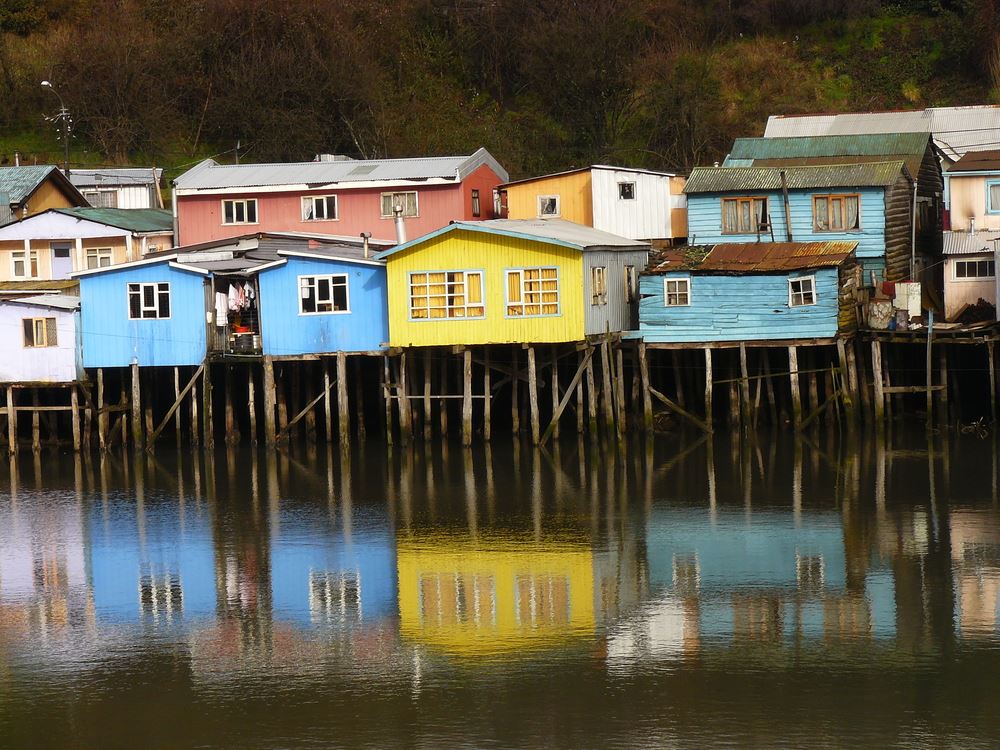 There’s good news for travelers to Chile who want to see more of Chile’s highlights in a shorter amount of time. LAN Airlines will be starting flights from Santiago to Chiloé, the picturesque island that until now was only accessible by ferry. This new flight route will make a side trip to Chiloé Island much more feasible for travelers who only have a day or two to explore the island. Once construction on the new airport is finished this winter, LAN Airlines will start flights from Santiago (SCL) to Mocopulli airport (WCA), located 20km from the island’s capital, Castro. The route includes a short stopover at the Puerto Montt El Tepual International Airport (PMC). Total flight time is 2:45 hours aboard a Express Airbus A320 aircraft. The Puerto Montt-Mocopulli portion of the route is only 35 minutes. Flights will depart on Wednesdays, Fridays, Saturdays, and Sundays. Airfare starts at$84 plus tax for the Santiago-Chiloé route, and $16 plus tax for just the short flight from Puerto Montt-Chiloé. The new service cuts out many hours from the journey between Santiago and Chiloe Island. Until now, travelers had to fly from Santiago to Puerto Montt, then drive south to take the ferry across the Chacao channel to Ancud on the northern coast of Chiloé Island. This route is still available for those who would like to drive along the coast and take the ferry.

In a press release from LAN Airlines, the C.E.O was quoted as saying, “[…O]ur objective is to continue contributing to the development of Chile and its regions; to connect the country and the world. We believe that our operation in Chile will help drive the economic and touristic development of an area that is of great importance to Chile, and this makes us very happy.” Chiloé Island, and specifically the town of Castro, is known for its colorful palafitos, or houses built on stilts over the water. The island is located near the Lake District towns of Puerto Montt and Puerto Varas, and these 3 towns are well-worth visiting while on a Chile tour. We recommend the 8 day Chilean Wine and Lakes Tour, which starts in Santiago with wine tasting tours and a city tour, continues to the beautiful coastal towns of Valparaíso and Viña del Mar, then goes to Puerto Montt and Chiloe Island, and then winds through the stunning landscapes of the Chile Lake District. On Chiloé Island itself, explore the Museo Regional, several historic chapels and churches, its colorful palafitos in the Gamboa harbor, and a model of the very first steamship in the Chilean Navy. Some of the churches of Chiloé have been declared UNESCO World Heritage Sites and are well-preserved. Visit the Lillo handicrafts market and the Feria Campesina (farmer’s market) to shop for handmade goods.

Learn more about Chile Tours that include Chiloé Island!