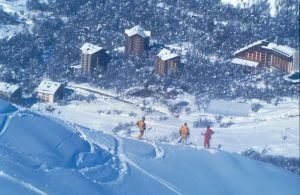 Not only is the Las Leñas Argentina ski resort one of the largest ski resorts in Latin America, it also has the reputation for having the best powder on the continent. As you would expect with these kinds of credentials, Las Leñas, with South America’s most modern lift system, is also one of the more exclusive resorts. Las Leñas is located on the Eastern slopes of the Andes Mountains in the Mendoza Province of Argentina, close to the border with Chile. It is reached by plane to San Rafael airport, then taking a land transfer to Las Leñas. Being in the Southern Hemisphere, the ski season is the opposite of the season in Europe and North America, running from mid-June to mid-October. This makes it a great option for those looking for an alternative summer holiday, or serious snow-sports enthusiasts who crave year-round access to the slopes! 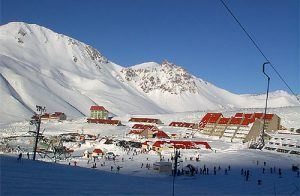 The Las Leñas Argentina ski resorts offer something for everyone, with slopes ranging from the very easy to extreme: there are a number of green, blue, red and black runs. The ski and snowboard school offers lessons for all levels, whether you’re a beginner taking to the snow for the first time, or an expert looking to try a workshop on off-piste skiing. There are 13 lifts at Las Leñas, all named after Roman and Greek Gods. Whether you opt for Venus, Neptuno or Eros, you’ll find a non-stop service from 9 am to 5 pm every day, and shorter lines than you might expect for such a great resort!

Accommodation at Las Leñas is generally at the higher end of the scale. Two great examples include the 4 star Scorpio and if you’re looking to treat yourself, the 5 star Piscis. At the Scorpio, you can make the most of the incredible ski-on/ski-off location, at the base of the main lifts. The Piscis, on the other hand, is considered to be the best hotel in the Las Leñas Argentina ski resort. Ease your aching muscles into your private bathtub after a long day on the slopes, before warming yourself by the fireplace in your room. Breakfast and dinner are both included, with a daily breakfast buffet and a choice of two restaurants for the evening meal. Additionally, the hotel offers a casino, nightclub, heated indoor and outdoor swimming pool, Jacuzzi, sauna and masseuse. 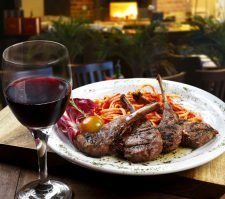 There are few things better than getting together at the end of a day’s skiing or snowboarding to share your stories from the slopes. Whether you do it over a dinner of classic fondue or Argentine steak, or you want to let your hair down in one of the nightly discos, Las Leñas Argentina ski resort has it all. International cuisine can be found at Cuatro Estaciones (four corners), one of the restaurants in the excellent Piscis hotel. If it’s Argentine steak you’re after, Restaurant Club de la Nieve is your best bet, not to mention that the restaurant also serves the best fondue in the valley! Our pick, however, is Bar Edelweiss, where culinary students at the Universidad Nacional de Cuyo prepare international dishes to the highest standard. Night owls looking to continue the après-ski into the early hours have the choice of two discos; Ku, located in the pyramid shopping centre and open from 11pm until 5am, and UFO point, open from 4pm until 3am. For something a little different, head to the highest-elevation casino in the world at the Piscis hotel. You’ll find American roulette, baccarat, red dog, blackjack tables, and over forty slot machines. The dress code is informal.

The Las Leñas ski resort Argentina is the only one in South America to offer night skiing, available Wednesdays and Saturdays until 7pm (weather permitting). The illuminated, 2000 m trail is a must-do for Las Leñas visitors! Other winter activities include hiring snowshoes for a different perspective of the mountain, and cross-country skiing, suitable for intermediate and advanced skiers. Las Leñas is also open during the summer months (October to June), when you can take part in a wide variety of mountain activities; for example, mountain biking, hiking, climbing and horse riding.

All in all, Las Leñas Argentina ski resort is a fantastic destination for those looking for a high-quality winter sports holiday. At SouthAmerica.travel, we offer holiday packages to Las Leñas at competitive prices, so why not get in touch today to find out more? 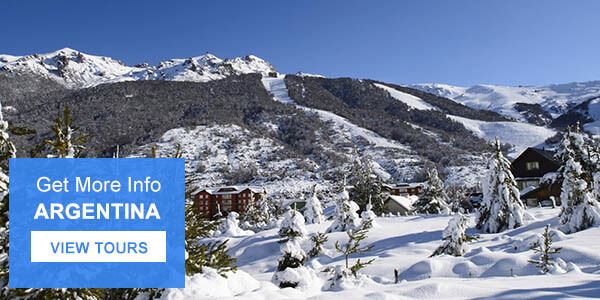