What to See & Do on a Salvador Bahia Tour
Brazil Tours

What to See & Do on a Salvador Bahia Tour 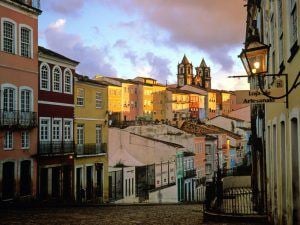 When it comes to tours and sightseeing, one of my favorite topics is Salvador da Bahia. On a Salvador Bahia tour, you can learn about Brazil’s colorful history and experience Bahia’s unique Afro-Brazilian culture. Salvador da Bahia is the capital of the state of Bahia, which is a huge swath of land on the coast of Brazil, just north of Rio de Janeiro. Salvador da Bahia is unique, rich in culture and history, and full of myths and traditions. When you travel to the state of Bahia and visit Salvador, it is not like just visiting another part of Brazil — it is like visiting an entirely different country, one where time seems to have stood still since the 18th century. 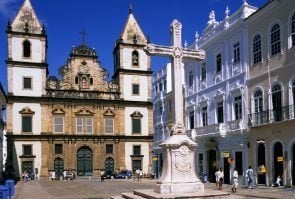 Salvador da Bahia was the original capital of Brazil (later it was moved to Rio de Janeiro, and now it is Brasilia). On a Salvador Bahia tour, go on a historic walking tour of the city. See the Pelourinho, the main plaza and “pillory” during the colonial era. Walk down the cobblestone streets past palaces, mansions, and churches also built in the colonial era, the heyday of Salvador. Check out our Salvador Bahia Tours that include this historic city tour. What makes the state of Bahia, and Salvador especially, so unique from the rest of Brazil is the history of its immigrants. Bahia is in fact more a transplant from Africa then a part of South America. Many traditions from the African West coast, like from Ghana and Angola, are alive today in Bahia, but forgotten in its place of origin. As you walk through the city streets, you may see ladies wearing wide skirts, a typical dress of the Bahianas.

African History and Culture in Bahia 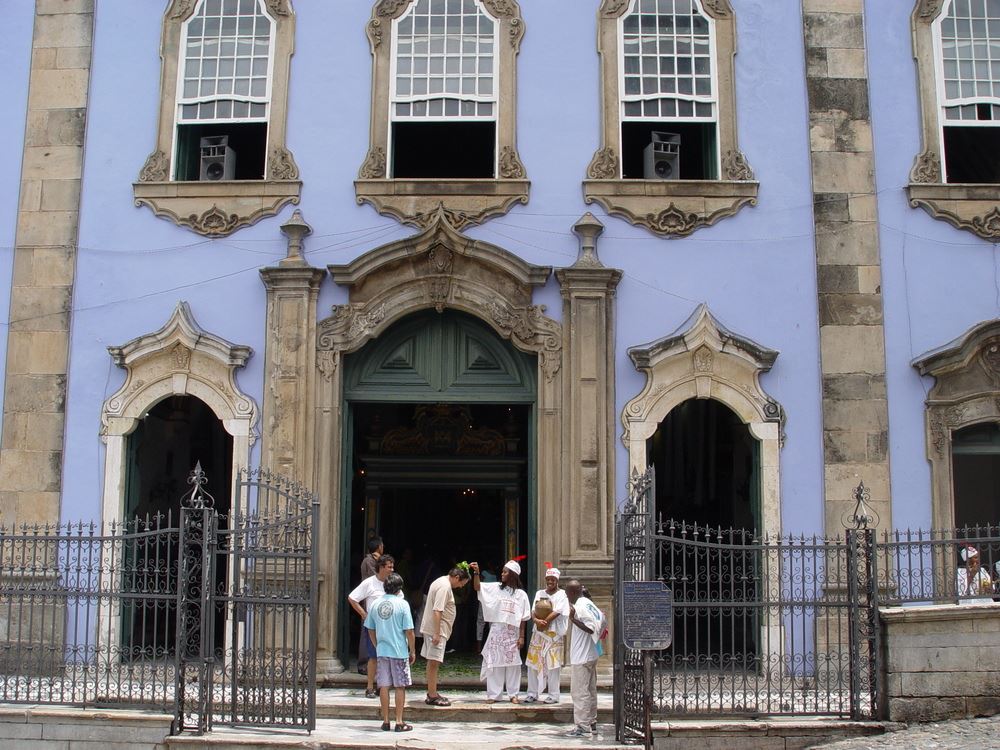 When the Portuguese first arrived in Brazil, they landed in the Bahia Bay. They then trafficked huge amounts of African slaves to work on sugar cane plantations and tobacco fields. So overwhelming was the presence of African slaves, that up to today it is hard to find caucasian Bahianos. While sugar was the relatively cheap export, Bahia also stands for excellent tobacco. Cigars that equal the famous Cuban Havanas in price and quality. Dannemann’s still maintains a manufacturing site in the hinterland of Bahia. The city with the most important tobacco industry, Cachoeira, rivals the famous UNESCO Heritage Site Ouro Preto in colonial architectural richness. Other cities that you can visit on a Salvador Bahia tour are built on slaves in an unexpected way: former quilombos, places where escaped slaves could hide. Nowadays it is quite difficult to tour a Bahia Quilombo as the government tries to protect the communities, their cultures, and their languages. Many Quilombos chose to remain isolated. As a matter of fact, it was not until recently that Quilombos were discovered. The last large Quilombo was located in Remanso, where until the 1960s, the locals (mostly the children of former mining slaves) were not aware of the fact that slavery had long been abolished in Brazil. One of the Quilombo’s that can still be visited is Kaonge near Cachoeira, about 3 hours from Salvador. Tours to this community are especially popular in mid-August during the Boa Morte Festival. 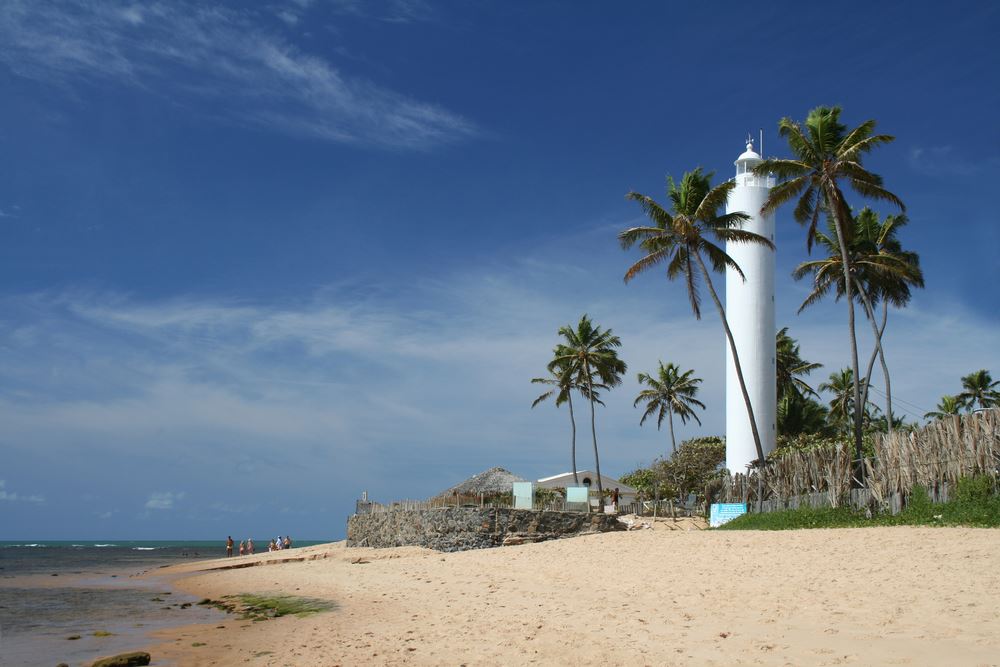 Today, a Salvador Bahia tour *must* include a tour of it’s beaches and cliffs. From white beaches to the famous church of Nosso Senhor do Bonfim overlooking the Itapagipe Peninsula, your first impression of tropical Bahia will take your breath away. Just spend the day at Praia do Forte, or you can take a ferry ride through the Bay of All Saints, passing islands and islets including Itaparica. Also visit the Sea Turtle Preservation Project at Praia do Forte. The Coast of the Conquerors tour includes Salvador, Olinda, and Recife. Another gem that a tour of Salvador da Bahia needs to include is the palm-lined white sandy beaches of Morro de São Paulo. Just cross the bay and you can experience Bahia at its most tranquil: no cars, no big hotels, just charming B&Bs called “pousadas” where you can put up your feet in a hammock and sip a caipirinha. Check out our recommendations for Salvador Bahia Hotels. Another excellent trip idea while you are on a Salvador Bahia tour is to visit the hinterland of Bahia and go to the former diamond mining town of Lençois for hiking and swimming under waterfalls. The Chapada Diamantina is a breathtaking landscape full of waterfalls, hills, valleys, and plateaus with plenty of great hikes to choose from. Read our previous blog post on Hiking in the Chapada Diamantina, or view our Rhythm & Diamonds tour that includes Salvador and the Chapada Diamantina. 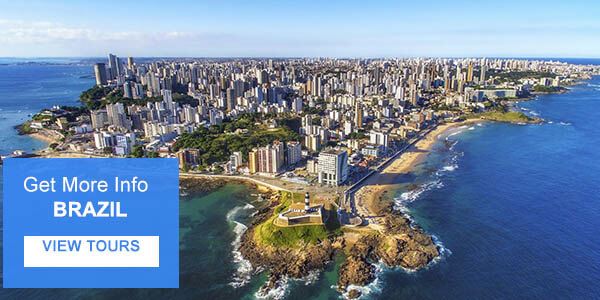