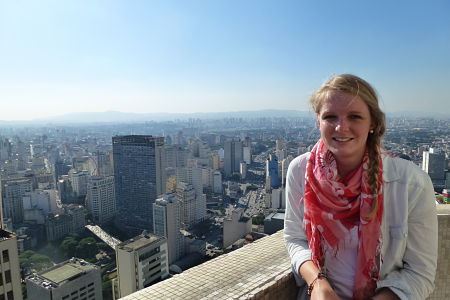 São Paulo, Brazil is a metropolis of more than 12 million people. Upon first glance, the city does not have many touristic attractions, which is partly true. It doesn’t show off with beautiful nature, nor with many famous sights to see. However, if you are interested in diving into the diverse sceneries it offers and exploring a city less known by tourists, you’re in the right place! Let’s take a look at popular spots such as The Centro, Avenida Paulista, and find out what types of restaurants and nightlife the city has to offer.

The Centro- São Paulo, Brazil The Centro (Central Zone) of São Paulo is one of the largest business and commercial areas on the continent. A city tour through the old part of the district is a good starting point to begin discovering. Wander around Praça da República and its Sunday market; grab a few souvenirs and some street food. Pastel, a huge kind of dumpling stuffed with different ingredients, is always a good option, followed by cakes and sweets to top it off. Walk around Centro’s streets and pass the Municipal Theater to get to Anhangabaú, a nice park and finally a glimpse of something green in between all the skyscrapers. 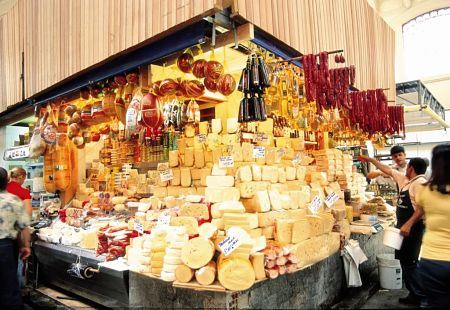 Next we’re on to the bank district, full of impressive buildings including Banespa Tower. From here, you have an excellent view over the city. Looking in some directions you can’t even see the horizon amidst the high rises. The Itália Building is another good option to see the gigantic extent the city falls into. From Banespa, go to the Municipal Market (pictured above), where you can get a bunch of tropical fruit you have never seen or heard of before. Just don’t linger at one stand for too long so you can try different vendors without having to buy every item — the prices are shocking! Make sure you leave some space in your tummy for the famous Mortadella sandwiches in the upper part of the market. They are enormous!!! 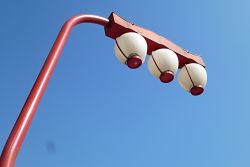 Upon heading back, stop at the Galeria do Rock, which is a shopping center featuring music stores, skate shops, tattoo studios, and whatever else you can imagine when thinking about Rock and Roll. Not as much in the center but still worth visiting is Liberdade, which is not far from Praça da Sé, the cathedral in the Centro. Having arrived in Liberdade, preferably on a Sunday, step into a neighborhood mostly occupied by Asians, including the largest Japanese community outside of Japan. An Asian style market awaits you with gimmicks, food and fresh juices. Even the street lights are designed in an Asian style. If you’re into Karaoke, you’ll find various bars around this neighborhood to prove your voice. >>Quick Links: Check out the Galeria do Rock on Twitter and Facebook Avenida Paulista & Surroundings- São Paulo, Brazil 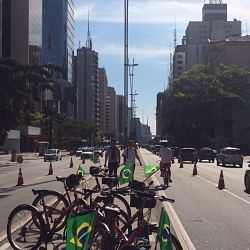 Though it is quite exaggerated to speak of nature or outdoors concerning São Paulo, there are at least a few options to consider. Bike tours will take you through either Avenida Paulista, the city’s broadway, or the park of Ibirapuera. I myself toured Avenida Paulista, which offered the opportunity to ride along the partially closed street on a Sunday — a project initiated to promote bike riding around the city. An audio guide tells you historical facts while you ride (or at least when stopping at the sights). If you are interested in art, the Museu de Arte de São Paulo (MASP) is right on the Avenida and definitely worth a stop. It is equipped with European art as well as the greatest collections of the Southern hemisphere. Don’t forget to stop at Casa da Rosa — an old colonial house and nowadays a library — surrounded by beautiful rosebushes. You’ll see similar houses along the street, dating from the time of the coffee boom when colonialists lived along the main trade route. The street still maintains its original purpose with many internationally operating companies located here. Interestingly, many of the shops function as drive-ins, as the streets are usually packed with cars and there are no parking lots nearby. So don’t be too surprised if you stroll along Avenida Paulista and notice a car parked inside a random shop. 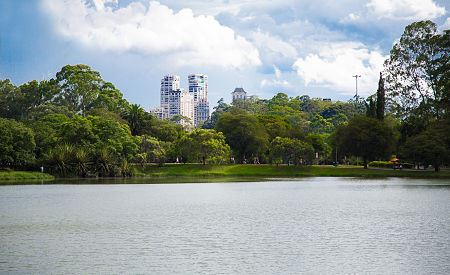 But back to nature! Ibirapuera, São Paulo’s Central Park, offers a great variety of outdoor fun. Run around the lakes or rent a bike to cycle all the way up to the skate park, where Paulistas of every age try their best at skateboarding and rollerblading. At the front of the park is another museum in the Oscar Niemeyer building, perfect for rainy afternoons. The concert hall is large enough to accommodate big performances, and there is an open air stage that often hosts free concerts such as the famous Bobby McFerrin (Don’t Worry, Be Happy). Restaurants & Nightlife-São Paulo, Brazil 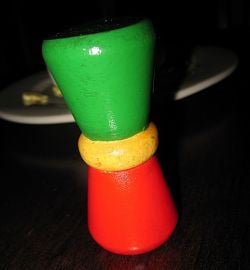 São Paulo definitely offers one of the greatest restaurant and nightlife scenes throughout the world. In South America alone, it must compete for reputation with culinary capitals like Lima, Peru and Buenos Aires, Argentina. Restaurants can be found almost anywhere you go. Particularly famous for their variety of options are the neighborhoods of Pinheiros and Vila Madalena. A must-do is the Saturday tradition of Feijoada, a bean dish with rice and various meats. Also check out a Rodízio in a Churrascaría, a Brazilian barbecue restaurant where waiters walk around with half a pig on a spit, armed with an oversize knife to cut off as much as your plate can hold. Notice: the small device on the table that functions like a traffic light? Turn it to red if you’re full or you need a break, leave it green if you want to try more traditional kinds of meat. Another interesting thing to discover are the food trucks, usually open every Sunday at Praça Benedito Calixto in Pinheiros, where you can also spend an afternoon mingling on the flea market, browsing antiques and other knick-knacks. At night, usually both Vila Madalena and Rua Augusta (one of the crossing streets of Avenida Paulista) are crowded. Casa 92 in the depths of Pinheiros offers various dance floors within a cozy atmosphere in the sense of “make yourself feel at home.” But just for your information, prices are usually high and include consumação, which means you pay a certain price for drinks whether you use the credit or not. >>Video: São Paulo – the most underrated city in the world! (Youtube) To put it all in a nutshell: though São Paulo isn’t able to offer you incredible nature and landmarks like in Rio, it has plenty of other possibilities to discover! For instance, when it rains in Rio you will have a more difficult time finding anything to do, whereas São Paulo provides activities for both sun and rain! Do you have questions about traveling to São Paulo? Or perhaps you’re ready to book? Complete the below form to contact Corinna directly! [contact-form to=’[email protected]’ subject=’News.SouthAmerica.travel- South America’s Melting Pot – São Paulo, Brazil’][contact-field label=’Name’ type=’name’ required=’1’/][contact-field label=’Email’ type=’email’ required=’1’/][contact-field label=’Website’ type=’url’/][contact-field label=’Comment’ type=’textarea’ required=’1’/][/contact-form] About the Author 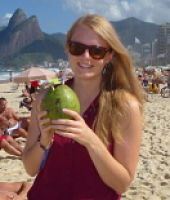 Corinna was born and raised in a small German town close to the Alps. As she was dedicated to traveling, she backpacked through various countries including Australia, Thailand, Ireland and Morocco, and decided to make her dedication more professional. During her studies of Culture and International Business, she started learning Portuguese and traveled to Lisbon for a semester. From then on, she dreamed of going to Brazil for the opportunity to absorb the culture and language. In addition to Brazil, she also made stops in Argentina and Paraguay during her time in South America. Once in São Paulo, the FIFA World Cup started and she felt that this city must be Brazil’s melting pot — especially during such a massive event! Her trip highlights include being taught to Salsa by Colombians, drinking Pisco with Chileans, visiting a Bolivian parade and, of course, making friends with Brazilians. Corinna eventually fell in love with this diverse continent, its people and the amazing landscapes.