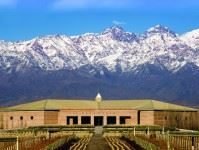 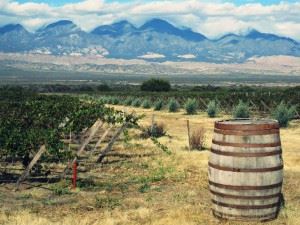 The obvious country for the best South America wines is Argentina. After all, Argentina has the highest per capita consumption of wine in all of South America. Italian and Spanish heritage did not only bring sophisticated European cuisine, but also the habit of having a glass of wine to go with it. Argentines have continued the traditions of their European ancestors, and wherever you see a couple of late-night diners in Buenos Aires enjoying authentic Argentine beefsteak, chances are they are also downing a glass of Argentine red wine. Another reason why the best South America wines are from Argentina is that the weather is perfect for vineyards in the northwest of Argentina. On an Essential Mendoza Wine Tour, one finds 350 days of sunshine. Mendoza has an arid climate, but there is plenty of water running down from the Andes and early settlers pioneered a sophisticated irrigation system. Wines from Mendoza are so perfect, that they do not even have to be stored for years to have them balanced out. Once they are in the bottle, they are ready for consumption. The Malbec red wine is the most famous from the Mendoza region. But unfortunately, these Argentine wines are hardly found in stores abroad. You have to travel to Argentina to appreciate a fine Malbec from the Mendoza region! 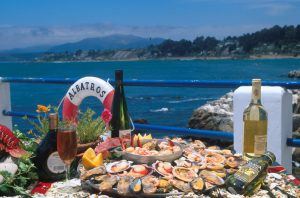 That’s why you probably know more about the wines of Chile. Chile has built up a wine industry geared for export. And the Chileans know how to compete. Chile called in experts and many of the vineyards are managed by companies from France or the USA. Outward-looking Chile also has invested in wine and gourmet tourism. It is not rare to find old “bodegas” converted into luxurious hotels with only a few rooms, but with an exclusive kitchen and cellar meant for cooking classes, gourmet dining, and exceptional wine tasting. And around Santiago in the Maipo River Valley, Chile has the perfect Mediterranean climate for growing grapes. Carmenère, similar to Cabernet Sauvignon, was brought over from France in the 19th century. The European varietal was swept away with a plague, but the Chilean version thrives today. 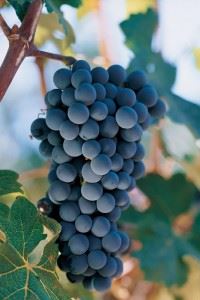 And then there is Uruguay: 10 years ago, a completely unknown country for most of us. Only a few people from the worldwide wine industry knew Uruguay. And they kept their knowledge as a secret for a reason. Often the very best wines elsewhere need a boost of flavor in rainy years, and for that boost, they come to Uruguay for rescue. Uruguay’s Tannats with their deep red (almost black) color and – as the name says – very intense tannins, are often blended with other wines. Today, Uruguay not only produces Tannats but a range of mostly red wines. Nowadays the Tannats have been tamed to perfection. But for those looking for a taste bomb, you can also have a Tannat barrique, adding even more tannins to the Tannat. Uruguay’s, Argentina’s and Chile’s very best wines all have in common their origin in France: the Tannat from the foothills of the Pyrenees, the Malbec from Burgundy, and the Carmenere from Bordeaux. Interestingly, none of these South America wines were brought over by the Spanish Jesuits, who had indeed brought grapes from Europe but were all but completely replaced by the nobler French varieties in the 19th century. For wine lovers who have already been to France, or don’t want to travel so far as France, South America wines are an excellent option. Check out our essential South America Wine Tour, which includes all the wines discussed here, as well as a tour of Buenos Aires with a tango show & dinner!