Colombia is one of the most biodiverse countries in the world.  Sitting near the equator and along various sections of the Andes mountain, it features 58 protected areas and national parks. If you don’t have time to visit them all, I’ve narrowed this list down to the five best national parks in Colombia!

When considering National Parks in Colombia, Tayrona has to launch the discussion. This dreamy destination is perfect for adventurous spirits as well as animal lovers. Tayrona National Park was declared a National Park in 1964 and features stunning beaches, as well as, a wide variety of flora and fauna in the jungle region. Among the highlights are the monkeys, iguanas, lizards and over 400 species of birds! 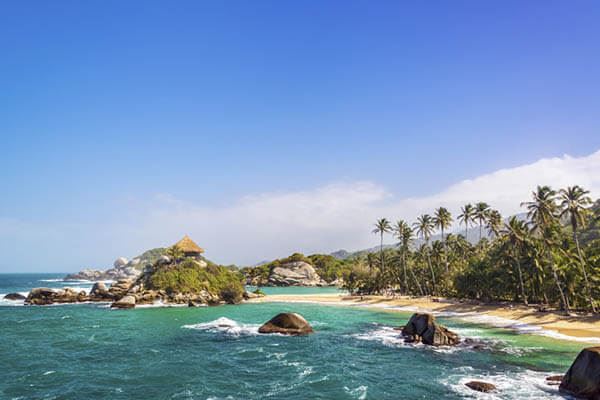 While most people visit for its undeniable beauty, the park also has a very rich history. About 1500 years ago, Tayrona was inhabited by a group known as the Tayrona tribe. The coast and the jungle were their territories for almost two centuries. To this day direct descendants of these tribes (the Koguis) live in the area and carry on the original tribe’s traditions. For more information, take a guided tour of the region. It’s sure to fascinate any traveler.  Read more >> Tour of Tayrona National Park, Colombia’s Best Beach

Located off of the coast of Cartagena is Corales del Rosario & San Bernardo, the only underwater park in Colombia. A large variety of fish swims near the corals in the warm, blue Caribbean Sea. Rosario and San Bernardo Corals National Park is the most visited national park in Colombia, with an average of 300,000 visitors per year! 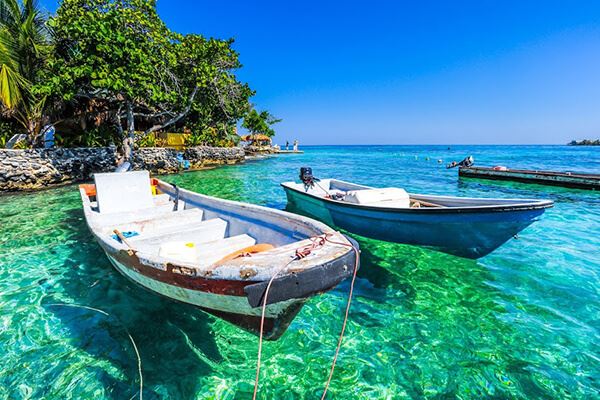 While here, take a day tour to the Rosario Islands from Cartagena. On this tour, snorkel in the deep blue water, and admire the unobstructed views of the beautiful underwater park. After, enjoy the rest of the day relaxing on the island, and indulge in a local meal of fresh fish and coconut rice. Learn how to snorkel on a South America Adventure tour.

This national park is known for the Iguaque Lagoon. The Iguaque Lagoon is a holy site to the indigenous tribe that lived in the region. According to their mythology, the lake is where all life originated. There is a reason these people created this story – the region is breathtaking. It features seven other lagoons that travelers can access through along trails in the park. 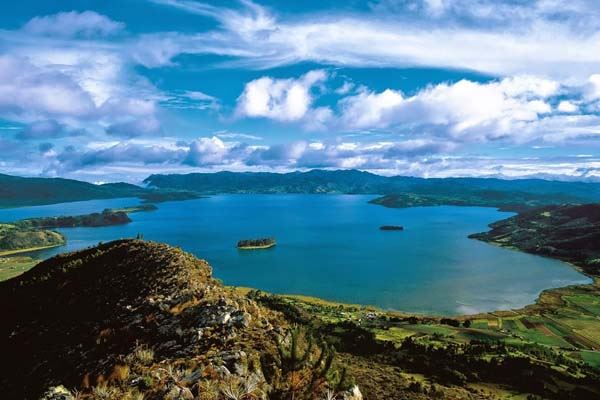 This park is much higher in elevation than the coastal parks and therefore has a cooler climate. The terrain is ideal for travelers interested in light hiking, flora and fauna, photography and indigenous cultures. Climb the enchanted trails through the mist in this hidden gem! Find out more >> Boyaca Colombia Tour, Iguaque National Park

According to some scientists, La Macarena National and Ecological Reserve Park may be the most biodiverse region in the world! As Colombia’s first ecological reserve, the territory was named a national park in 1971. Featuring over 550 species of birds, 1200 insects, 100 reptiles, among others (monkeys, jaguars, cougars, etc.), there is plenty to see here. While the number and diversity of fauna is incredible, Caño Cristales is even more amazing. 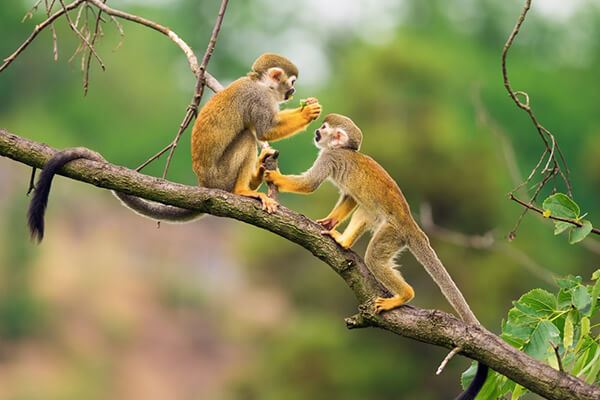 Caño Cristales, commonly referred as the “River of Five Colors,” is a natural wonder in the park. To many, it is the most beautiful river in the world due to its striking colors. Visit between July and December, as the colors of the water tend to be incredibly vibrant during these months. Find out more >> 5 Must See National Parks in South America

Located on the Amazon River, this destination is a hotbed for flora and fauna. Immediately upon disembarking in Leticia, you will notice the unique heat and humidity that is only found in the Amazon. The climate here is responsible for a diversity of tropical wildlife and plants, including over 100 unique species of monkeys! Many travelers enjoy viewing the pink dolphins that inhabit the fresh water in the area. For an optimal stay, spend a few days at one of the all-inclusive lodges located on the Amazon River. 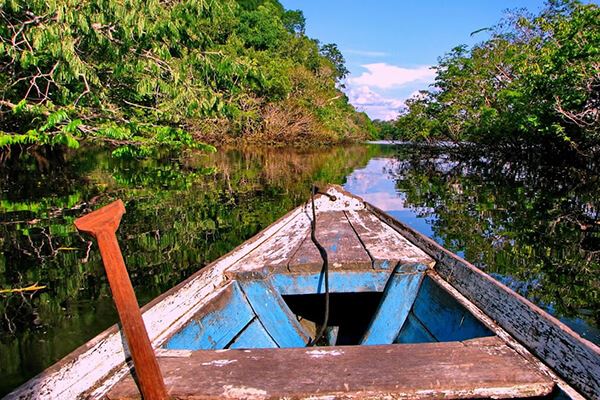 Read more >> Amazon River Tours & Lodges Are you ready to explore the vast abundance of nature in Colombia’s most beautiful national parks? Now’s your chance. Contact us today! Our expert Travel Consultants are happy to help you arrange, customize, and finalize your South America plans. Seamlessly combine a Colombia tour with a side trip to Brazil, Ecuador, or Peru! Anything is possible at SouthAmerica.travel, where our name is our passion.