IMPROVE MY TRIP CONTINUE BROWSING
Ride the Train to the Clouds in Salta, Argentina
Argentina Tours

Ride the Train to the Clouds in Salta, Argentina 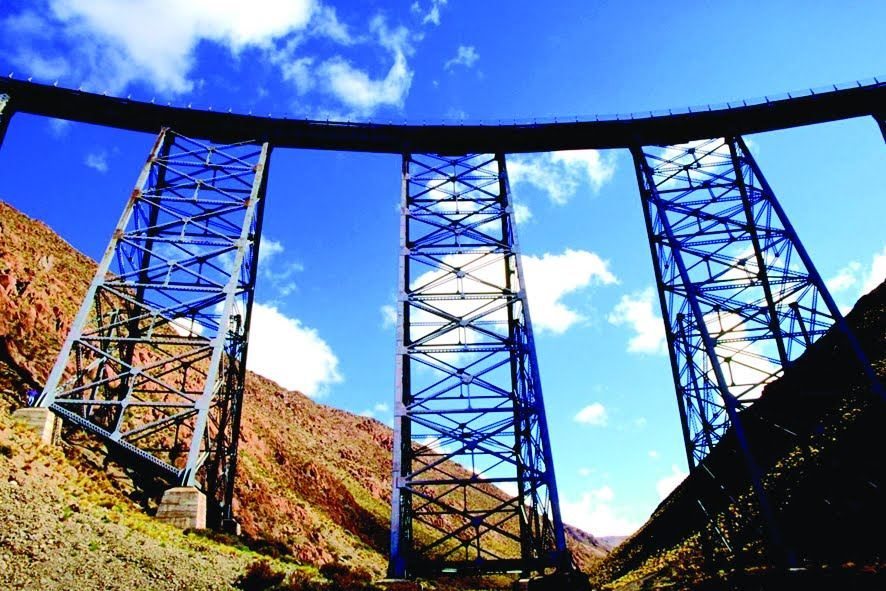 Have you ever dreamed of riding an old-fashioned train through winding desert landscapes, harrowing tunnels and bridges, and beautiful scenery? The famous Train to the Clouds in Salta, Argentina, is a dream come true for train travel buffs! Get off the beaten track and explore Argentina on the Train to the Clouds, a spectacular 15-hour train ride through the Cordillera de Los Andes mountains, through 19 tunnels, 29 bridges, and steep crisscrossing switchbacks that will make for a ride you’re unlikely to forget. The Train to the Clouds (called the Tren a las Nubes in Spanish) was originally constructed in the early 1900s as a route for goods shipped from the coast of Chile through the Andes Mountains to northwestern Argentina. An American engineer, Richard Maury, developed the route using ingenious technology: instead of making use of brakes, the Train to the Clouds would twist and turn through the mountains in order to control its speed.

Today the Train to the Clouds has been renovated into a tourist train route that carries thousands of passengers each year along with its vertiginous track. Departing at Salta, the train takes off early in the morning each Saturday, April to November, and returns around midnight. In between, passengers are treated to views of tobacco farms, cattle fields, the Quebrada del Toro, altiplano, and small Andean villages. Breakfast, lunch, and dinner are served aboard the train, and a tour guide explains different aspects of the route’s history, from its engineer, Richard Maury, to how it was constructed.

Passengers can get out and explore San Antonio de Los Cobres and the Polvorilla Aqueduct, the highest point on the route, at 4,220 meters (13,850 feet). After stretching your legs and enjoying the views, return to the train and begin your journey back down the mountain – from the clouds and breathtaking scenery to the sleeping colonial city of Salta once again. 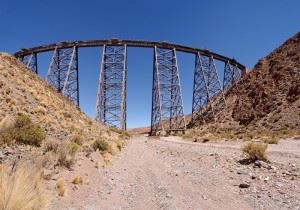 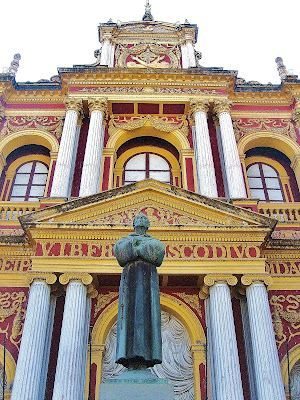 There is also another alternative for those who wish to travel along the Train to the Clouds route a different way. It’s possible to follow the Train to the Clouds route by car, along with a zigzagging route in a 4×4 off-road vehicle. The advantage to this option is that you can stop and visit more Andean towns, farms, and vista points along the way that you can on the train. Also, the route by car is much faster than the train.

If you are interested in traveling to Argentina to experience this fantastic Train to the Clouds Salta Argentina tour, then we recommend spending a day in Salta, Argentina, to see the museum, take a city tour, and visit the colorful Church of St Francis. Of course, you most likely will be flying into Buenos Aires, and there are plenty of activities for train and history buffs near Buenos Aires as well.  Find out more about how to maximize your Train to the Clouds tour.

Read the day-by-day Train to the Clouds in Salta Argentina itinerary on our website.