Visiting Northern Argentina and Chile: Where to Go and How to Combine Them
Argentina Tours

Visiting Northern Argentina and Chile: Where to Go and How to Combine Them 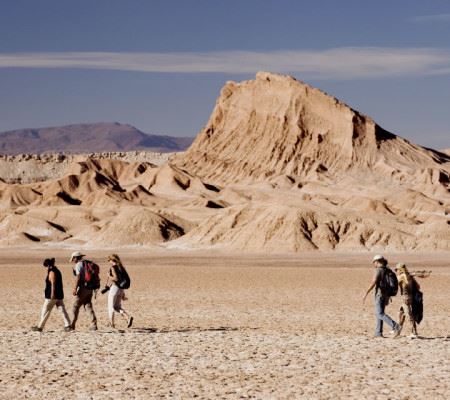 The Argentine province of Salta has some of the most varied climate zones in the world. From low, lush valleys to the high altiplano where visitors are kissed by the cool winds that brush over the dry Andean peaks, it’s easy to feel as if you have been transported to remote and rustic adventure land.  This northern land, which reaches a staggering 4,000 meters (13,100 feet) above sea level, at times can seem otherworldly and ancient histories of many tribes and peoples run deep here.  Salta is a major tourist and eco-tourist destination.  Between the colonial-style architecture, remote village towns, free-roaming llamas, train to the clouds, highest vineyards in the world, and stellar national parks, it’s not difficult to see why.  Any or all three national parks in Salta make this destination a must when touring South America. View our Train to the Clouds Tour from Salta, and the Salta to Cafayate Wine Route Tour.

Created to protect parts of the Southern Andean Yungas, El Rey National Park is a cloud forest reserve located 80 km from the Salta provincial capital.  Home to a wide variety of exotic vegetation and fauna such as wild cats, anteaters, peccaries, and the largest South American mammal- the MIGHTY tapir, it covers 44,000 hectares.  From the northwest corner of the park, at 1700 meters above sea level, follow the rivers that wind, bubble and churn down through the rich green jungle of Río Popayán and watch as exotic birds fly overhead and dart between the foliage.  If you are looking for a day hike outside of the city of Salta before moving on, this park is the perfect destination.

If off the beaten track is what you crave or if you’re simply feeling a bit more adventurous, Baritú National Park is calling.  Given its remote location, the natural treasures in this reserve are a well-kept secret and have been virtually untouched by humans.  This is the northernmost Yungas forest in Salta and is home to numerous unique plant and animal species. One of the florae that have become quite famous in this forest, and has me personally mesmerized as well, is that of the Ficus Maroma.  This parasitic plant germinates high up in the crook of a host tree and descends its roots downwards towards the ground until it essentially envelops its host tree and “strangles” it. Once the host tree rots away the root structure is left with a hollow in the middle, which offers shelter to bats and other fauna that call this mysterious jungle home. A hidden wonder and an ecological gem, take the time to visit Baritú National Park; it should not be missed.

By far the most famous of Salta’s national parks, Los Cardones is absolutely breathtaking.  From low rolling hills and valleys speckled with ancient cacti to peaks from staggering heights of 2,700 meters to 5000 meters (8,900 ft – 16,500 ft), a trip to northern Argentina would not be complete without visiting this overwhelmingly stunning landscape.  The air here feels as if it’s from a different time; countless fossils have been found here as well as dinosaur tracks.  Los Cardones makes a side trip to Salta even from Buenos Aires or Rio worthwhile. As you look out on the Andes from Los Cardones it seems almost impossible that there could be anything beyond their ancient snow-dusted summits…but the Chilean Atacama desert beckons.

Where to Stay in Salta 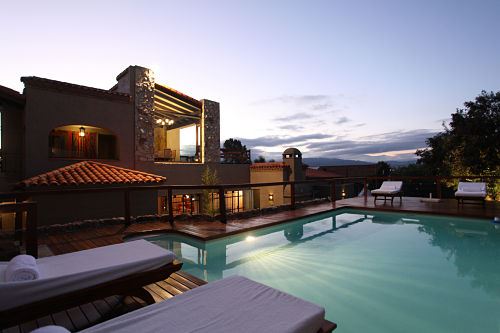 This hotel with its rustic yet luxurious atmosphere and indigenous and local accents make it the perfect escape from reality.  As you sip dark, sapphire-colored wine from Salta’s vineyards (the highest in the world) you can sit back on thick cushions or beside the pool and gaze across Salta’s colonial-style capital at the neighboring Andes saluting you as you find the true meaning of relaxation.  Each room at Kkala Boutique Hotel is spacious, inviting, and has been carefully and tastefully decorated to reflect the stunning landscape and cultures found in this remote corner of the world.

Getting from Salta to the Atacama

The easiest and most direct way to get to the Atacama is by taking a bus from the city of Salta to the Chilean city of San Pedro de Atacama.  The bus is cheap, efficient and numerous bus companies make this trip daily.  The very best part of this journey is it is actually an incredible sightseeing trip in disguise.  The bus will shuttle you comfortably up over the Andes and the views are utterly spectacular.  There is nothing more exhilarating than the feeling of being dwarfed by the epic, mountainous spine, that runs the length of the South American continent, drifting by your windowpane.  This is by far one of the most scenic and riveting bus rides you can take.

This 1000 km (600 miles) long desert is the driest desert in the world and extends through parts of Peru, Bolivia, and Argentina with the vast majority in Chile.  This alien landscape in the altiplano, where snowfall meets the desert, is the oldest desert in the world.  It is so “alien” in fact, that it is often compared to Mars; NASA has used its climate and surface to test instruments for future Mars missions.  Despite its seemingly unforgiving climate, the Atacama Desert is home to over 500 species of flora and a unique set of fauna.  Andean flamingos, hummingbirds, and Humbolt penguins also call this region home.  Besides the nearly mind-altering landscape seen during the day, nightfall in this ethereal scape is a show of its own.  The lunar vista is by far one of the most incredible sights to behold and the stars seem closer than ever.  Why travel to space if Mars has such a similar landscape as northern Chile? View our Atacama Desert & Santiago Tour.

Where to Stay in San Pedro de Atacama 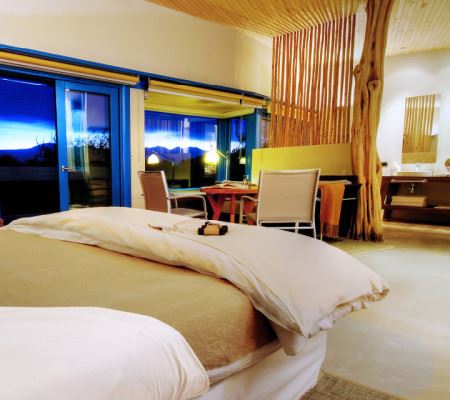 For such a formidable climate, who knew you could find something as enticing and perfectly heavenly as Hotel de Larache?  Located in San Pedro de Atacama, this picturesque refuge tastefully blends itself in with the colors and vibe of the desert.  With over-sized decks for lounging, a beautiful bar, pool and complete with equipped stables, this luxurious getaway will have you never wanting to leave. Wine and dine and watch the desert sunset and the moon rise over the Andean altiplano.

Has this article gotten you interested in visiting northern Argentina and Chile? Book a trip to the Atacama Desert and Salta today!

Contact us for a free quote for any custom itinerary including northern Argentina and Chile: