What to do in Salta & Northern Argentina: Here You’ll Linger Longer

Salta and its encompassing region should not be missed. It offers reasons to stay awhile, whether you plan on crossing into Bolivia and Paraguay, or instead focusing your trip on Argentina alone. This is the country’s largest northwestern city, and yet visitors will find a walkable, small town layout. Though Salta’s architecture is remarkably Spanish, its people are both mestizo and criollo, and the music heard in the peñas (traditional folk music halls) expresses a classic South American culture. 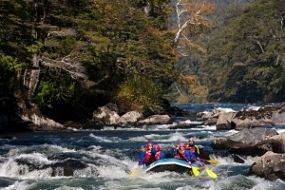 What to do in Salta City

The city’s three pedestrian avenues are Alberdi, Florida, and Caseros. These form the heart of Salta, with shops, bars, cafes, and restaurants where you can order tender llama stroganoff and a glass of local wine. 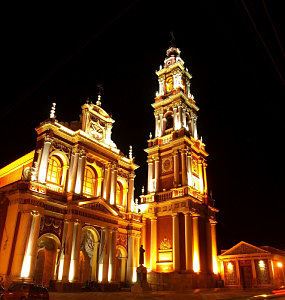 On nearby Balcarce Street a weekly craft market springs up every Sunday. Above the trees angles a cable car to the top of San Bernardo Hill. Off in the distance the Andes, and below them the road to Cafayate. This is the countryside of gauchos, where Butch Cassidy passed through like a myth, and ambitious conquistadors prepared for the long march to Peru. Their legacy exists partly in the city’s spectacular, baroque church and blue-domed cathedral. Before the Spanish, there were the Incas, three of whom may be seen in the museum. They are the mummified Children of Llullaillaco and they appear as if frozen only last year.  An immaculate plaza, the tallest belfry in South America, and a busy arts and sports calendar all are different reasons to hang out in Salta. But the curious traveler should not forget that the surrounding region offers several worthy day trips.

1. Train to the Clouds 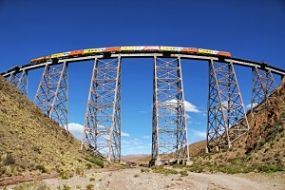 – What to do in Salta

Though Salta perches at a cool 3,780 feet above sea level, there is a train which will carry you higher. The Train to the Clouds, the fifth highest railroad in the world, tugs its way through 21 tunnels, along 29 bridges, to an altitude of over two and a half miles. Make sure to get a seat on the left side in order to catch some of the greatest views of the Andes mountains. This spectacular train ride takes an entire day, and runs from April to November.

2. Calchaquí Valley – What to do in 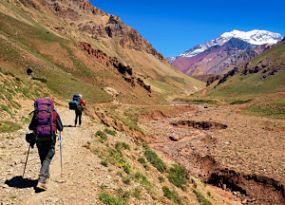 This region spans all of the northern provinces in Argentina, and is composed of mountain desert, canyon of contrasting colors, and high altitude wine valleys. In the midst of Calchaquí is the laid back town of Cafayate. Here there are wine cellars, and a day can be spent visiting the surrounding vineyards, sipping glasses of wine made from the white Argentine grape called Torrontés.

3. Humahuaca and Hill of Seven Colors – What to do in Salta 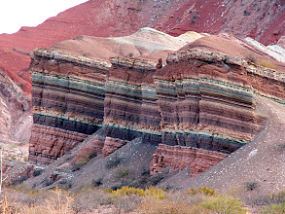 The Quebrada de Humahuaca is a narrow mountain valley which once served as a caravan road for the Incan Empire. Along this natural road lies the little adobe town of Humahuaca, hardly touched by tourism. Humahuaca is charming, but in many regards it is but a jumping off point for those wishing to experience the surreal color palette expressed in the Hill of Seven Colors, the vast horizons ringing the salt flats of Salinas Grande, or the pre-Colombian fortress known as Pukara. This region, after all, has played host to many civilizations over the past 10,000 years.

Getting There and Away 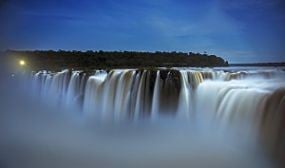 Bus and Trains: If you have lots of time, there are buses from Buenos Aires, and a 27-hour train from Buenos Aires to Tucuman. It is another half day by bus from Tucuman to Salta. I traveled from Asunción by bus to Salta, with a stop in Resistencia. This took all day. Later bused around 7.5 hours from Salta to La Quiaca, along the southern border of Bolivia. The view was scenic the entire ride.

Best Time of the Year to Visit Salta

Salta enjoys fair weather most of the year, but during April is the Salta Culture Festival, an entire month of music, handicrafts, and parties.

SALTA IS A GREAT WAY TO EXPLORE ARGENTINA. CONTACT US TODAY AND LET OUR TRAVEL CONSULTANTS PLAN THE PERFECT TOUR FOR YOU to SALTA, OR TAKE A LOOK AT SOME OF OUR RECOMMENDED TOURS IN SALTA. 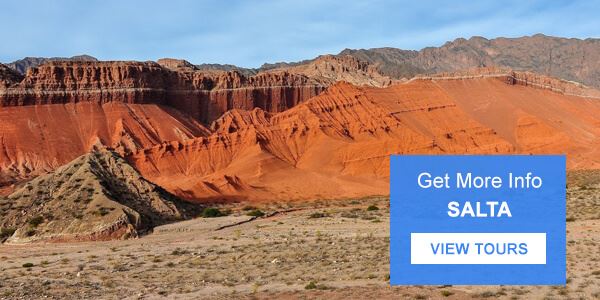