Discover the Cave of the Hands in Argentina

The History of the Cave of the Hands

On a trip to Argentina, you must visit the Cave of the Hands. The Cave of the Hands is an Argentina Unesco World Heritage Site and impressive archaeological wonder in the Santa Cruz Province of Argentina. The interior of the cave is detailed with unique rock art dating back to 7370 BC. It is believed that cave dwellers, who may have been the ancestors of the historic hunter-gatherer communities of Patagonia, stenciled imagery onto the walls.

Within the near-vertical walls, you can find imprints of human hands, drawings of guanacos (an animal related to the camel), depictions of hunting scenes, geometric shapes, and more. These images are easy to spot, as there are as many as 800 drawings on the walls of this cave, with over 90% of the images being hands. Interesting enough, most of the handprints are of left hands, indicating that the artists were probably stenciling and spraying paint with their right hands. 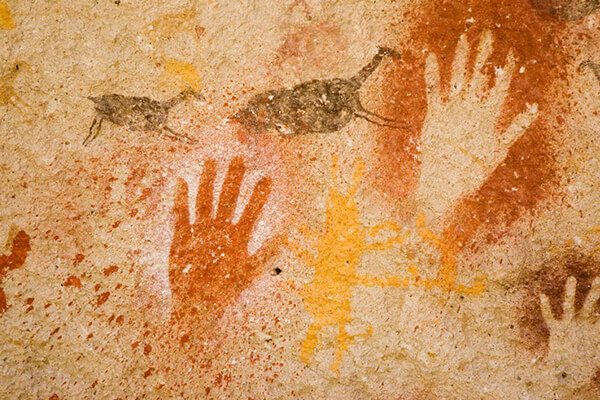 When was the Cave of the Hands discovered?

It is difficult to say exactly when the Cave of the Hands was discovered. First seen by a monk in 1941, the cave was further explored by researcher Rex Gonzalez in 1949. Although it wasn’t until the late 1960s that archeologists began to study the site in detail. One researcher whose contribution was mentioned by UNESCO was Carlos J. Gradin.

Why was the Cave of the Hands made?

We don’t know for certain why the Cave of the Hands was made, but its presence is quite significant to archaeological research. The artistic compositions represent original evidence about the Patagonian hunters’ behavior and hunting techniques. The scenes depicted here have been a focus for archaeologists for more than 25 years, as they share a snapshot of the culture of the earliest human societies in South America.

How were the handprints made?

The art is said to be hand stenciled using bone-made pipes to help define the silhouettes. 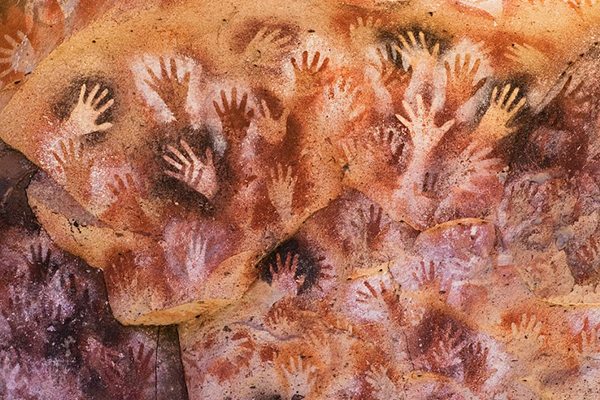 Where is the Cave of the Hands?

The Cave of the Hands is nestled in the valley of the Pinturas River, a remote spot of Argentine Patagonia. Its location is so remote that you can only access the cave via long gravel dirt roads. This makes the journey a bit difficult. However, it is incredibly worth it, as you are lead to some of the earliest known forms of human art! This is perfect for any Argentina adventure traveler.

When to visit the Cave of the Hands

The cave can be visited year-round due to Argentina’s agreeable and temperate weather. However, some treks around the area may be inaccessible depending on when you choose to visit.

If you visit during February you will be able to see the Cueva de las Manos Festival (started in 1979), which is quite the spectacle. Initially, the festival name was “Coiron Festival” but then “Cueva de las Manos” was chosen to honor the archaeological site that is very close to the city.

Note: If you want to visit during the months of September to November (spring season), make sure that there are local accommodations open. Travel Consultants can help you determine what accommodations are available and are a great resource to use when planning to visit a remote location!

How to get to the Cave of the Hands

The Cave of the Hands is in Francisco P. Moreno National Park in Southern Patagonia. If you’re familiar with the location of Perito Moreno, Las Cueva de las Manos is approximately 100 miles south of Perito Moreno, a trip that takes 3.5 hours.

We suggest organizing this excursion with a travel agent so that as you arrive you can learn about the history of the caves from an experienced guide. Once you’ve figured out how you will get there, you can set up some extra excursions around the area such as horseback riding or 4×4 jeep expeditions.

Cave of the Hands Facts

Looking for some more information on the Cave of the Hands? Check out some of our favorite fun facts below!

Hotels Near the Cave of the Hands

Stay at Estancia Cueva de las Manos! This is arguably one of the best places to stay when visiting the Cave of the Hands. The minimalist ambiance of the estancia is part of its charm. You won’t find TVs or telephones here.

Instead, you’ll have a staff that does everything to make its guests feel at home. The best part? The estancia is very close and excursions are plentiful. 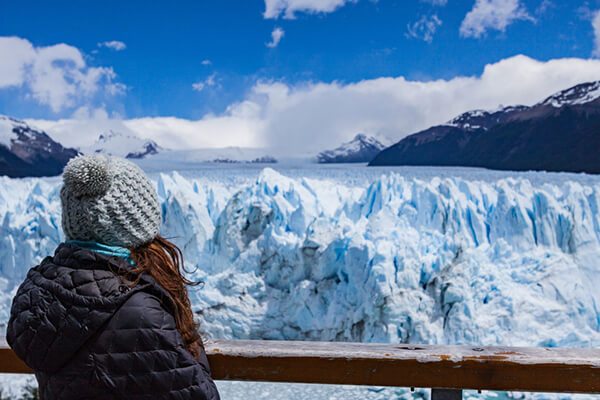 More from our Blog
Argentina News

10 days in Argentina – The Land of Contrast