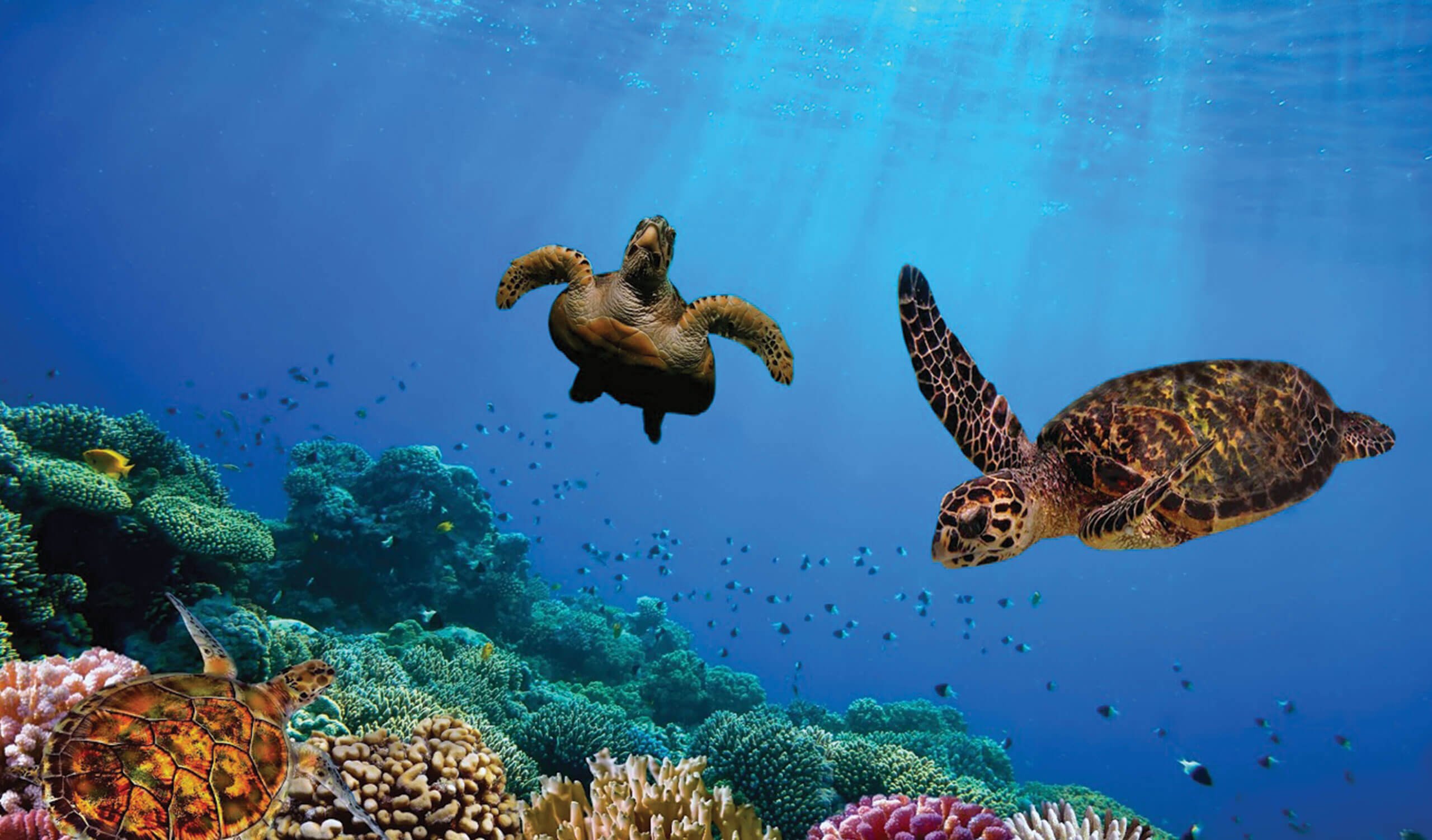 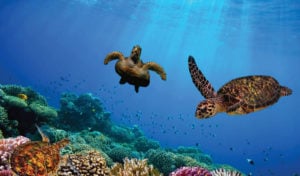 A trip to the Galapagos is a magical experience! Pristine oceans teeming with abundant life offers snorkelers and divers a chance to observe majestic sharks, playful sea lions, elegant rays, schools of colorful fish, grazing sea turtles, and much more. On land, you will see giant iguanas, penguins, blue and red-footed boobies, and of course, the emblematic tortoises, among others. Tours are led by enthusiastic and deeply knowledgeable guides who provide visitors with a fascinating insight into the biological, geological, and climatic factors that make this magical group of islands so special.

If you love wildlife, you must visit the Galapagos Islands. There are so many things to do and see here. I especially love hanging out with the sea lions. They’re super friendly and ready for any photo opportunity!

History of the Galapagos

Little is known about the pre-Colombian settlement on the Galapagos Islands. Pre-Incan ceramic artifacts have been unearthed on the island, providing clues to some human activity. Although to date, there is no evidence of settlement prior to the arrival of Westerners.

The earliest recorded arrival to the island by Europeans was made in 1535 when the bishop of Panama’s boat chanced upon them, having been blown off-course en route to Peru. The islands began appearing on maps around 1570. Early European settlers showed little interest in the Galapagos during this time as it lacked stores of freshwater. Though, it was known to have acted as a safe haven for pirates up until the early 1800s.

In 1832 Ecuador lay claim to the Galapagos Islands and shortly afterward provided it with its first groups of permanent settlers (mainly convicts). Later, Charles Darwin made his famous visit, traveling on the HMS Beagle in 1835. By the mid-19th century, the islands served as a hub for whaling ships where sperm whale numbers were devastated by commercial whaling operating out of Nantucket. The first known settler on the island was marooned Irish man Patrick Watkins who survived by hunting and trading with whalers.

In the early 1900’s Ecuador tried to sell the Galapagos to suitors such as the United States, France, and Chile. Though, the sale of the islands never came to fruition. The 1920s and 1930s started to see small waves of European settlers. Families from Norway and Germany established themselves here permanently. In 1959 the Galapagos Islands became a national park, and tourism started in the 1960s.

Each island has its own relatively contained ecosystem. The animals and plants that form part of each island’s unique ecosystem differ slightly from those on other islands as selective adaptations are made that allow them to succeed based on the environmental demands of the island they inhabit.

During his 1835 visit Charles Darwin, who was on a geological expedition at the time, noticed these small changes in finches as he traveled from island to island. Making only a cursory note of this at the time, the observations made by him here would later prove influential in forming his theory of natural selection.

In many ways, the Galapagos Islands are synonymous with the evolutionary theory, which is one of the key discoveries of the enlightenment era. Scientific research today is conducted principally by the Charles Darwin Foundation who has research stations located on several islands.

The foundation is dedicated to the scientific study of the Galapagos’ biosphere both on land and sea and the conservation of the marine ecosystem. They have several interpretation centers where tourists can visit and learn more about the deeply fascinating natural history. The Galapagos Islands and the surrounding waters are now a protected ecosystem that covers 70,000 square kilometers. It is also a whale sanctuary and a recognized biosphere reserve.

The Galapagos Islands are a part of Ecuador. They are considered to be a province of Ecuador, and the provincial governess is administered by the local government in the island’s capital of Puerto Baquerizo Moreno on San Cristobal Island. The islands were made a UNESCO World Heritage Site in 1978. As of a 2010 census, the Galapagos Islands have roughly 25,000 residents.

Tourism is the basis for almost all of the Galapagos’ economic activity. The island’s residents work primarily in hospitality and tourism, catering to travelers who visit throughout the year. Although commercial fishing is banned in the marine reserve, some charter fishing and local sustenance fishing is permitted.

The Galapagos are a volcanic archipelago of islands that straddle the equator 900 kilometers west of Ecuador in the Pacific Ocean. The islands and the surrounding waters are a protected nature reserve that covers 70’000 square kilometers. Commonly referred to as a “living laboratory,” the Galapagos Islands are home to many types of plants and animals that have evolved in isolation from the rest of the world, providing key insights into the evolutionary process. In fact, in 1835, observations made in the Galapagos by Charles Darwin played a key part in forming his theory of evolution.

The islands sit atop the eastward-moving Nazca plate. The Earth’s mantle is particularly weak at this point, meaning that magma spews out from the Earth’s interior to create volcanoes and islands. As a result, the eastward-moving Nazca tectonic plate acts as a conveyor belt creating this chain of islands. Islands further west, such as Isabella Island, are newer or still being formed. As a result, volcanic activity can still be observed here. San Cristobal or Española are older with less volcanic activity.

While the Galapagos Islands are situated right on the Earth’s Equator, the temperature is relatively low given their location. This is because the surrounding waters are tempered by the Humboldt current, which brings cold waters north from the coast of southern Chile. Temperatures are relatively stable throughout the year, meaning it’s always a great time to visit the Galapagos. June to November experiences cold and dry conditions, while December to May is warmer with sporadic rains.

There are 18 main islands, three smaller islands, and 107 rock islets in the Galapagos. The older islands in the east have had more time to form their ecosystems and are greener with a greater variety of plant and animal life. In contrast, the western islands are barer. Most are off-limits to human settlement. Although some islands are inhabited (i.e., Santa Cruz and San Cristobal).

The entirety of the Galapagos Islands and their surrounding waters are protected habitats, but the environment is threatened by non-native species. The introduction of goats, pigs, dogs, and rats have proved particularly destructive to endemic fauna and flora.

At sea, illegal fishing activity has caused havoc among the fish and squid stocks that form the basis of the marine food chain. In August 2020, an armada of Chinese fishing vessels pulled hundreds of thousands of tonnes of squid and fish out of the oceans surrounding the Galapagos. Calls for stricter measures protecting the waters have been called for to prevent such a catastrophe again in the future.

The one characteristic that defines the Galapagos is its wildlife. The Galapagos is home to a vast array of plants and animals, both terrestrial and aquatic. There are many species of shark, including hammerhead sharks and white-tipped reef sharks. Stingrays, sea turtles, octopuses, sea lions, dolphins, and many species of colorful fish can all be found in the surrounding waters.

On land, there are iguanas, red-footed and blue-footed boobies, frigate birds, albatross, lizards, penguins, and of course, the emblematic tortoises. The most famous of the Galapagos Tortoises was known as Lonesome George. Lonesome George was a Pinta Island tortoise and the last of his kind, his passing in 2012 at 102 years old made him a symbol for conservation.

Typically a Galapagos cruise can last anywhere from 4-days to 2-weeks with differing combinations of itineraries available to visitors. Daily itineraries on the cruise ships normally involve 2-land and 2-water based (snorkeling) excursions a day. Specially trained guides are always on hand to provide knowledgeable insight into the biological, geological, and climatic conditions.

On land, there are hotels in San Cristobal, Santa Cruz, Floreana, and Isabela. There is also a multitude of restaurants and visitor centers. The Galapagos attracts over 150,000 foreign visitors a year and is a huge source of income for the local and Ecuador government.

Why Travel to the Galapagos with SouthAmerica.travel

We take care of all the details!

We'll ensure the safety of your trip.

Postpone your trip for any reason!