Things to do in Guyana, French Guiana, & Suriname 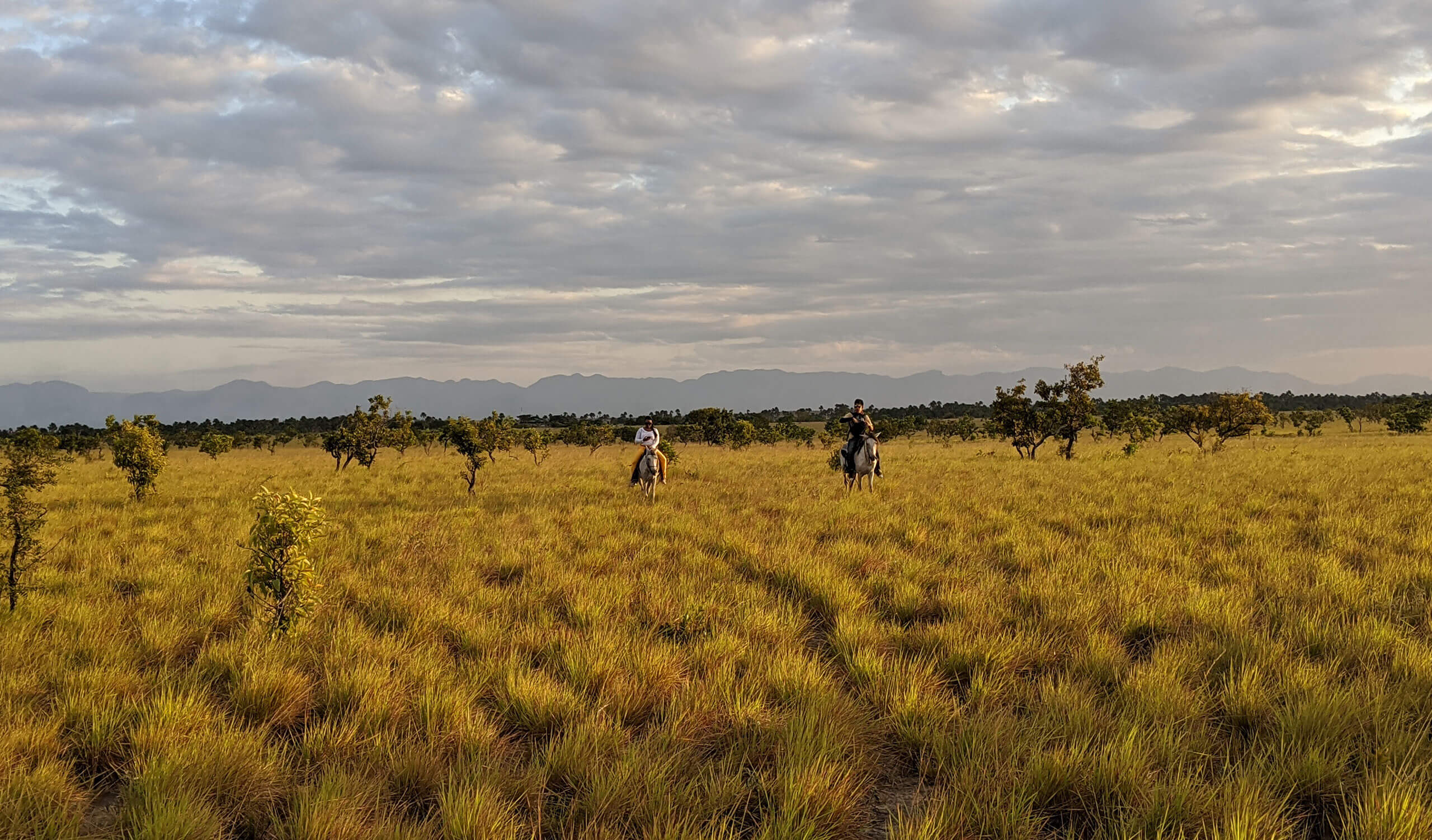 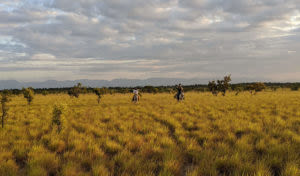 Things to do in Guyana, French Guiana, & Suriname

Wild, remote and scenic Guyana is South America’s hidden gem. Located on the Northern tip of the continent along the Atlantic Coast, Guyana is a destination for those after nature and a retreat from the busy modern world. With rainforests, exotic mountain scapes and dramatic waterfalls like Kaieteur Falls, it is no wonder Guyana is increasing in popularity.

I traveled to Guyana at the beginning of 2020. I have been to a lot of places in South America and Guyana is by far the most unique in terms of South American culture and language. The majority of our recommendations on things to do involve the Amazon or Savannah lodges so be prepared to fully immerse yourself in local communities, wildlife spotting, and gorgeous flora. Some highlights would be the overflight of Kaieteur Falls and eating lunch at Delvin Adam’s Backyard Cafe. Both these activities require pre-reservation so talk to your agent about scheduling these in!

Best Things to Do in Guyana:

Hike in the Jungle

Venture deep into the lush rainforests and remote savannahs at the interior of this wild and rarely visited country. With the vast majority of the country being encompassed by national parks, dense forests, and tropical beaches, journeying across Guyana by way of hiking is a must. Explore areas like Iwokrama, Essequibo River, and Orinduik Falls. Additionally, with few tourists, visitors will have all this absolute serene beauty to themselves.

As the capital of Guyana, Georgetown is the largest and most significant city in Guyana. Located on the Caribbean and Atlantic coast, the city maintains its British – Colonial past, with locals speaking English and prominent sites featuring quintessential colonial architecture. A visit to Georgetown blends history through its national museums and culture in its vibrant markets, like Stabroek market.

Guyana is dotted with multiple indigenous communities, each different than the last. Visit the homes of local inhabitants in Surama, and learn about their lifestyle including their cuisine, handicrafts, homes, and unique kitchen gardens. You can try making local handicrafts, see the process of making cassava bread or simply relax in a hammock surrounded by the jungle.

With the largest Indian migrant population in South America, Guyana is sure to have the most flavorful cuisine on the continent. See the influence of the country’s diverse population while visiting Guyana’s many fresh produce markets, including Bourda Market – Georgetown’s largest market. Sample saltfish, pine tarts, and chana, with spices and flavors influenced by traditional Indian dishes. One of the most famous chefs in Guyana is Delvan Adams. He is a US-trained chef but a local to Guyana who opened his cafe, The Backyard Cafe, in 2015. Now internationally renowned, you’ll need to make reservations months in advance to try this local Guyanese cuisine!

Kaieteur Falls is surrounded by pristine, tropical rainforest. The Potaro River drops 741 feet (five times the height of Niagara!) off a sandstone tableland into a deep gorge. The environment around the falls is unique – here can be found a tiny golden frog found that exists nowhere else, the rare Guiana Cock-of-the-Rock and Kaieteur Swifts which nest behind the falls. Most travelers visit Kaieteur Falls on a day trip from Georgetown. However, single accommodation is available in a simple guesthouse with hammocks. By staying the night at the falls, there is a real sense of having the place to yourself – watch the swifts roost for the night behind the falls and feel completely surrounded by the rainforest.

Due to the remoteness of Guyana and the widely spread cities, stargazing is easy because there is very little light pollution. Getting an unfiltered view of the night’s sky is as simple as walking just a few minutes away from almost any lodge in the rainforest or savanna.

Fort Island is an island in the Essequibo River that holds Fort Zeelandia, a Dutch fort built in 1744 in Suriname’s capital – Paramaribo. Here you’ll find remnants of the past in the museum as well as the graves of early Dutch colonists who lived there.

Download our FREE South America Travel Guide and get inspired to explore to South America. Browse through 26 pages of travel planning tips and ideas – a great resource for planning your dream vacation.

Things to See in Guyana

The Wildlife of the Jungle

With a country covered in uninterrupted jungle, it is no wonder that Guyana is home to some of the world’s most exciting wildlife. While on an exploration through any of Guyana’s national parks, you can see species like the jaguar, the giant otter and anteater, and even the black caiman as they go about their natural habitat.

The Wildlife of the Savannahs

In stark contrast to the jungles of Guyana is the Rupununi savannahs. Via 4×4, horseback or trekking, you can spot the giant anteater, various snakes, the Harpy eagle, and jaguars.

The Cock of the Rock

One of Georgetown’s most impressive and important buildings, St. George’s Cathedral is a must-see site in Guyana. With construction beginning in 1810, and several renovations taking place, the current structure was completed in 1894. Upon its completion, it was the tallest wooden structure in the world. Today, St. George’s Cathedral remains one of the tallest and most ornate wooden churches in the world and offers a window into the country’s colonial past.

Located in one of Guyana’s most lush and remote rainforests, the Iwokrama Reserve is an exciting canopy walkway. The Iwokrama Canopy Walkway is a series of suspension bridges and decks raised high above the rainforests. Visitors can get views at all levels of the forest, from the roots to the upper canopy of the forest. Get up close to the wildlife that parades around the canopies.

Some of the largest festivals in Guayana are Mashrami and Paghwa. Mashrami or the celebration of Guyana becoming of Republic in 1970. This is held in February each year. Paghwa is celebrated by many people in the country, not just the Guyanese of Hindu faith. This is held in March of each year.

Guyana cuisine is very unlike other South American countries due to its geographical nearness to other Caribbean countries, history, and varying ethnicities. With Amerindian, Creole, British, Dutch, East Indian, Chinese and African roots the food and drink in Guyana are extremely vibrant and flavorful.

Pepperpot – a traditional Amerindian stew often made at Christmas but can be done at any time. Filled with beef or other protein, peppers, cinnamon, cassareep (a prepared juice made from the Cassava root), this is a slow-cooked dish and due to the preservation qualities of the cassareep, it can be good for a week on the stove.

Bake and Saltfish – saltfish is typically cod which is preserved by drying and salting. To prepare the fish, it is soaked in water for 1-3 days to remove the salt, then it is sautéed with veggies and spices. The bake is a delicious fried bread also sometimes referred to as ‘float’. You can eat this meal as a type of sandwich or separately.

Metemgee – a Creole dish filled with root vegetables such as yams or sweet potatoes, cassava, and plantains which are cooked in coconut milk and spices. It also includes ‘duff’ or dumplings that complete this hearty dish.

Fruit drinks are very popular in Guayana due to the tropical climate. A favorite is lime juice, sometimes called Lime Wash, which is essentially a lime-aid. Rum is the most popular alcoholic drink in Guyana, with the brand Demerara being a top seller.

In general, Guyana is safe to visit. Like most South American countries, there are areas with very low crime and some larger cities with more crime and Guayana is no exception. Travelers should exercise caution in Guyana’s most populous city, Georgetown, but the interior regions are typically very safe.

Due to the proximity of Guyana to the Equator, there are really only two seasons. These are the wet and dry seasons. We believe the best time to visit Guyana is after the rainy season to enjoy the waterfalls at their fullest and bright foliage.

What is Guyana Known for?

Guyana is best known for its amazingly diverse cuisine, Kaieteur Falls, friendly people, being the only English speaking country in South America and a hot tropical climate.

This is a comprehensive tour of Guyana. Enjoy the unique experience of a night at the famous Kaieteur Falls and get deep i...

Discover the Guianas on this adventurous tour of Guyana, Suriname, and French Guiana, ending in Brazil’s culturally dive...