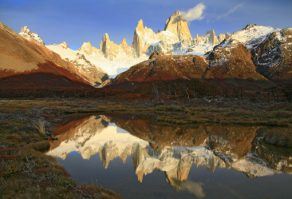 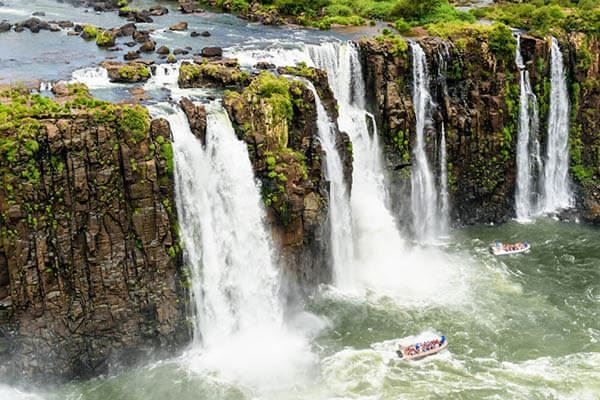 is not just a giant waterfall. Although Iguazu Falls is an enormous set of waterfalls that straddles the border between Brazil and Argentina, the Iguazu National Park is an expansive subtropical rainforest encompassing the falls on the Argentina side and is worth at least a full-day of exploring. If you fly into Iguazu during your Brazil vacation, make sure to give yourself enough time to hike the nature trails, take the ecological train, and take a boat ride to get up close and personal with the falls. 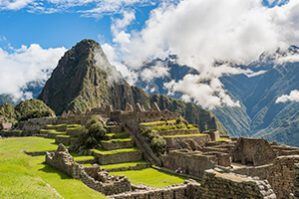 Built by the Incas, this city in the sky demonstrates the power and skill of the Inca Empire. At 2430 meters above sea level, and hidden well in the dense cloud forest of central Peru, Machu Picchu went unnoticed to all but a few farmers until the early 20th century. Even today, with the convenience of daily flights in and out of Cusco and daily trains between Cusco and Machu Picchu, it’s best to make a week of it. Take your time and plan your Machu Picchu vacation well, because it’s an unforgettable experience. 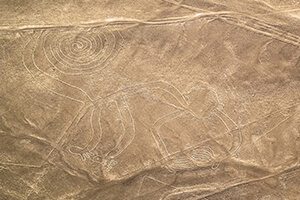 The Nazca Lines etched onto the desert floor in southwest Peru are another World Heritage site, and for a good reason. These giant geoglyphs cover 450 square kilometers of the desert floor, and their vast sizes and shapes are only truly appreciated from an airplane. The Nazca Lines went unnoticed until planes flew over in the early 20th century. The purpose and meaning of the Nazca Lines continue to perplex scholars. Take a Nazca Lines overflight during your Peru vacation to see the monkey, spider, hummingbird, and other fascinating geoglyphs that have survived the centuries. 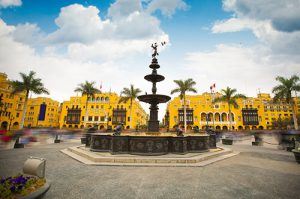 The historic center of Lima is another Peruvian treasure. The capital of Peru has undergone rapid urbanization and political instability in the past fifty years, but UNESCO and the Peruvian government have sought to preserve the colonial architecture of Lima’s historic center. Lima was the Spanish conquistador Pizarro’s capital, and its historic center bears a strong resemblance to Spanish cities. The Plaza de Armas is surrounded by the Government Palace, the Cathedral, and the Archbishop’s Palace, and the Church of Santo Domingo and the Convent of San Francisco are nearby. 16th-19th-century architectural marvels are visible during a Lima city tour. 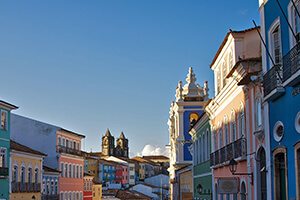 Brazil claims 18 World Heritage sites in South America, including historic center of Salvador de Bahia. Salvador de Bahia, located on the coast of Brazil north of Rio de Janeiro but south of Recife, was the original capital of Brazil. As such, it became a melting pot early on as Europeans, Africans, and Native American cultures blended in the 16th to 18th centuries. European high-class imports are still seen in the Renaissance-style architecture and typical 16th-century city planning in the historic center. Salvador de Bahia is also known for its rich African culture, which you can taste and see in food, music, dance, and costume typical of the region. 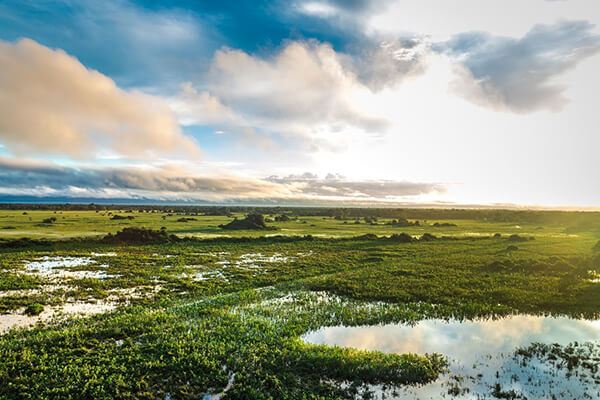 Brazil’s Pantanal Conservation Complex may not be as well-known as Brazil’s Amazon rainforest, but the Pantanal is a breathtaking stretch of wetlands – the world’s largest – and is arguably better for wildlife spotting. The Cuiaba River feeds a vast network of plains, which is a sanctuary to 80 species of mammals, 650 species of birds, 50 species of reptiles, and 400 species of fish. 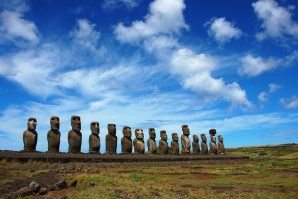 Chile has 5 World Heritage sites, including Rapa Nui National Park on Easter Island. A small island isolated in the South Pacific Ocean, Easter Island, or Rapa Nui as it is known by its inhabitants, went without contact from other cultures for thousands of years. Probably colonized by the Polynesians early on, the Rapa Nui people quarried basalt stone from the island to build moai, giant figures that are recognized around the world today. The island was named Easter Island by the Dutch East India Company fellow who moored at the island on Easter Sunday in 1888. On an Easter Island tour, you can go snorkeling, hike through volcanoes, and see the moai scattered around the island, a testament to the mysterious way of life of the Rapa Nui people. 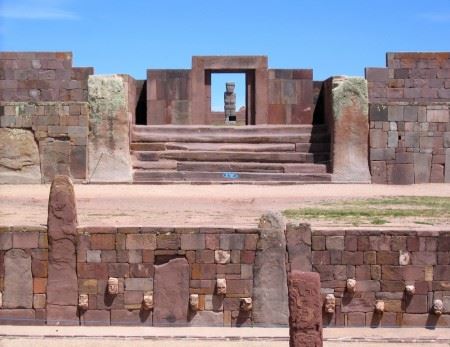 Bolivia has 6 UNESCO World Heritage Sites in South America, including the historically-rich ruins of Tiwanaku, predecessors of the Incas. While visiting Lake Titicaca on Peru’s southern border and Bolivia’s western side, make sure to take a day trip to see the ruins of Tiwanaku. A rival to the Wari culture, the Tiwanaku culture reached its peak in the 8th century. Stone architecture such as the pyramid-shaped temple of Akapana remains some of the best examples of pre-Inca architecture. 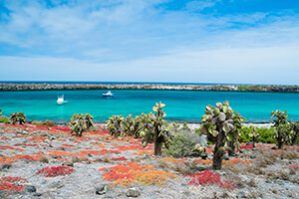 Ecuador’s World Heritage sites include the Galapagos Islands, which were an inspiration to Darwin in developing his theory of natural selection, and were among the first sites to be added to the UNESCO World Heritage list in 1978. On a Galapagos Islands tour, you can take a cruise to see many of the islands or take an island hopping tour via small plane. Cruises vary in duration, but even on a 5-day cruise, you are sure to see an incredible amount of biodiversity and get closer to birds, fish, and mammals than anywhere else in the world.