If you’re planning a trip to Rio de Janeiro in the near future, chances are you’re wondering what the “must-see” destinations are while you’re there. Most guidebooks will steer you to see the Sugarloaf Mountain, the Corcovado Mountain, and Ipanema and Copacabana beaches – and with good reason, because those are easily the 4 best spots to visit on a Rio de Janeiro city tour. But what else is there to do while in Rio? Read on to find our top picks. See Also: 10 Unique Brazil Tours – From Snorkeling in Nobres to Desert Beaches 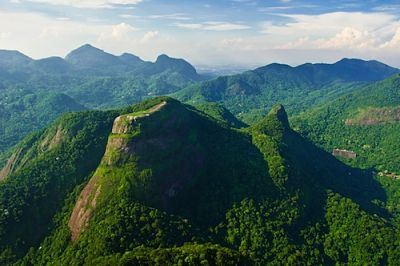 Visit the Tijuca Atlantic Forest, the largest urban forest in the world. The Tijuca is situated right in the middle of Rio de Janeiro and boasts views of Rio’s Sugarloaf Mountain, Ipanema and Copacabana Beaches, and the Guanabara Bay. See the Monkeys Waterfall, the Chinese View Belvedere, the Cascatinha Fall, and Pepino Beach, where hang gliders hover over the scenic shores. You can easily combine a tour of the Tijuca Forest with a visit to the Corcovado Mountain into a half-day tour. Other adventurous tours, such as mountain biking and hiking in the Tijuca, are also available. 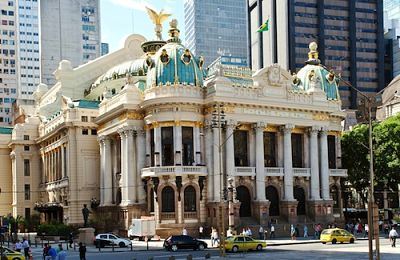 Go sightseeing in Rio de Janeiro with a tour of the city’s historical past. Learn how Portugal’s prince Dom Pedro I scandalously broke all family ties and declared himself Emperor of Brazil. Visit the Metropolitan Cathedral of Rio de Janeiro, the Parque do Flamengo, the National Library, the Opera House, and get a sense of Rio’s former imperial glamour. 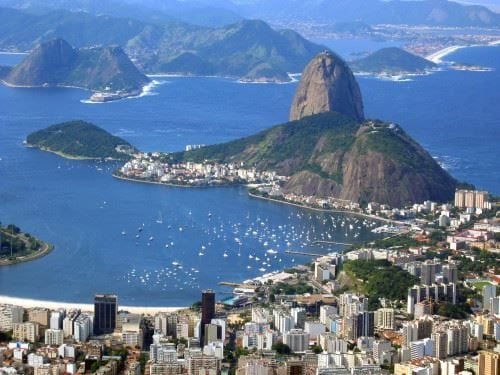 Sail on the Guanabara Bay and enjoy fantastic views of Rio de Janeiro on this 3-hour cruise. From the bay, you can see highlights such as Sugarloaf Mountain, the Gloria, Botafogo and Flamengo Beaches, and Oscar Niemeyer’s famous Museum of Modern Art.

Enjoy a delicious Brazilian BBQ dinner at the famous Marius Restaurant. Dine-in a unique atmosphere on a buffet of vegetables, fish and sushi, and feast on the 15 different types of meat, freshly cut for you at your table. Enjoy a mouthwatering cream of mango for dessert. 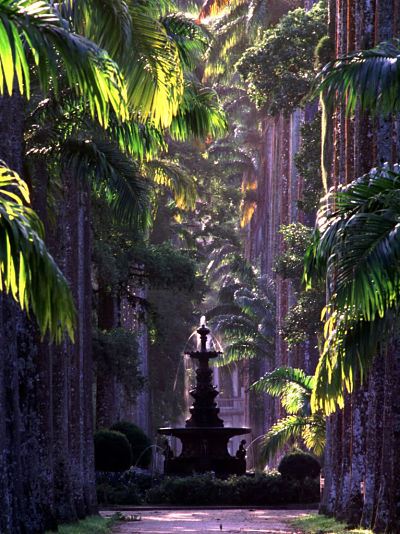 Visit Rio de Janeiro’s Botanical Gardens, where you will see an enormous variety of plants and flowers from Brazil and other countries. The gardens are also home to many birds and some species of monkey, who can be seen swinging in the giant trees overhead. The Corcovado, with the statue of Christ the Redeemer at its peak, looms in the background.

The Rio Scenarium in the Lapa neighborhood of Rio de Janeiro is a world-renowned dinner show destination. Bursting at the seams during the dining hours, Rio Scenarium features a cachaça bar, where you can learn how to make a caipirinha cocktail, plus live music, dancing, and delicious Brazilian cuisine. Make sure to tour the building, which is a restored mansion stuffed with antique furniture and artwork. Transfers to and from your hotel, a professional guide, and dinner are all included. See Also: The Best Local Rio de Janeiro Restaurants

The Rio de Janeiro hippie fair on Ipanema Beach has been a popular handicraft market since the 1960s. Shop for handicrafts, grab a bite to eat from one of the many vendors, or just enjoy people watching. 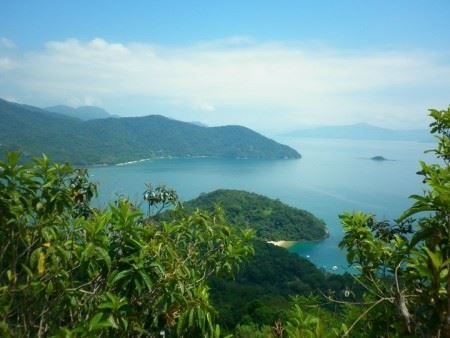 Escape from Rio for the quaint island of Ilha Grande, a protected island covered in Atlantic Rainforest vegetation, and where no cars are allowed. From Rio de Janeiro, your guide will pick you up and take you to Angra dos Reis, where you’ll catch the ferry for the ride to Abraao Village. Enjoy the afternoon relaxing at a bed & breakfast, and take a brief tour of Abraao. The following day, take a wooden boat ride to Pouso Beach, go walking to Lopes Mendes Beach, and spend the afternoon swimming, surfing, or just walking on its soft white sands. There are a small chapel and a mosaic designed by Silvio Cavalheiro on one end of the beach. Return to the bed & breakfast in the afternoon, and spend the rest of the day at your leisure. The next day, the return ferry to Angra dos Reis and transfer back to Rio de Janeiro is also included. 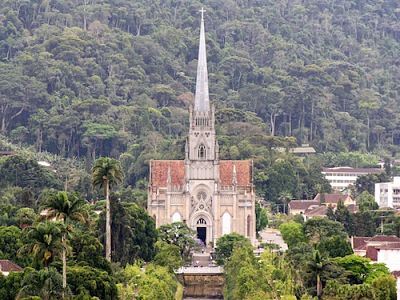 The city of Petropolis is located 60 km away from Rio de Janeiro and it has been called the Imperial City since Emperor Pedro II claimed it for his summer residence. Settled by the Germans, Petropolis keeps the memory of imperial Brazilian history alive, with its dramatic buildings and charming streets. This tour starts with the visit to the Imperial Museum, which was once the summer palace of Emperor D. Pedro II. You can see furniture and objects such as the crown of gold, pearls, and diamonds worn by D. Pedro I and D. Pedro II. Continue on to the Gothic Cathedral where Princess Isabel was buried along with the tombstones of D. Pedro II and his wife. Also see the Crystal Palace, built in France as a greenhouse to grow orchids, and transported to Brazil to host the Princess Isabel’s parties. Lunch is included on this tour.

Interested in any of these Rio de Janeiro city tours?

We specialize in customized 4* & 5* Brazil tours, and we can arrange tours, transfers, guides, hotels, and all the other details so that you don’t have to worry about a thing while you travel to Brazil. Our travel consultants would love to talk with you and help you plan a vacation to Brazil, so contact us today! 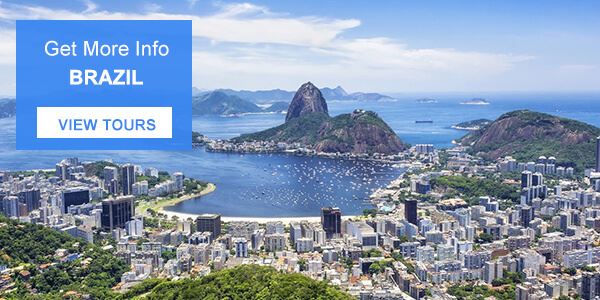