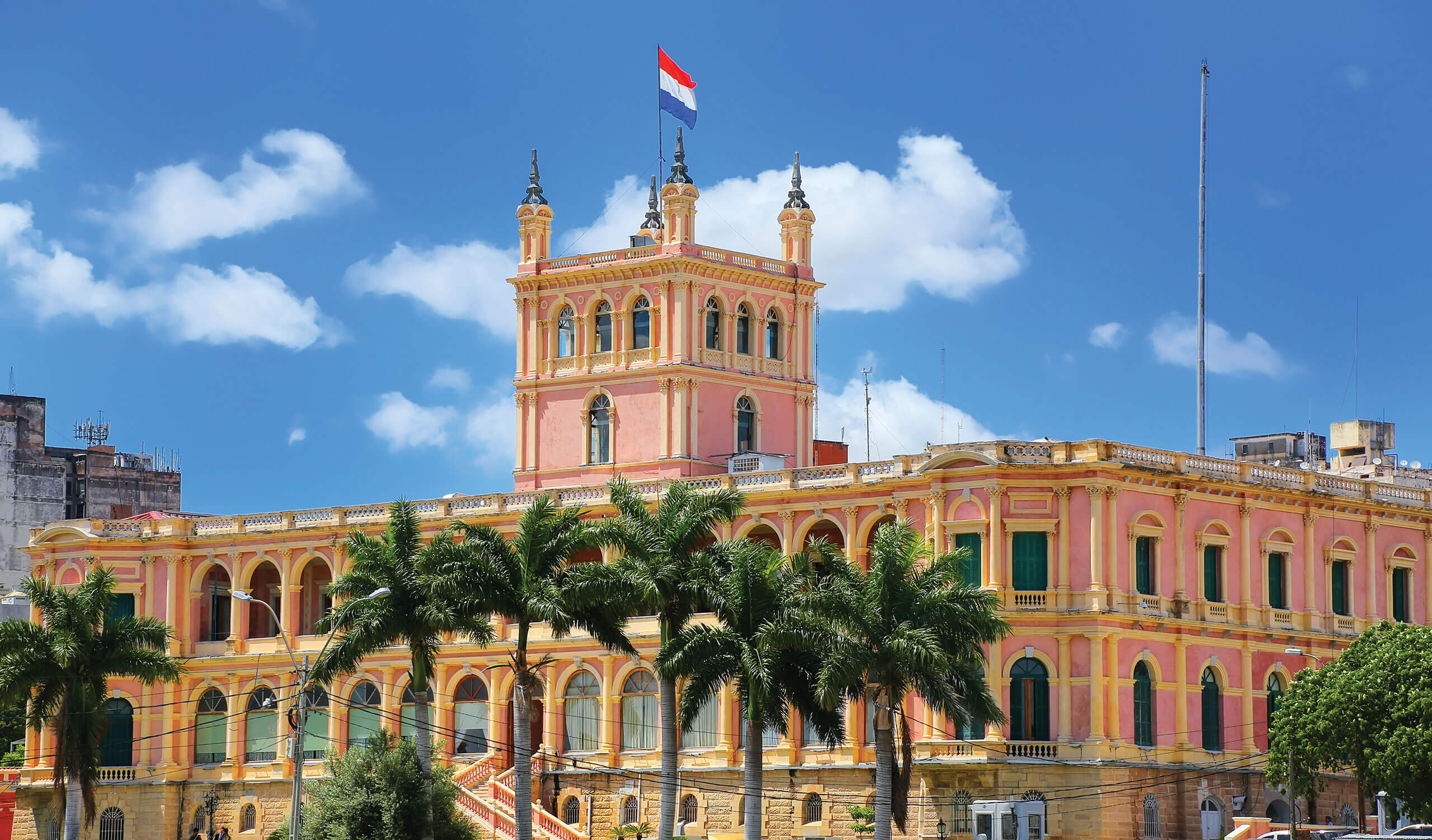 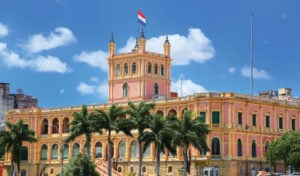 When is the Best Time to Visit Paraguay?

The best time to visit Paraguay is during its summer season from October to March. During this time of the year, Paraguay is warm and receives the most rainfall. However, Paraguay can be visited at any time of the year. Largely, the country is considered subtropical and maintains a hot, humid climate year-round.

Paraguay weather is typically warm year round. Weather Underground gives some useful extra information on the weather in Asuncion and elsewhere. Check out our Top 5 Paraguay Tours for ideas on what to see in Paraguay at any time of year.

“To avoid the stifling summer heat I find the best time to visit Paraguay is during the winter season between May and August. Morning time can be fresh with a cool breeze giving way to pleasant midday temperature with conditions generally being dry. This time of year also sees large numbers of large migratory birds such as Chilean Flamingos, Ringed and Brazilian Teal, and Collared Plovers to the salt lagoons in Paraguayan Chaco.”

Located in the Southern Hemisphere, Paraguay’s seasons are reversed from that of the Northern hemisphere. Summer is from December through February and winter from June through August. However, the traditional seasons have little impact on Paraguay. It is more commonly considered that Paraguay has a Summer or Wet season from October – March, and Winter or Dry season from April to September.

Spring in Paraguay is from September to November. Known as the wet season, the country experiences regular afternoon rains, humidity and warm to hot weather. This is also considered one of the best times to visit, having more tolerable temperatures than the summer extreme.

Paraguay Weather in the Spring

Best Things to Do in Paraguay during Spring

Spring is an ideal time to visit Paraguay for its weather. A visit through the jungles and forests of the country, like the immense Pantanal Wetlands or exploration of their famed UNESCO heritage Jesuit sites, are among the recommended top things to do. Itapua has some of the best-preserved Jesuit mission sites on the continent, dating as far back as 1609 when the European missionaries first arrived in this region. During Spring, the missions are most enjoyable. Considered the part of the cooler season in Paraguay, Spring offers an escape from the hot temperatures found in Summer.

Summer in Paraguay, from December – February, is hot, with temperatures often reaching a minimum of 35 Celcius. However, it is also considered one of the most festive times to visit, with national holidays and traditions occurring throughout the season.

Paraguay Weather in the Summer

Paraguay’s weather in the summer is hot! Expect highs of 94F / 34C in Asuncion and 82F / 28C in the Chaco. In Ciudad del Este, it is also quite warm with highs of 88F / 31C. The warm weather makes it a perfect time to spend days exploring outside.

Best Things to Do in Paraguay during the Summer

The best thing to do in Summer is to experience the vibrant culture and wildlife of Paraguay. For those wishing to partake in the celebrations and festivals of Paraguay, this is an ideal time to connect with the culture. Festivals in Paraguay are passionately celebrated and a noteworthy experience. In major cities like Asunción and San Lorenzo, visitors can experience parades, afternoon parties, and religious ceremonies during holidays like the Carnival of Nigren de la Candelaria. Additionally, the North of Paraguay is less humid at this time, making for a nice escape from the rest of the subtropical country. The Chaco, in Northern Paraguay, is a perfect chance for wildlife viewing in the arid lowland region of the Rio Pantanal. Although increased rainfall can occur, the rising water levels can increase the chances of spotting rare wildlife in this region, particularly when traveling by boat.

Visiting Paraguay in March, April, and May

Autumn in Paraguay (March – May)

From March to May, temperatures begin to decrease with Paraguay in its Autumn, making for a more pleasant traveling experience. March and April are two of the wetter months in the Chaco relative to the rest of the year, but this is a dry region as a whole.

Paraguay Weather in the Autumn

In the Fall, Paraguay’s weather starts to decrease in temperature. In Asuncion, it’s still relatively warm but travelers can expect the Chaco to drop to 73F / 23C. The evenings are still generally warm, leaving visitors the ability to keep exploring.

Best Things to Do in Paraguay during Autumn

A visit to Iguazu Falls during Autumn is among the top things to do. The falls are located on the tri-meeting point of Paraguay, Argentina, and Brazil. As one of the most awe-inspiring natural landscapes in the world, beholding the tremendous cascade of these falls is a memorable experience. Tours explore not only the region by boat and trekking, but also bring visitors to Iguazu National Park. The rare jungle terrain of Iguazu National Park is dense with wildlife and lush terrain. During Autumn, considered the shoulder season, the national park will be less crowded and temperatures are more pleasant than in the summer. This is also another ideal season to visit the UNESCO World Heritage Jesuit Missions of the Jesús de Tavarangue and Itapua regions.

Though mostly moderate changes, winter in Paraguay can experience cold temperatures depending on the region. Rainfall also decreases at this time. However, located in the central region of South America, skiing and other winter sports are not an accessible activity.

Paraguay Weather in the Winter

The winter season in Paraguay is the coldest time of the year. In June, in Asuncion, the highs reach 76F / 24C. In the Chaco, during the day travelers can expect highs of 64F / 18C, however, once the evening hits, you better grab a sweater! Once the daylight has diminished, the weather during this time of the year significantly drops.

Best Things to Do in Paraguay during Winter

Tourists spend a lot of time shopping and sightseeing with the rain out of their way. We recommend packing some warm, light jackets for this period of the year. A visit to Asuncion offers plentiful sightseeing activities. History enthusiasts will be greeted by quintessential colonial architecture and national museums, perfect for understanding this lesser-known nation’s past. The Pantheon of National Heroes is a grand monument in the city center and rises high as a tribute to the country’s greatest heroes. Another popular site in Winter is Ciudad Del Este – the home of Itaipu – the most powerful hydro plant in the world. This massive structure is considered one of the modern wonders of the world and is famed for its intricate light shows. Visitors flock to the dam after sunset to watch the dramatic performance accompanied by local music. During Winter, the cooler temperatures allow for comfortable exploration of the facility.