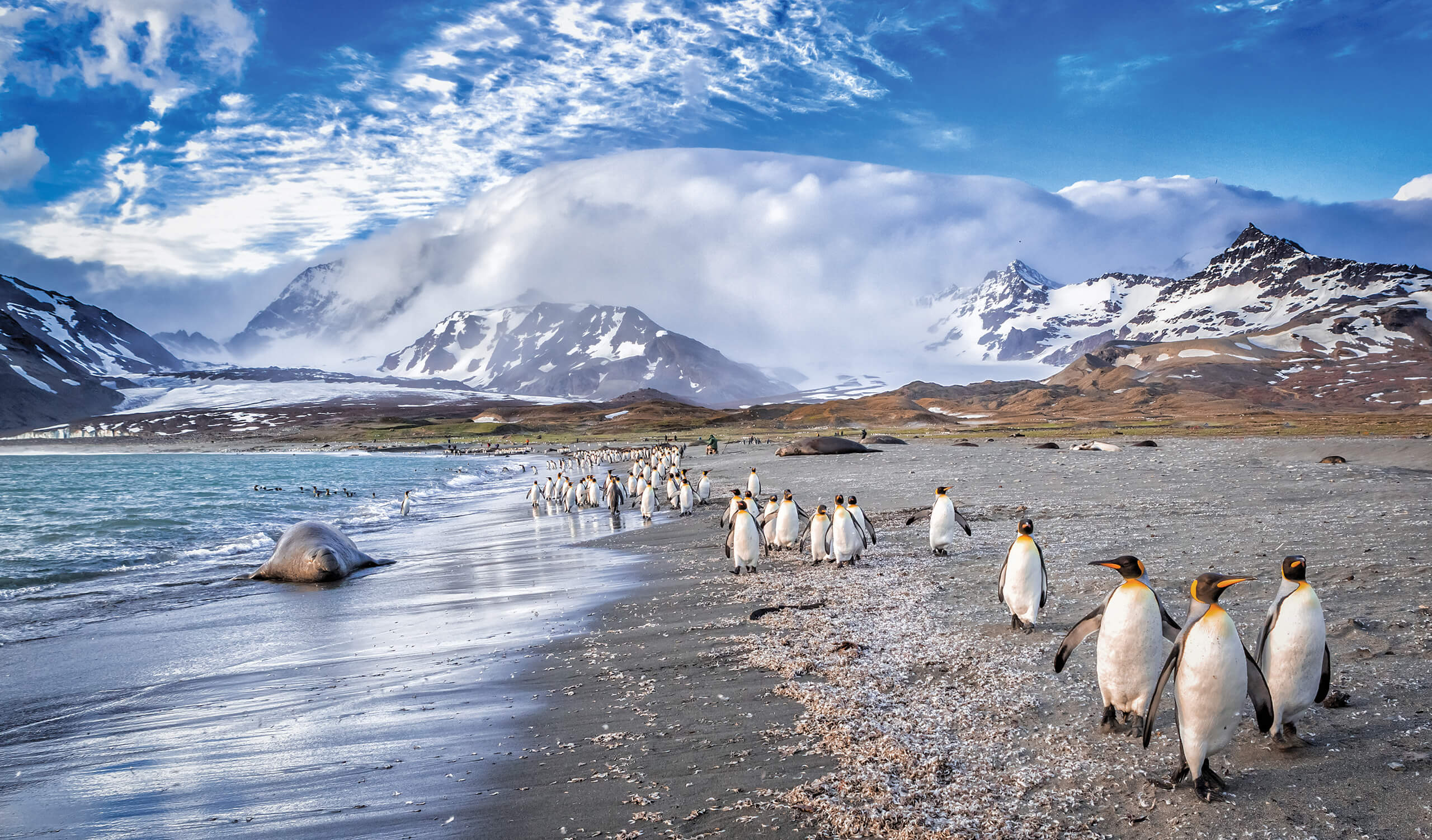 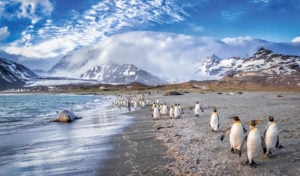 When is the Best Time to Visit Antarctica?

In general, the only time to visit Antarctica is from October to March – this is when Antarctic cruises operate. During these months, the ice starts to break up allowing ships to enter into untouched winter white territory and beautiful wildflowers begin to bloom on the islands. In November, the icebergs are at the greatest size offering guests fantastic photo opportunities.

Weather in Antarctica during the main visiting season is milder than one might expect. Temperatures are typically around freezing in the warmest months on the Antarctic Peninsula, not much lower. In the shoulder season, it does get colder. Warm clothing is essential though at any time.

For some Antarctica trip ideas, see our Top 3 Antarctica Tours. We can offer a range of different trips, including fly-cruises from Chile and cruises starting and ending in Ushuaia, Argentina. The earliest that it is possible to take a cruise to Antarctica is late October each year.

“The Antarctica tourist cruise season is from October to March – but the best time to visit Antarctica is in December and January when the ice has broken down and ships can go further. My personal opinion is that you should try and book a cruise with an itinerary that crosses the Polar Circle to get the full Antarctica experience. For those cruises, you’ll need to plan your trip from January to February. If you’re looking for the best deal, the beginning and the end of the season may have lower prices. Antarctica tourism is growing rapidly, so the best time to go is now before it gets too crowded!”

In late October, cruises start to operate and travelers have the opportunity to be the first explorers of the Antarctic tourist season. Also during this time, guests to the southernmost continent have a chance to see the penguins of South Georgia and the Falkland Islands as it is the beginning of the mating season.

Late October and November is a beautiful time to visit Antarctica as the winter ice starts to break up and guests can venture into areas that were inaccessible earlier in the year. Also during this time grand ice sculptures and icebergs are visible, and wildflowers are in bloom in South Georgia and the Falkland Islands.

Note: In November it’s rarer to see baby animals in Antarctica because it’s too cold for seal pups and penguins.

Antarctica weather in the spring

Top things to do in Antarctica in the spring

The cruises begin their departures in late October. Aboard the ship, it is one of the best times to see the grand icebergs of the area. Travelers can also enjoy spotting penguins of South Georgia and the Falkland Islands as it is the start of the mating season.

Visiting Antarctica in the middle of the cruise season

Antarctica in the “summer season”, from December to January is the peak season for travel. During this time of the year, the days are very long and the temperatures are at their warmest (which is not saying much – it’s Antarctica!). For explorers interested in penguins, seals, and seabirds, visiting Antarctica from December to January is great as there is an abundance of active wildlife.

Travel tip: Pack some sunscreen if you’re traveling to Antarctica from December to January. The sunlight reflecting off the snowy, white terrain will expose travelers to a higher chance of sunburn.

Note: Keep in mind that travel to Antarctica in December and January is very busy as it coincides with Christmas and New Year. Be sure to book at least a year in advance if you’re looking to travel during this time.

Antarctica Weather in the summer

Antarctica’s summer season is considered the “peak season,” as temperatures reach their highest during this time of the year. In December, the peninsula can reach 30F, South Georgia can reach 41F, and the Falkland Islands can get as warm as 46F. Once January hits, it is the height of summer in Antarctica. Travelers can enjoy consistent days of blue skies and sunshine, with the Peninsula reaching 32F and South Georgia reaching 43F.

Top Things to do in Antarctica in summer

Download our FREE South America Travel Guide and get inspired to explore to South America. Browse through 26 pages of travel planning tips and ideas – a great resource for planning your dream vacation.

Late summer to early autumn in Antarctica (February to March)

Visiting Antarctica in February and March is perfect for wildlife enthusiasts. The silver lining of the cooler temperatures is that whales can be seen more regularly. While on the cruise ship, try and spot the humpback and orca whales. It’s also during this time that travelers can see penguins hatch.

Antarctica Weather in February and March

In February, warm(er) weather may occur leaving explorers plenty of opportunities to spot wildlife such as whales, and you have the chance to sail across the Antarctic Circle.

Top Things to do in Antarctica in February and March

March is really the last suitable month for travelers to experience Antarctica. From late February through March, whale watching is the top thing to do. Explorers have the greatest opportunity to spot killer and orca whales. March is also a great time to spot penguins hatching and to sail through the Antarctic Circle before the season to visit Antarctica comes to a close.

Antarctica from April to September

From April to September, you are unable to visit Antarctica because well, it’s absolutely freezing – in fact, below freezing (temperatures below zero!). From April to September, Antarctica begins to form “sea ice” which doubles its area and ships aren’t able to push through. In addition to the sea ice and below-freezing temperatures, during this time of the year, there are very strong winds and little to no daylight. These months of darkness are not suitable for any traveler, no matter how adventurous you are!

Antarctica weather from April to September

Antarctica’s weather from April to September is below freezing. Temperatures drop to lows of -20F / -29C. Cruise ships do not operate during this time due to the large amounts of sea ice that form.

Top Things to Do in Antarctica from April to September

There’s nothing to do in Antarctica at this time of year – because you can’t even get there!

Go on an 8-day cruise to discover the white continent of Antarctica. The cruise includes a visit to a penguin colony, excu...

Ushuaia to Antarctica Cruise on the Plancius

Embark on this 10 to 20 days Cruise and discover the beauty of Patagonia and the Antarctica. Available From November to Ma...

Antarctica is among the most beautiful, pristine and least explored places on the planet. Truly exhilarating, mysterious a...

M/V Skorpios II sails from the Skorpios Terminal in Puerto Natales, a town located 1,000 km south of Santiago, which can b...