Create a custom Argentina Train vacation for less than most premium group tours. Get started by adding destinations and activities to view tour ideas that match your interests.

There are some spectacular Argentina railway tours, not least of which is the Tren a las Nubes, the Train to the Clouds near Salta in the northwestern corner of Argentina.

Trains in Argentina are unlike any other. This vertiginous railway system features breathtaking views from incredible heights, including 19 tunnels and 29 bridges. Also travel between Tucuman and Buenos Aires, a line that’s similar to the Flying Scotsman. Also not to be missed is the Patagonia Express from Viedma on the coast to Bariloche at the footsteps of the Andes. Hop aboard the Train to the Clouds Argentina and take a trip on the End of the World Train Argentina for an experience unlike any other. Interested in more Argentina train tours? We can customize any railway tour of Argentina just to your liking.

Visit Argentina in a different way with the Argentina railway tours. Railroads in Argentina mirror to a large degree the railroads in Great Britain. Not only was a lot of technology imported form there, but the railroads where also part responsible for making Argentina one of the richest countries in the world. Without rail, commodities like wheat and meat would not have had access to the international markets.

If you are interested in rail history, also include into your Argentina train tour the two great railroad station cathedrals in Buenos Aires: Retiro and Consitucion. And of course, include a ride between on one of the oldest metro systems in the world, the Buenos Aires Subte. You can find below our tours that include Argentina railway tours.

Explore Argentina by Rail on this classic Argentina train tour. The Train to the Clouds Salta tour carries thousands of pa...

On our classic Tours to Buenos Aires and Iguazu Falls titled Tango, Samba, and Waterfalls, experience all the best classic...

Discover the Highlights of Argentina on this one-of-a-kind best of Argentina tour through the most scenic landscapes in Ar...

Other Argentina and train tour options 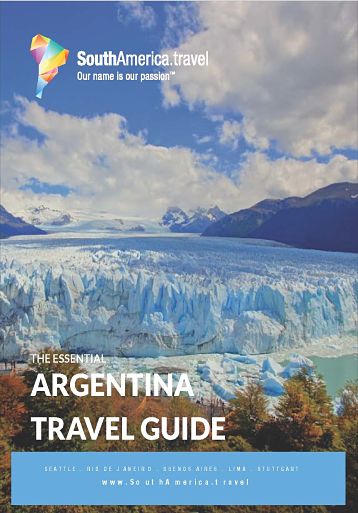 Download our FREE Argnentina Travel Guide and get inspired to travel to Argentina. Browse through 30 pages of travel planning tips and ideas – a great resource for planning your Argentina dream vacation.

Why You Should Experience the Beautiful Waterfalls in Argentina