In this final entry, SouthAmerica.travel Clients Penelope and Raphael recount their experience exploring the various regions of Colombia on their SouthAmerica.travel Tour put together by Travel Expert, Jason Mayo. Read on for their adventures throughout Cartagena and Santa Marta in the final part of this detailed 5-part series. 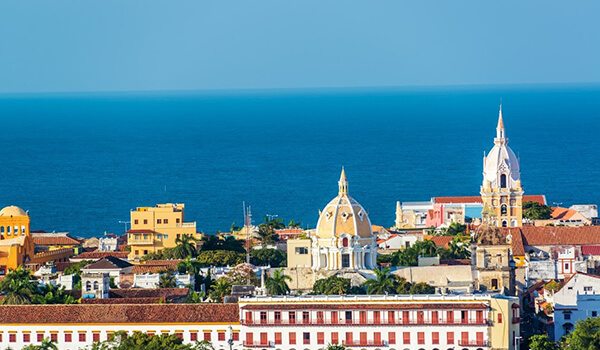 Flying into Cartagena, we were again greeted with the Penelope Ruth sign. Dramatically different weather, this is a Caribbean coastal city with the humidity and heat we hadn’t felt before. Our Hotel Bantu, a lovely boutique charmer, was located in the middle of the most colonial and historical part of the city. The rest is more modern and similar to Miami. Outside the walled city, the rocky coastline is rugged and designed for running. The walled city is huge and like a labyrinth with many similar plazas which means you can get as lost here as in Venice, Italy. Read more: Top 5 Things to See in Cartagena, Colombia

Julio, our guide, picked us up and took us to Fort Castillo de Felipe, probably the best-engineered fort I’ve ever seen. Built-in the 1500s, it is probably the reason the people in Colombia don’t speak English. It’s on a 130-foot high hill strategically towering over the city. In 1741 the English Navy with 23,000 men and 2,000 cannons, was defeated by 3,000 Spanish troops. To add insult to injury, there is a plaque brought with the British to the battle that celebrates the English victory over Spain. That’s how certain they were, that they would be victorious. One more insult to that injury, the victorious Spanish commander Don Blas had one leg, one arm, and one eye. So because of the victory, Colombians speak Spanish instead of English. 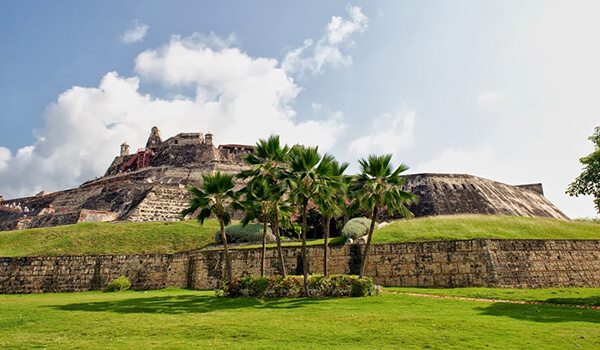 Julio has been a tour guide for 40 years and had many stories. He described the complex labyrinth of tunnels in the fort, some for sleeping and some for hiding and attacking the enemy. One tunnel goes under the water surrounding the fort to the walled city. Our guide was the last to have to cross underground from this tunnel, without light to the old town. Water began seeping from the walls and at one point he was waist-deep in water. He still has nightmares 40 yrs later. He had to do it as a final test as a guide. It was approximately 250 yards, he attempted to give up but was forced back. It took him 2 1/2 hrs to cross, in utter darkness.

Julio, Mr. Cartagena, was incredibly enthusiastic. and he had this verbal style where he seemed blown away by our insights and comments saying “YESSS!” and “EXXXCELENT” nodding exuberantly all the while, making us feel like the top of the class. The next day we were picked up and escorted to the docks for a speedboat trip to an island San Pedro de Majagua About 45 minutes away. Now we felt like we were in the Caribbean with the white powder sand and turquoise aqua water. We signed up for the snorkeling boat and were taken out to a reef which still had coral along with rainbow-colored fish and warm water. Back to the island for a fresh fish dinner with coconut rice (our favorite!). Coconut rice is a staple here at Cartagena. One speedboat ride later and we were back in Cartagena. Our last night was at a restaurant built into a smaller fort with a view of the water with several boats stopping to let off passengers. In the morning, we leisurely breakfasted with the hotel’s resident toucan who deservedly won a prize for “The Best Beak Ever” (I awarded it.) We strolled the colonial city and for our last Cartagena hurrah ate at La Cevicheria. Nick and I share a love for ceviche, raw fresh fish cured in citrus juices–a little different than sushi because the citrus juice has a chemical reaction of “cooking” the fish. This was one of the best! View more: Cartagena Tours

We were picked up at 3:00 PM. We were on way to our last destination, Santa Marta. Santa Marta is a 4-hour drive north from Cartagena, along with the Caribbean Sea. It is the oldest city in Colombia founded in 1525. On the way, we passed a highway sign you don’t often see. Hard to see, but that is an anteater drawing on the sign. We got to the Decameron Hotel after dark, so the beach view was muted. 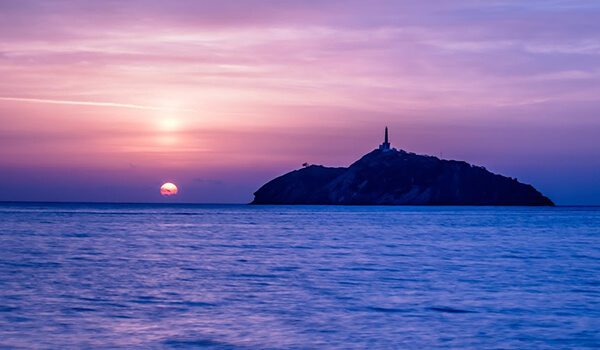 This is an all-inclusive hotel, so all food and drinks were included. Interestingly, 95% of the guests were Colombian with families. We were picked up bright and early by our guide Angie, Young and cute, she was a cheerleader for Santa Marta. Santa Marta is going through many new improvements including an international airport, several hotels, and is being geared up to be less crowded than Cartagena. Our destination, however, was Tayrona National Park, a jungle paradise with sandy beaches and rugged hikes. We took a strenuous hike for  2 ½ hours to an outdoor “restaurant” shack overlooking a remote sandy beach. Read more: Recommended Hotels in Santa Marta

Because Raphael’s knee had been recently operated on, he was reluctant to make the trek back and found out he could rent a horse. That turned out to be an excellent idea and was a fun ride, while we have ridden horses before, we had never been on a horse traversing steep inclines, rocks, narrow passages and precipices over jungle streams, so kudos to the horses! 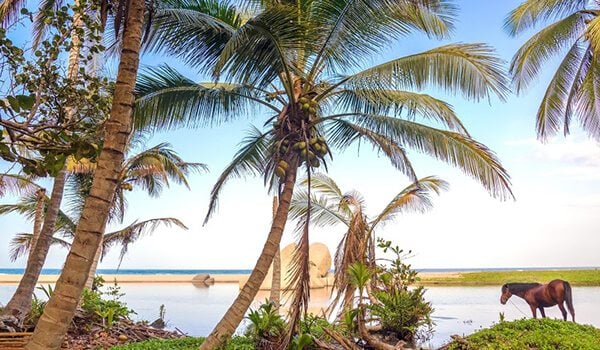 One interesting thing: there is an indigenous group called Los Kogus living in the deep reaches of the park. Their civilization goes back to Pre-Colombia. They remain closed off from civilization and do not speak Spanish. We did see a few who were selling trinkets to the tourists. Back to the hotel, for a luscious dip in the blue Caribbean Sea, one last sunset, and the next morning we were off. Back to Encinitas. Read more: Top 5 National Parks in Colombia Have you enjoyed reading about Penelope and Raphael’s adventures in Colombia? Are you ready to start making your own Travel Diary? Call us today! Our Expert Travel Consultants are happy to help you customize your dream vacation to Colombia. Before you know it, you’ll be sharing with us your own Travel Testimonial, about your time exploring South America. 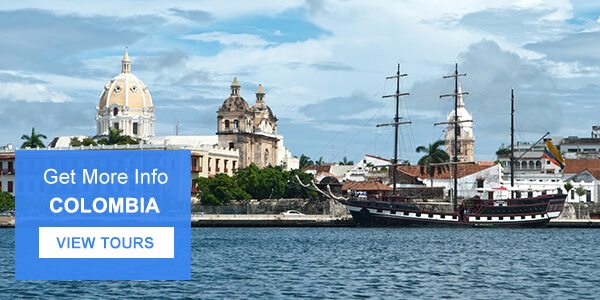 Be sure to visit Penelope’s Odyssey’s where Penelope share’s even more stories from her adventures.