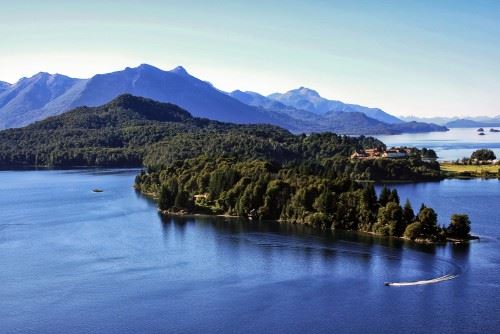 Marking the entrance to Patagonia, the Chilean Lake District and its Argentine counterpart around Bariloche are incomparable destinations that offer unique cultural fusions, dramatic geographical wonders, and can be linked by an extraordinarily breathtaking lake crossing by boat through the Andes. View all our Argentina and Chile Tours, some of which include the Lakes Crossing.

Peppered with snow-capped volcanoes, ethereal blue and green lakes, three virgin national parks, and quaint, colorful fishing towns, the Chilean Lake District, better known as Chico Sur, is a quick flight from Santiago and a destination that absolutely cannot be passed up when building your itinerary around the cono sur.  Often described geographically as the Bavaria of South America, early German immigrants settled in this region and have had a lasting influence on the architecture found here.  The Lake District, though it has surface similarities to Europe, is uniquely Chilean and offers the novice to the seasoned traveler a distinct landscape of thermal hot springs, lush forests, snaking lakes through the ancient Andes, and fauna such as two penguin species, blue whales, the ocelot, puma and Andean flamingos.  This is arguably one of the best vacation destinations in Chile as it offers the perfect harmony of remote isolation in a stellar geographic setting coupled with unique cultural opportunities.

Getting to Chile’s Lake District

The Lake District is easily accessible by bus or plane.  The most direct route is by plane from Santiago to Puerto Montt and is a 1 hour and 40-minute trip. Puerto Montt is the urban hub of this region and is the gateway to most other destinations within the area.  The island of Chiloé and the town of Puerto Varas and its surroundings are both close bus rides from Puerto Montt and are the two MUST-SEE highlights of the region.  Puerto Varas is also the embarking point for the Andean lake crossing to Argentina, but let’s not get ahead of ourselves… 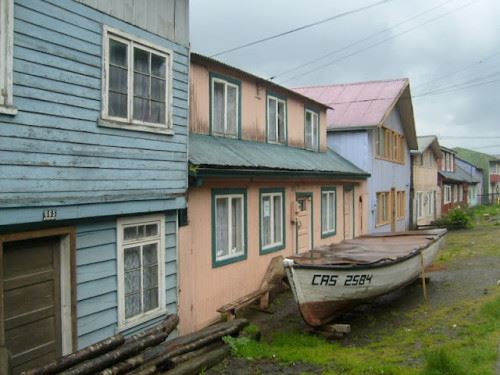 Dotted with colorful fishing towns, Chiloé’s quaint, wooden, coastal villages perched above the water on stilts reveal just how enchanting this corner of Chile is. Chiloé is the second largest island in Chile, second only to the island of Tierra del Fuego, and has a fascinating history intertwining the presence of the indigenous tribes and the later arrival of the Jesuits. This unmatched fusion of indigenous and European styles and culture can be witnessed in the Churches of Chiloé. The churches’ designs include traditional (European) basilican layouts with vaulted ceilings and, reflective of the native style, are built entirely out of finely crafted wood. Woodworking and building is a cultural pride of Chiloé and has been passed on through countless generations. The island additionally boasts several national parks that are home to leafy, virgin forests with snowcapped volcanoes gracing the background and, just off the coast, there are multiple smaller islands where you can see both Humboldt and Magellanic penguins.  These rare creatures always make me smile when I think back to visiting them.  Do you know what sound a penguin makes? No? Neither did I and I think that a trip down to these islands to find out, in itself, makes the trip worthwhile.  Watching these miniatures, tuxedoed characters awkwardly scamper over rocks and beach and then dive into the refreshing adjacent channel and gracefully swim about is remarkable and a comedy show all in one. 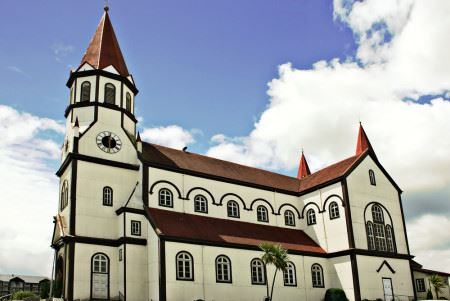 Just 20 km north of Puerto Montt, seemingly plucked from a fairytale, is the town of Puerto Varas.  Located on Lake Llanquihue, Puerto Varas is known for its German traditions, handsome, and heavily German-influenced architecture, seafood, and hotels.  Lake Llanquihue is one of the largest natural lakes in Chile and, as its azure water extends outwards, it meets the sturdy bases of the Calbuco and Osorno Volcanoes that don the skyline of this picturesque haven.  Kayak around the lake and experience the humbling feeling of being dwarfed by these massive peaks, or explore the glorious alpine surroundings in Vincente Pérez Rosales National Park, home to the Petrohué Falls and Lake Todos Los Santos.  If you happen to be here between July and September (the Southern Hemisphere’s winter), ski down the powdery slopes of Mt. Osorno. Puerto Varas is a great destination for a short or long visit but, if you’re here, you absolutely MUST take the lake crossing through the Andes to San Carlos de Bariloche, Argentina.

I know I have talked about several of the other scenic border crossings between Argentina and Chile in previous posts, BUT the lake crossing, covering the four lakes: Llanquihue, Todos Los Santos, Frias and Nahuel-Huapi, between Puerto Varas and Bariloche is by far THE most dramatic and sensational passing between two countries one might ever experience.  Cruise along the icy turquoise and strikingly vivid blue lakes, between the lofty, powder-dusted peaks that create the spine of the South American continent, and relish in the majesty that makes up this natural dream world. This crossing is a destination completely on its own and is worth even rearranging your current South America travel plans to fit it in. This crossing can be done year round and is a seamless combination of boat and bus transport and can be completed in one or two days originating in Puerto Varas or Bariloche. 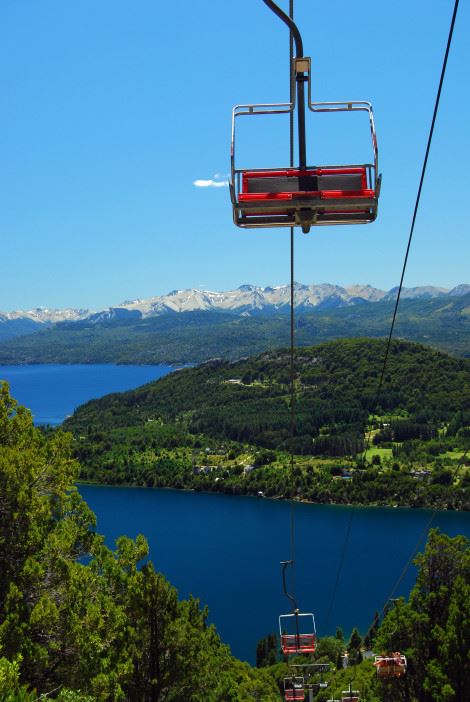 As you glide along the last lake of the crossing between Chile and Argentina, you reach the alpine town of Bariloche.  Completely surrounded by a dazzling display of snow-capped Andean peaks and sapphire lakes, Bariloche is famous for its Swiss-like atmosphere and charms visitors with its scenic solitude, superb ski slopes, quaint chocolate boutiques and top-notch breweries.  This is a hiker’s paradise. Follow numerous circuits leading all around the neighboring lakes and mountains, or, if hiking isn’t for you, sip a glass of wine or savor a local brew somewhere closer to town and let the utter grandeur of the natural wonders around you slowly dominate your senses.  If you are looking for a relaxing, off-grid vacation or one filled with rustic adventure, you will, without a doubt, find it here.

Are you interested in traveling on the lake crossing between the Chilean Lake District and Bariloche?

Contact the South America travel experts at SouthAmerica.travel for a free quote, including the lake crossing, hotels, and tours in Argentina and Chile. 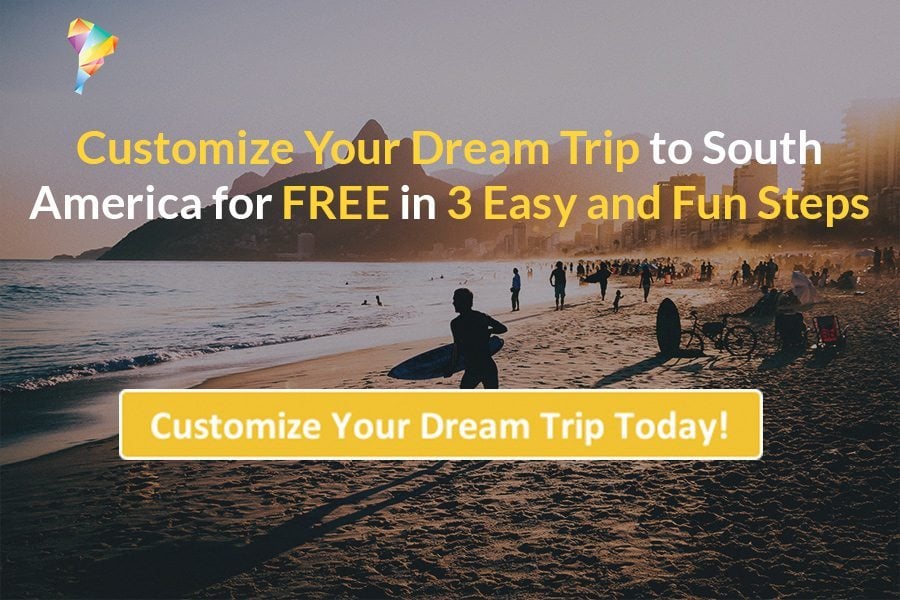 Book a Lake Crossing Tour from Chile to Argentina