Things to do in Paraguay 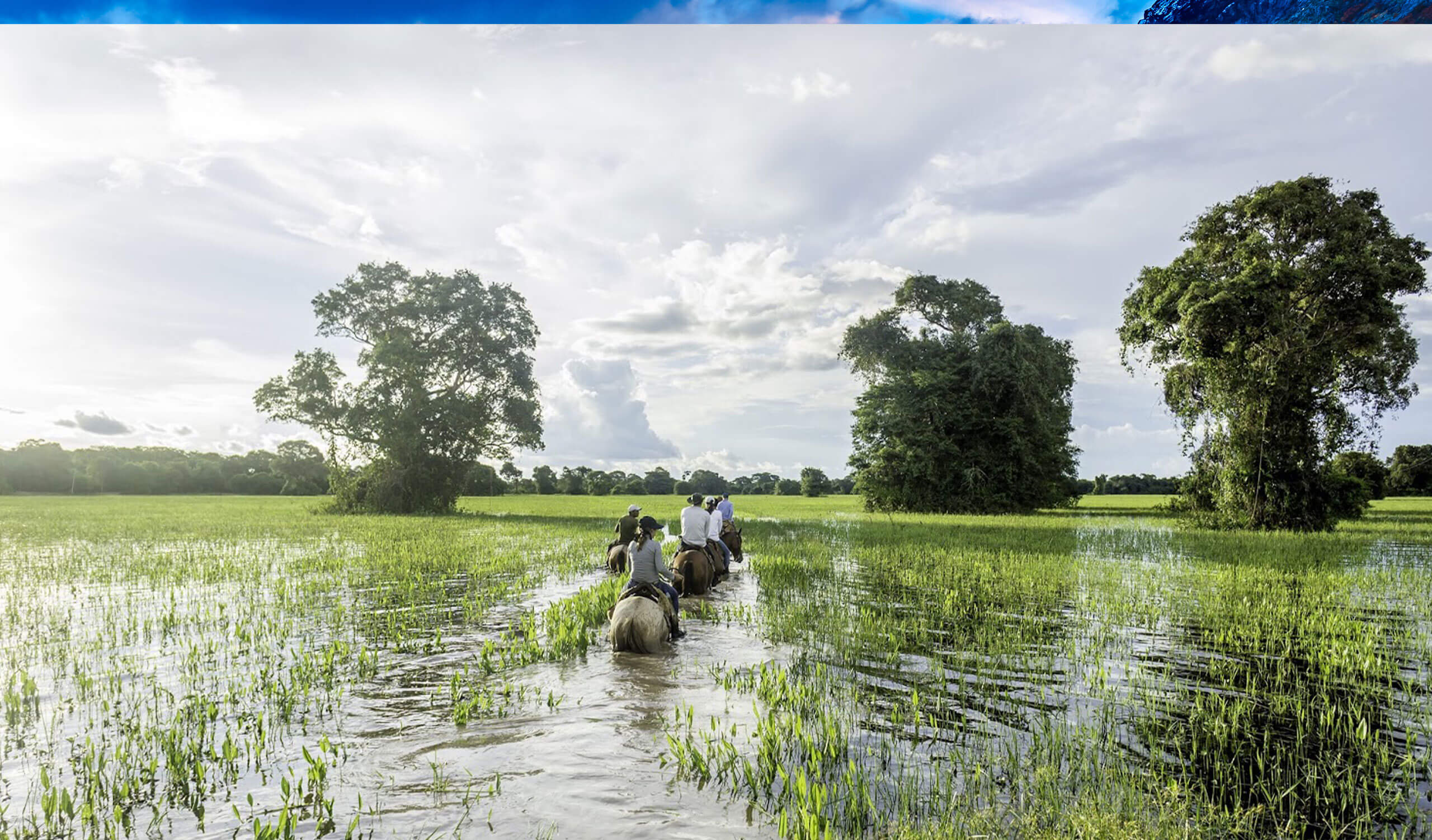 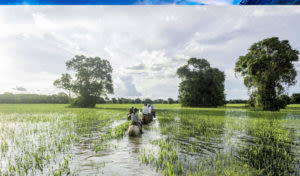 Things to do in Paraguay

Discover the top things to do in Paraguay, one of South America’s less-traveled paths. This small yet fascinating country is incredibly welcoming and beautiful. From its expansive wildlife viewing opportunities to exploring historic ruins of the 17th century, visitors will fall in love with Paraguay.

I visited Paraguay in 2017 and spent ten days touring it quite extensively. I would highly recommend animal watching in the Chaco Region in the western part of the country. I highly recommend taking a wilderness tour from Neuland and exploring El Chaco’s wildlife which includes many species of large birds, caymans, giant anteaters, jaguars, ocelots, pumas and much more. Truly a hidden gem for animal lovers.

Best Things to Do in Paraguay

Spot Wildlife in the Pantanal Wetlands

Located in the center of South America, and bordered by Bolivia, Brazil, and Argentina, Paraguay is incredibly varied in its natural landscapes and wildlife. Sharing the immense Pantanal wetlands with Brazil, some of the best wildlife viewings are available in Paraguay. While the Amazon rainforest is an impressive and exciting region to explore in South America, few visitors consider the underrated Pantanal wetlands. Unlike the dense brush of the Amazon, the Pantanal wetlands offer an uninterrupted view of the horizon. With a plethora of rare flora and fauna habitation the area, like the giant anteater and leopard, wildlife viewing can get no better in South America.

In Paraguay’s capital city, Asunción, history enthusiasts will be greeted by quintessential colonial architecture and national museums, perfect for understanding this lesser-known nation’s past. The Casa de la Independencia is perfect for learning about Paraguay’s fight for independence and the gorgeous red facade of the Palacio de López, the seat of Paraguay’s government, is a must-see.

Iguazu Falls are located on the tri-meeting point of Paraguay, Argentina, and Brazil. As one of the most awe-inspiring natural landscapes in the world, beholding the tremendous cascade of these falls is a memorable experience. Tours explore not only the region by boat and trekking, but also bring visitors to the wildlife heavy Iguazu National Park, which features the rare jungle terrain surrounding these falls.

Mercado Municipal 4 is a massive market located in Asuncion. Featuring thousands of stalls specializing in street food, fresh produce, clothing, artwork and international goods, a visit through this lively market is a must on your tour through Asuncion. Perfect for seeing the real Paraguay, visitors will truly experience a South American market here, while also stalking up on affordable goods.

Things to See in Paraguay

For a truly authentic South American experience, landlocked Paraguay provides travelers with a unique experience. While not as well known as other destinations in South America, Paraguay’s natural beauty and prominent history have left the country with many sites. From the early days of Jesuit missionaries to the turbulent war era in the mid 20’th century, Here are some of the top things to see in Paraguay.

The National Pantheon of Heroes is not only a significant cultural and historical site in Paraguay’s capital but an architectural jewel of the country’s. The white, cathedral-like building houses the tombs and monuments of Paraguay’s most famed heroes. With a dark past rooted in warfare, Paraguay’s leading generals and rulers are honored here, providing visitors a fantastic window into the history of this country.

The Jesuit Mission sites of Paraguay are some of the grandest on the continent. Dating back to 1609, these once extravagant cathedrals and residences were built by missionaries from Europe. For 150 years, throughout Paraguay, these missionaries constructed beautiful monuments, testifying to the historic and cultural richness of the country. Today monuments like La Santísima Trinidad de Paraná and Jesús de Tavarangüe have been declared as UNESCO World Heritage sites.

Fortin Boquerón is a significant site in Paraguay. It is one of the places of the Chaco War between Paraguay and Bolivia in 1932-35. The war even involved the local German immigrants, who fought for both sides of their countries. The fort provides an in-depth look at the history of both Paraguay and Bolivia.

Post World War II thousands of Germans immigrated to South America, with many settling in Paraguay. Independencia was founded in the 1920s by German immigrants and remains today a quintessential German town. With loads of European influences, from architecture, festivals, and cuisine, the town is an unusual gem to Paraguay. For nature enthusiasts, the surrounding areas offer some spectacular hikes, like the salto suizo and walk and curuzu hill, with viewpoints over the city.

Ciudad Del Este is the home of Itaipu – the most powerful hydro plant in the world. This massive structure is considered one of the modern wonders of the world. Powerful enough to produce more energy than 12 nuclear plants, the structure showcases Brazil and Paraguay’s ability to compete in the modern world of architecture and energy. Additionally, the hydroelectric dam is famed for its intricate light shows. Visitors flock to the dam after sunset to watch the dramatic performance accompanied by local music.

Oktoberfest – Oktoberfest in Paraguay is a unique experience, showcasing the curious immigrant communities of the nation. The main celebration is in Asuncion, where the German relatives raise a stein to celebrate their heritage.

Carnival – The carnival of Nigren de la Candelaria also occurs in February and is popular amongst tourists. The event is a grand display of native dances, music, and costume, popular in the Andean regions of South America.

Verbena de San Juan – Verbena De San Juan is held on June 24, celebrating Saint John. The festival is a display of Christian faith and cultural beliefs relating to the sun. Paraguayans perform unusual rituals with fire, including jumping over huge bonfires, walking over embers, and performing fire dances that are believed to burn their sins and support the sun.

Paraguayans enjoy typical South American food such as empanadas, as well as meals made with a Brazilian influence. Though while in Paraguay, make sure to try some of the local favorites such as Chipá, a bread roll made from mandioca (cassava), filled with eggs and cheese. For something to soothe your soul, try Bori Bori, a bowl of warm chicken soup or Pira Caldo, a hearty fish soup. Paraguayan food and drink are just as delicious as its neighboring powerhouse countries like Brazil and Argentina.

Yes, Paraguay is an extremely safe country to visit in South America. It is very unlikely that travelers will encounter any problems while traveling to Paraguay.

The best time to visit Paraguay is from October to March, also known as the peak season. At this time of year, Paraguay boasts warm temperatures perfect for exploring the country and its popular sights. However, keep in mind that Paraguay can be visited at any time of the year. Largely, the country is considered subtropical and maintains a hot, humid climate year-round.

What is Paraguay Known for?

Paraguay is most known for its impressive wildlife and beautifully preserved Jesuit Missionaries. Sharing the Pantanal Wetlands with Brazil, Paraguay claims to some of the world’s top wildlife viewing. While the Amazon Rainforest has gained more international attention, the massive Pantanal Wetlands dominate in biodiversity. With approximately 4,700 species of animals living in the area and its flat, uninterrupted landscape, visitors are guaranteed to see the various wildlife.

For history and culture, Paraguay has plenty to offer visitors. During the 1600s, South America attracted many European Missionaries. Today, only a handful of these impressive churches and sites remain, many of which are in Paraguay. All listed as UNESCO World Heritage sites, exploring these principal points in South America’s history is a must.