Tours of the Inti Raymi Festival in Cusco, Peru

Is there any better way to celebrate the winter solstice than in Cusco? The Incas were sun-worshipers, and they pulled out all the stops for the winter solstice each year. When they knew they had to persuade the sun god, Inti, to give them another year of plentiful sunshine. Embark on a Peru tour to see the Inti Raymi Festival in Cusco. It’s one of the best ways to experience Inca culture as it was nearly 500 years ago.

The pageant begins with colorfully costumed dancers and musicians who start the show at Koricancha, the Temple of the Sun, in the heart of downtown Cusco. The Temple of the Sun was majestic during the Inca Empire, but the Spanish razed the temple and built the Church of Santo Domingo over it. Outside of the church is a large field, where the procession begins.

With Catholic mass going on inside the church, a flag representing the start of the festival is raised out on the field. Once mass is concluded, the “Sapa Inca” announces the beginning of the festival. Two lucky actors are chosen to portray Sapa Inca, along with his wife, Mama Occla, in the year leading up to the festival.

The Festival Heats Up

The Sapa Inca and Mama Occla, then climb upon their golden thrones, and are carried through the flower-strewn streets of Cusco. Once at the Sacsayhuaman ruins, located 2 km outside the city center on a hill. Following them are actors playing the Inca nobility, dressed in brightly colored fabrics. There are also actors portraying the “Suyos,” the main Inca animals: puma, snake, and condors.

Sacsayhuaman was an important Inca fortress or religious site that was also destroyed by the Spanish. But the massive stone foundations remain, and the field surrounding the ruins is wide enough to hold the large procession and its many on-lookers. Here, the re-enactment of Inca traditions continues, as the Sapa Inca thanks the sun god Inti for healthy crops. Next, the actors kindle a fire and then stage a fake ritual sacrifice a llama.

During the original festival, the Incas were more dedicated (or more desperate) to appease the gods, because mass sacrifices were the central part of the event. Dancing and music continue. Dancers wear aya huma masks, an indigenous style of mask, or paint their faces.

The Inti Raymi Festival is one of the most colorful, lively, and exciting events that takes place each year in Cusco. It is held annually on June 24th, although the original festival was held for a full 9 days during the Inca Empire. In the days leading up to and following the solstice parade, there are lots of exciting events around the city, such as street fairs, music concerts.

Begin the tour by watching the pageant – complete with costumed dancers and live music – as it proceeds through the city streets to the Plaza. Then take a bus uphill to Sacsayhuaman to watch the rest of the festivities. A box lunch is included. The whole pageant lasts about 5 hours at Sacsayhuaman.

The site often fills to max capacity, so it is a good idea to reserve a good seat in advance. You can purchase seats and a complete Inti Raymi Tour package through our travel consultants at SouthAmerica.travel. Also note that hotel availability during the week of Inti Raymi is often very limited, so you need to reserve your hotel in Cusco or the Sacred Valley well in advance. Contact us to book a tour to see the Inti Raymi Festival in Cusco, Peru. 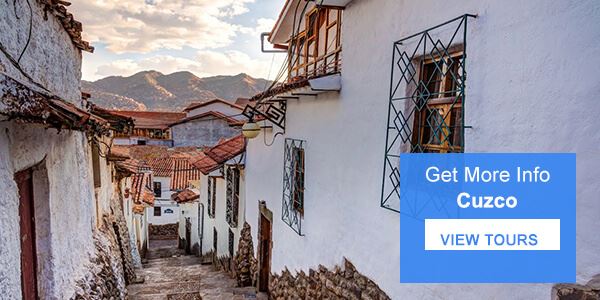