Create a custom Ouro Preto vacation for less than most premium group tours. Get started by adding destinations and activities to view Brazil tour ideas that match your interests.

It is beyond worth it to include the historic town of Ouro Preto into your tour of Brazil. Ouro Preto is an incredible former colonial gold mining town in the hills of Minas Gerais, north of Rio. The wealth earned from its gold mining attracted Europe’s intelligentsia, resulting in a baroque revival which can be witnessed in its extravagant array of churches and museums. While here, embrace the newly found energy of this college town and walk along the cobblestone streets which lead you to local restaurants, artisan chocolate shops, local art galleries, churches, and theaters.

For more, explore the area’s gold mines, especially Little King’s Mine, marvel at the well-preserved colonial look and hitch a ride on the old steam engine still running between Mariana and Ouro Preto while on your Brazil trip.

Visit Ouro Preto with a walking tour of the historic downtown, called the Praça Tiradentes, which has cobblestone streets and some steep hills. There are also some great museums, such as the Museu do Chá (Tea Museum), the Escolas de Minas (School of Mines), and the Museu da Inconfidência. The Matriz de Nossa Senhora da Conceição church has a beautiful facade and contains the grave of the Brazilian sculptor Aleijadinho. Make sure to check out the 18th-century Teatro Municipal (Opera House), which is the oldest theater in South America that is still running. Make sure to try some of the typical Mineira food at a local restaurant. If you are interested in gold mines and learning more about Ouro Preto’s mining history, head to some of the mines open to tourists, complete with steel cable trolleys, petrified trees, subterranean lakes. Also, you may want to explore the Itacolomi State Park, where you can go on guided hikes to Itacolomi Peak and the Labras Novas waterfalls. Ouro Preto has vivacious Carnival and Holy Week celebrations, including flower petals that decorate the streets during Holy Week.

On our Colonial Gems & Historic Cities in Brazil Tour, get a taste of some of the most beautiful and historic cities i...

The trip is a mixture of natural and cultural beauties of the fifth largest country in the world, combined with train ride...

The Rio de Janeiro, Ouro Preto, and Amazon Rainforest tour is a 13-day Brazil vacation package that will show you 3 highli...

This Brazil Train Tour will stir the blood of every railway enthusiast. Traveling by train is an exciting alternative to f... 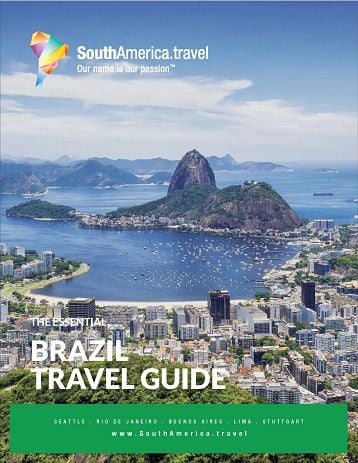