Best Things to do in Cartagena Colombia

Travel Consultant Christina Schranz recently spent 2 weeks traveling through Colombia and the city of Cartagena was by far one of her favorite cities.  From segway tours through the city to authentic Colombian cuisine, Cartagena is a beautiful destination that should be on every traveler’s bucket list. Keep reading to find out what Christina recommends doing in Cartagena.

Segway Tour through the Historic District 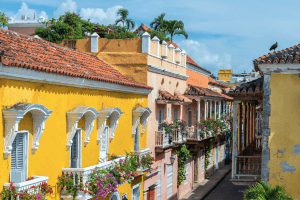 One of the best & most fun ways to discover the historical center of Cartagena is by taking a Segway Tour. Riding on the Segway allows visitors to get an overview of the city and to submerge themselves in its history. You will make numerous stops along the way to take in the beautiful buildings and lively streets to capture some great pictures. While you zip around Cartagena, informative guides will point out the most important landmarks, churches, their favorite restaurants, and more. If you are worried about riding the Segway, don’t be.  Riding a Segway is very simple and you will learn the technique in no time. 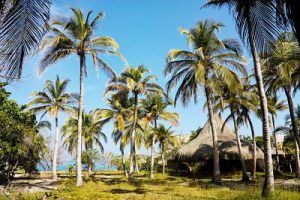 Escape from Cartagena for a day – take off in a speed boat crossing Cartagena Bay, passing through Bocachica and skirting along the northern coast of the island of Baru towards Rosario Islands. After about an hour, you will find yourself in a tropical paradise. The waters around the Rosario Islands are turquoise blue and crystal clear. Spend the day relaxing on the beach, swimming in the pristine waters of the Caribbean, visiting the local aquarium, swimming or snorkeling. 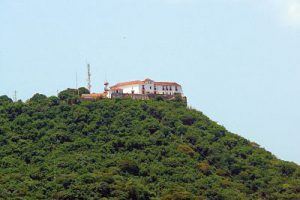 The Covento de la Popa was constructed at the highest point in Cartagena at the top of a 150m high hill. The views are fantastic and stretch across the entire city. The name of the convent, literally meaning “Convent of the Stern” comes from the hill’s apparent similarity to the back end of a ship. It was founded by Augustinian monks in 1607. The offical name is Convento de Nuestra Señora de la Candelaria. 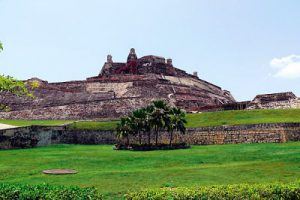 No visit to Cartagena would be complete without visiting Castillo de San Felipe de Barajas, one of the greatest fortresses ever built by the Spaniards in any of their colonies. This is a huge part of Cartagena’s cityscape and should definitely be on your list of places to visit. It was commissioned in 1630 – the construction began in 1657 on the 40meter high San Lazar Hill. Despite numerous efforts to storm the fortress, it was never taken.  A complex system of tunnels was used to distribute materials, provisions and to evacuate if necessary.

While discovering Cartagena, make a stop at San Pedro Restaurant, located right next to the Convento de San Pedro Claver, built in the early 17th century by the Jesuit community. The restaurant has a great ambiance, good food, and a beautiful view. Enjoy lunch, dinner or a drink as you take in the view of the church or enjoy some people watching. The restaurant offers a wide variety of drinks, local Colombian cuisine, along with international dishes from Japan and Thailand. Come because you are hungry or need a break, but you will find yourself staying because of the atmosphere. The scene is particularly interesting at night – it is a bit quieter than in other parts of Cartagena due to its privileged location along a little plaza, but it still has the lively energy of Cartagena that makes this city so special. 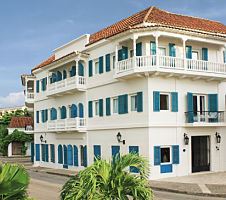 Hotel Monterrey allows guests to admire Cartagena’s impeccable walled City from their own rooms due to its perfect location across from Independencia Square. This modern 30-room hotel is settled on a restored 19th-century mansion, and its furniture and decorations blend with the colonial charm of the historic city. Breakfast is served on the patio, which is also open during the afternoon for guests to unwind over a cup of Colombian coffee. From the terrace, an alluring panoramic view can be appreciated. 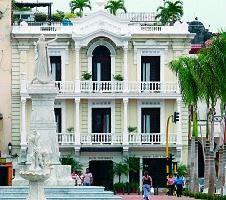 Located in the exclusive San Diego neighborhood of the legendary walled city of Cartagena de Indias, this romantic boutique hotel is in a restored 17th-century building that is now considered a national monument. The modern facilities at this hotel include an outdoor swimming pool, a terrace, two restaurants, a bar and spa. All rooms are non-smoking and offer luxurious accommodations. 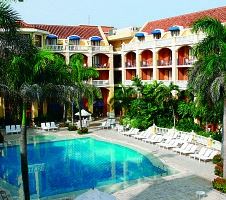 This 5-star hotel sits in a 17th-century colonial building and combines colonial architecture, modern technology, and luxury.  There are more than 120 rooms and suites in the hotel. Guests can enjoy using the swimming pool, relax in the Caribbean sun, unwind at the spa or enjoy lunch or dinner at the gourmet restaurant on site.

Get started planning your dream trip to Cartagena! 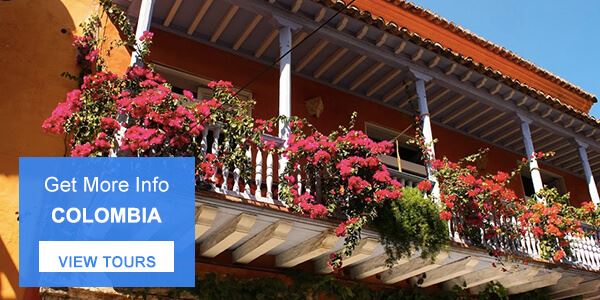 Christina was born in Vienna, Austria, and pursued a degree in Int'l Business in California before graduating with a Masters in Marketing. After working as a real estate consultant in San Diego, she followed her ultimate dream: live in South America. She moved to Buenos Aires and fell in love with the country.

Now she combines her three passions: travel, sales & learning about new cultures! Christina has traveled through Argentina, Antarctica, Brazil, Peru, Bolivia, Ecuador, Uruguay, Colombia & Chile. Highlights include a Patagonian cruise to Cape Horn & Perito Moreno Glacier, and watching the sunset in Salvador, Brazil while sipping agua de coco! There are still many places she would love to explore, including Northern Peru & Easter Island.