The Top 7 Festivals in Argentina You Need to Experience

Argentina is the second largest country in South America, full of diverse cultures, friendly people, and fascinating landscapes. Festivals in Argentina will give you the best idea about how Argentinians like to have fun together. If you’re looking for an excellent way to discover the country, we suggest visiting Argentina during one (or more) of its festivals. January and February are the months with the most festivals in Argentina. Every festival features local music, dance, and food. Here’s a list of the Top 7 Festivals in Argentina that we recommend.

The Cosquín Festival is the most important festival in Argentina. The celebration lasts over nine nights in this small city not far from Cordoba. All genres of Folklore music are represented. From the Santiago del Estero´s “chacarera,” to the “chamamé” from the Littoral region, you’re bound to hear some great music! In addition to the music, a variety of traditional Argentine cuisine is served. 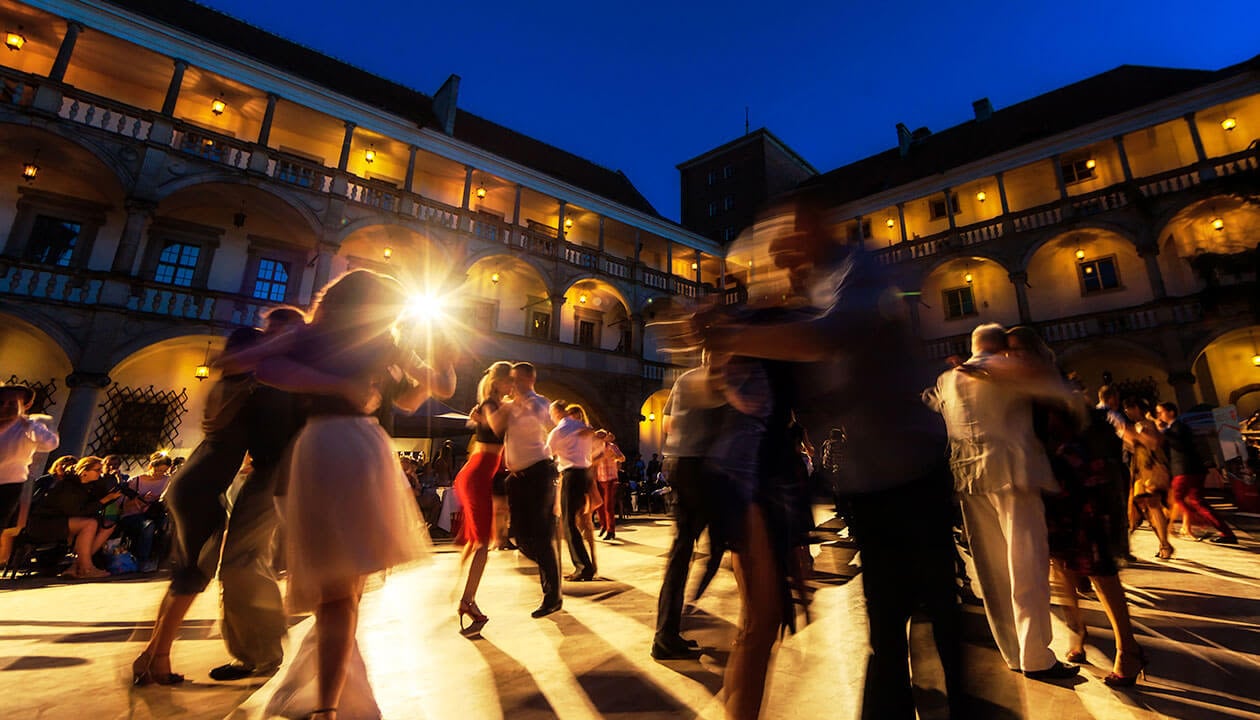 Buenos Aires is the Tango capital city of the world. Every August, the Tango Festival takes place. This festival features a Tango competition with dancing couples from all over the world. During this time, you can watch professional performances all over the city. You can also learn the basic Tango steps on a Tango tour through Buenos Aires! The free two-week event is the world’s largest tango festival with 2,000 performers and nearly half a million visitors. The Tango Festival is one of the quintessential Argentina celebrations you can not miss! 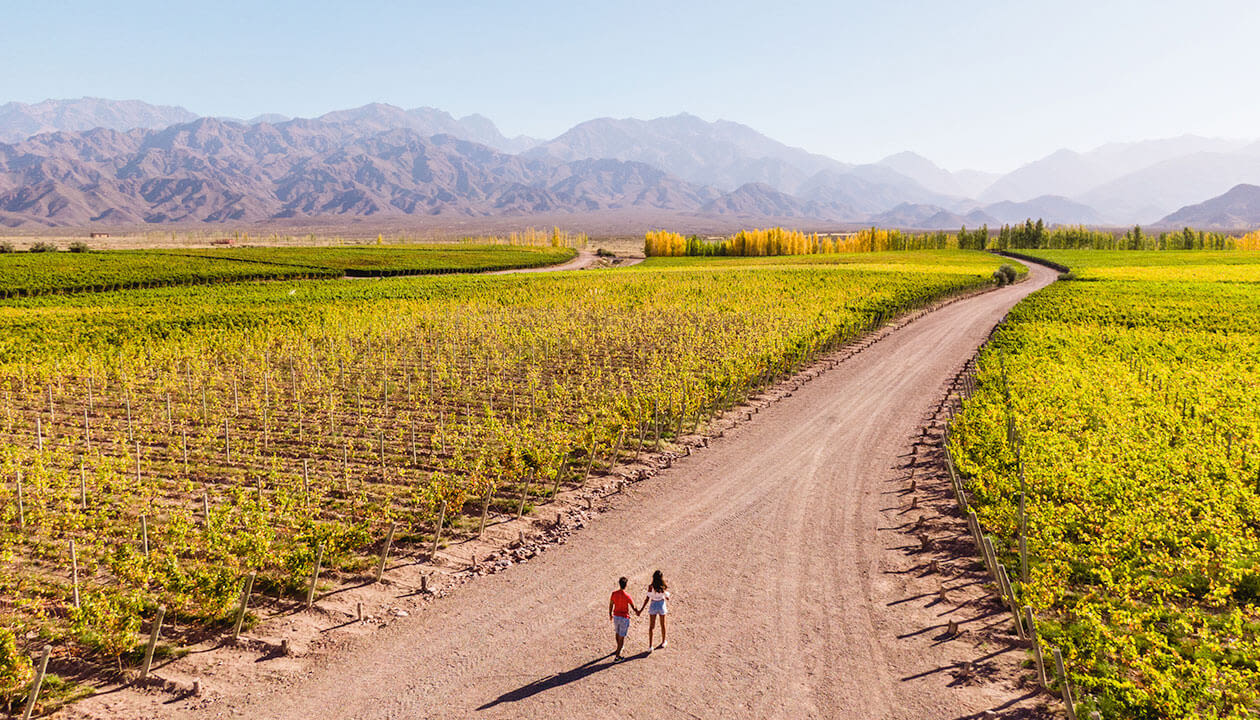 This traditional Argentine festival takes place every March in Mendoza, Argentina‘s wine capital. People gather to celebrate the grapes transforming into exquisite wine, after a long harvest. This celebration started in 1936 and has grown to a large set of shows, concerts, and gatherings that take place throughout the week. If you’re interested in Argentina Wine Tours, this is the perfect festival for you!

In addition to other countries, Argentina also celebrates Carnival. In fact, Carnival is a Catholic celebration that takes place in all over Argentina. However, the main event takes place in Gualeguaychú, Entre Rios, a few hours from Buenos Aires. The parades and elaborate shows occur throughout January and February. The largest celebrations take place during the weekend and the actual Carnival dates. Typically Carnival starts at the end of February and continues until the beginning of March. Although the festival is not as popular as some other South America festivals, you can expect large crowds, and a lot of music, dancing, and drinking. 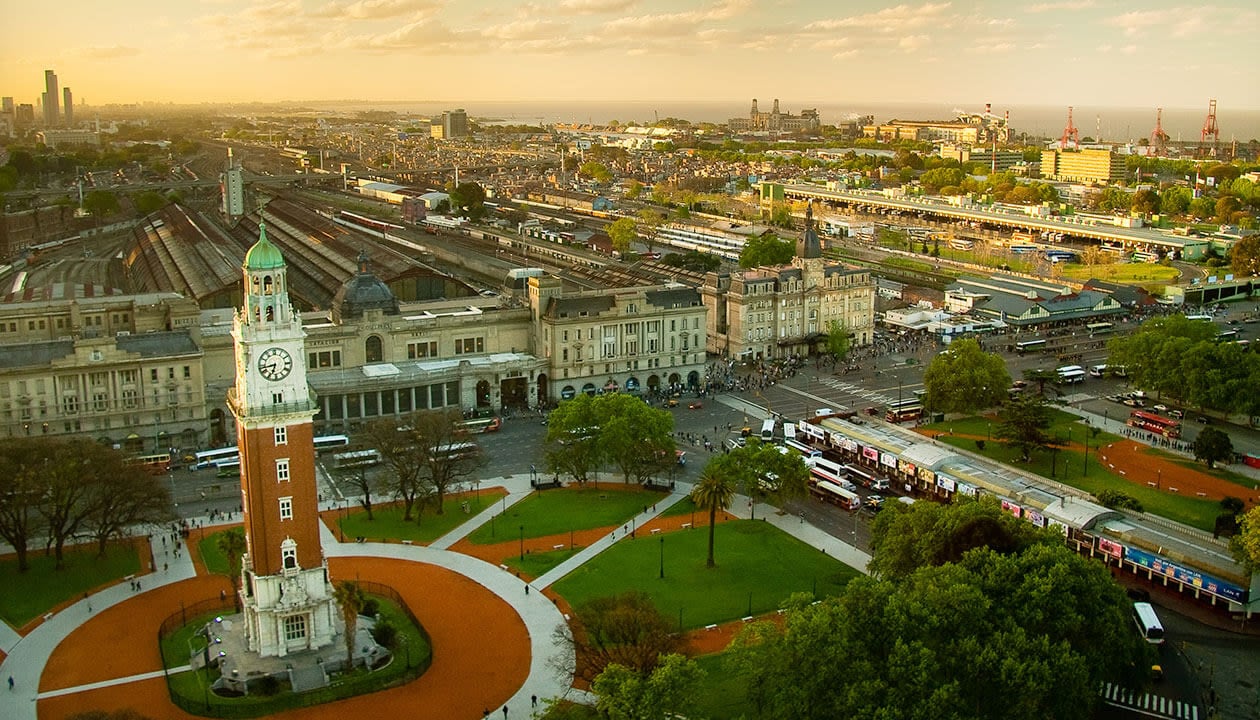 Like I mentioned earlier, Carnival is also celebrated in other areas of Argentina, including Buenos Aires! If you visit Buenos Aires in February or the beginning of March, you will probably witness the Carnival celebrations. Carnival centers around the murgas, neighborhood groups that dress in brightly colored costumes and perform rhythmic music and dance in the streets. This can be maybe the most known festival in Argentina!

These presentations often include commentary on life, current affairs, and the neighborhood. Performers in shiny costumes and top hats whirl and kick to the rhythmic pulse of the drums, snare drums, cymbals, and whistle as they parade through the streets in performances for which each group rehearses all year round.

Judges pick a winner based on the colors and designs of their costumes, the choreographies, music, and the number of people present. More than 100 murgas take place across different neighborhoods each weekend in February.

*Murga is a form of popular musical theatre. You can experience this genre in Uruguay, Argentina and Badajoz, Spain during the Carnival season. 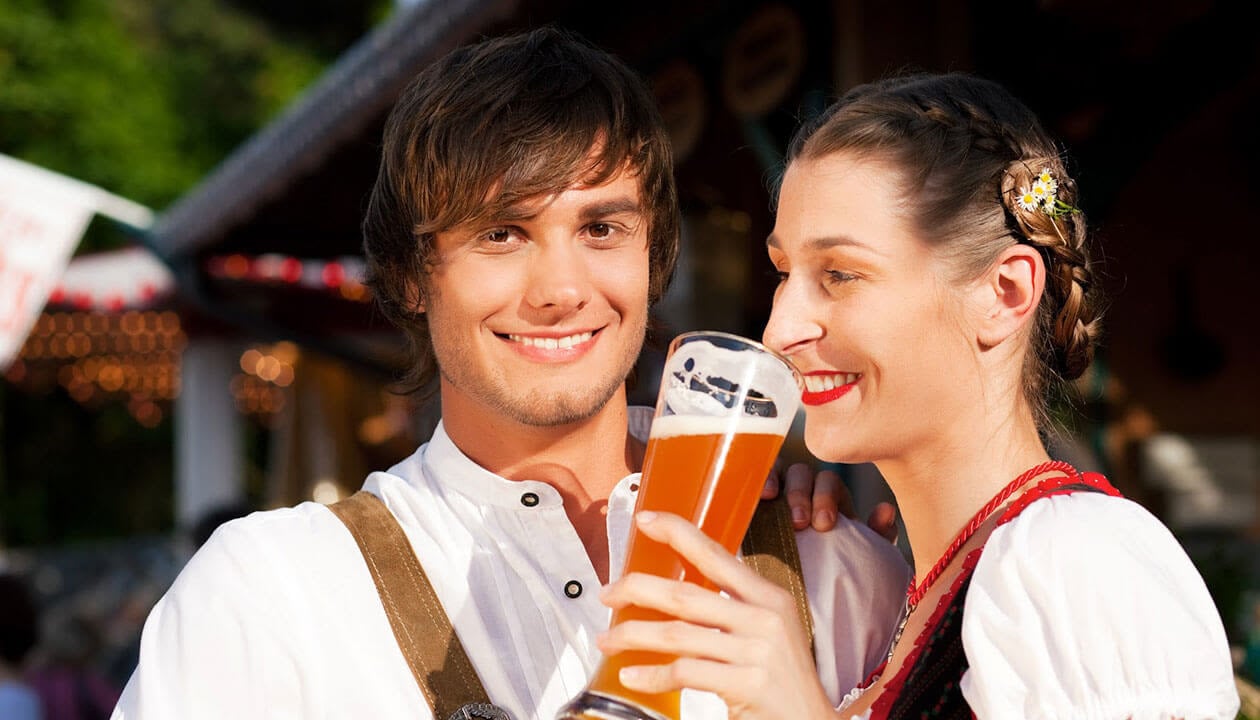 Argentina’s version of Oktoberfest takes place over October’s long weekend (typically around the 12th), in the German-founded city of Villa General Belgrano, a beautiful setting between Cordoba’s sierras chicas (hills). The original Oktoberfest takes place in Munich, Germany, but German immigrants living in Cordoba decided decades ago to start their version of it.  We can say that this Argentine festival is about celebrating the beer and the German culture. The city’s huge beer garden works as the main venue, where beer brewers from all over the country gather to sell their best products, as well as traditional German food.

Jesús María festival is an event of folkloric music and horsemanship. You will experience the Argentine folk music and watch gauchos (Argentinian cowboys) who perform their skills on horseback. It is the most important meeting in Argentina (and perhaps in South America), featuring folklore music and the horsmenship skills.

Every year in January, this ver Argentine festival takes place in the city of Jesús María. The town is located 50 km north of the capital city of the province of Córdoba. People gather in an amphitheater called José Hernández Amphitheater. It has an oval shape with a stage located in the north sector, where soloists and folklore groups perform, and a rider field that has enclosure corrals in the arena.

If you are interested in Cordoba’s rich Jesuit history, this is one of the best things to do in Cordoba. This event will be one of the highlights of your trip. Also, Jesus Maria is one of the Argentina wine hubs of the region. Don’t forget to visit the vineyards and sample their delicious wines!

Are You Ready to Experience the Best Festivals in Argentina?

Contact us today and one of our Expert Travel Consultants will help you plan your trip to Argentina. We can combine your favourite destinations and have you experience a festival in Argentina. Tell us what you’re most excited about and we’ll create a tailor-made Argentina travel package perfect for you.

Clara was born and raised in Buenos Aires, Argentina, the city she loves and wishes everybody could visit! She graduated with a degree in Tourism Administration in Argentina before moving to England to work on her English and continue her education with a Postgraduate course at the University of Birmingham. After traveling around Europe and getting used to fish and chips for lunch instead of the traditional Argentinean asado, she came back to her home country in 2008 and started working in the Tourism industry, as a travel consultant for SouthAmerica.travel. Being a travel enthusiast, she can't stop touring her home continent, from the breathtaking Galapagos Islands, to the powerful Iguazu Falls, and her favorite, the Argentinean and Chilean Patagonia.

More from our Blog
Argentina News

10 days in Argentina – The Land of Contrast