The climate of Paraguay is considered subtropical, with distinct seasons. The rainy season is during summer from October to April. In the Chaco region of Paraguay, you can find a tropical climate with warm summers and winters. During the summers, from December to February, Paraguay can get scorching hot – around 35 degrees Celsius. In some areas in the north, it can reach 38 degrees Celsius. Try to stay out of the sun, and hydrate regularly when temperatures rise this high.

The winter season is from May through September, with cooler weather. July is typically the coldest month of the year in Paraguay. Sometimes during the winter months, arctic air travels from Antarctica and lowers the temperature in other regions of Paraguay. Nightly frosts are usual during this time.

Milder temperatures creep into the country during the months March to October, and from June to August temperatures drop down significantly. If you visit the Paraneña region, you will experience abundant precipitation throughout the year, with only a few changes in temperature depending on the season. Make sure to pack an umbrella for the frequent showers!

Southern Paraguay is humid, while northern Paraguay (dominated by Chaco) is semi-arid. Chaco is an isolated area of the country, and lower than 3 percent of the country’s population lives there. This area can be dangerous for travelers exploring alone due to the isolation of the region. Due to drought, high temperatures, and strong wind patterns, wildfires are common. If you plan on visiting Chaco, we recommend visiting during the months July to August, when the weather is the most pleasant. 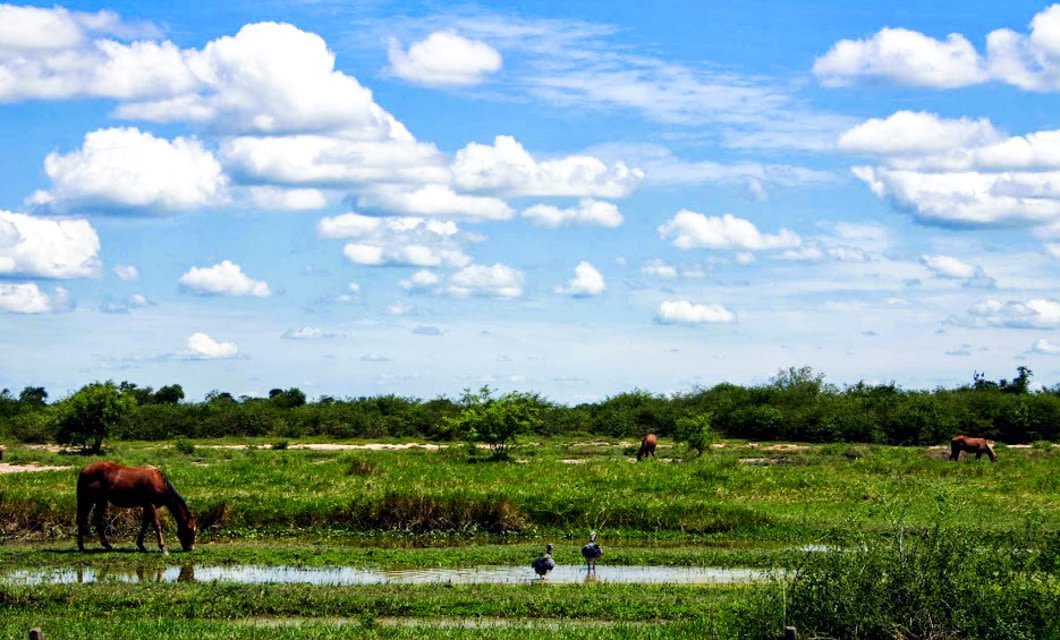