The phrase, “wildlife in South America” conjures images of parrots, monkeys, and piranhas in the Amazon, wild alpacas roaming the deserts of Chile, and giant tortoises and iguanas in the Galapagos Islands – but for many travelers a trip to this continent just isn’t complete without getting as close as possible to some adorable penguins. And contrary to popular belief, you don’t have to go all the way to Antarctica to see them. From November to March, right after the young have hatched, penguins spend their time on shore with their fuzzy babies. There are plenty of colonies where you can actually walk right alongside these curious, charismatic creatures while learning about local preservation efforts to protect them.

From the southernmost tip of the continent in both Chilean and Argentine Patagonia, you have the opportunity to get up close and personal with the indigenous Magellanic penguins. From Punta Arenas in Chile, you can take a boat tour to Isla Magdalena to see South American Penguins. While in Ushuaia, Argentina, you can sail the Beagle Channel to Isla Martillo – on both of these islands you can disembark and spend about an hour waddling around with the hundreds of thousands of penguins. Read more about our Patagonia Wildlife Cruise 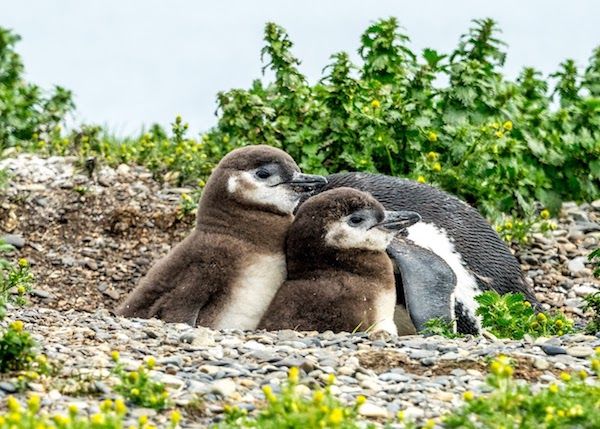 Go on a short 4-day excursion through Puerto Deseado for a Patagonia Bird watching tour to see South American Penguins!  Here you can see the silly looking Rockhopper penguin, distinguished by their long bright yellow eyebrow.  The Rockhopper Penguins are the smallest of the crested penguins.  Some people call them the “Bobo Bird Jumper” because they move around by jumping. Every year from late October through April, they visit the coast of Puerto Deseado in Santa Cruz.  Get up close and personal with the penguin colony and be sure to take plenty of photos.  Be prepared to see about 30 thousand Rockhopper and Magellanic penguins raising their young in the Penguin Island Provincial Reserve. Read more about our Patagonia Bird Watching Tour 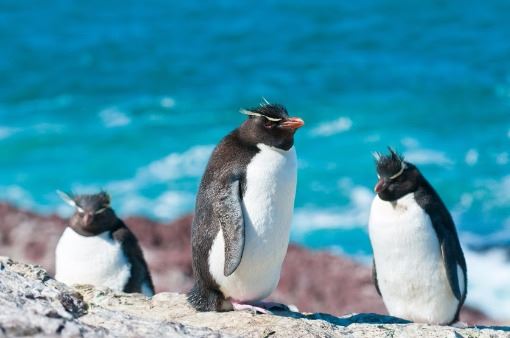 A little further north off the coast of the Peninsula Valdes in Argentina, there is another huge colony of over 1 million penguins at Punta Tombo. Further north in Chile near the Lakes District you can visit the mythical, traditional Chiloe Island, where you can see the endangered Humboldt penguin living alongside Magellanic penguins. Even further north, about 300 miles past Santiago, is the Humboldt Penguin National Reserve. A boat ride through crystal clear, bright blue water will take you to a cluster of three small islands, where along with sea lions and dolphins, you will spot penguins playing along with the rocky shore (but you won’t be able to walk near them on shore here). Only one island here, Isla Damas, allows visitors to walk on the white sands, where you can also snorkel or hike to the highest point of the island for expansive views. Your journey to see South American Penguins awaits! Read more about our Wildlife Patagonia Tour 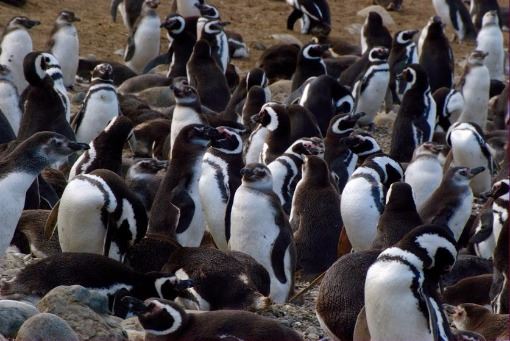 On a cruise in the Galapagos Islands, the archipelago off the coast of Ecuador where Charles Darwin developed his theory of evolution, you can spot the only penguin that lives in tropical climates. If you swim or snorkel off of these islands, you may even see a penguin right in the water with you. This is the only place in the world where you can swim in warm water with a penguin in a bathing suit instead of in frigid waters with a wetsuit. Read more about our Galapagos Islands Cruises

For the ultimate Penguin experience, considering going on a cruise to Antarctica and visiting the South Shetland Islands.  This is a haven for wildlife, filled with penguin rookeries and beaches covered with the Antarctic fur seals.  Explore the most remote continent on the planet and discover wildlife like never before.  In Antarctica, you will see beautiful the Emperor Penguins and Gentoo Penguins. Read more about our Antarctica Cruises 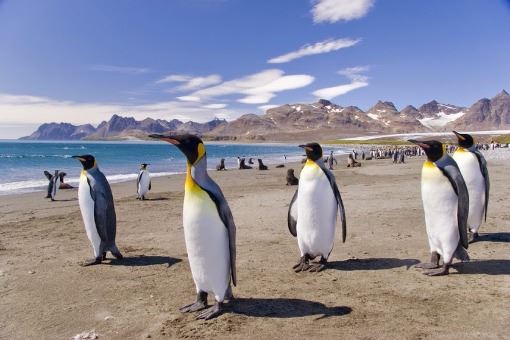 Start planning your trip to see the Penguins in South America! 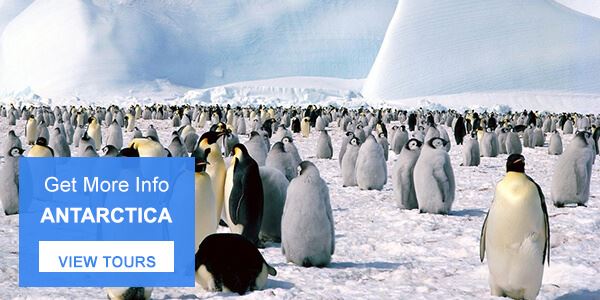